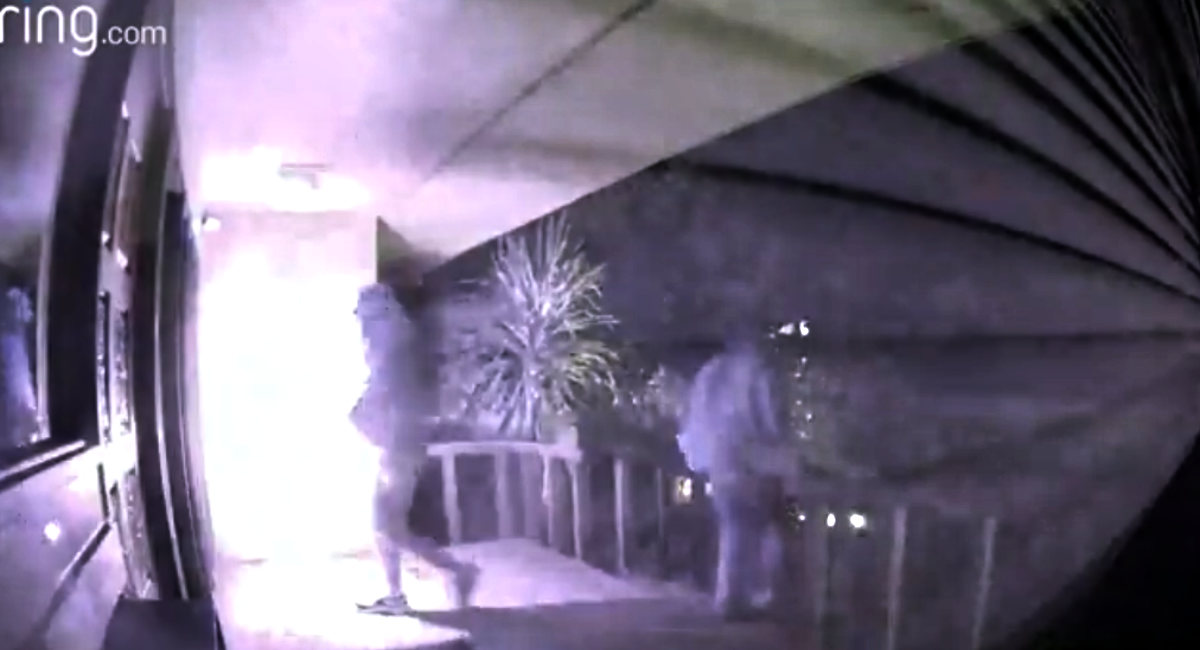 A recent wave of pro-abortion terrorist violence has swept the nation, with violence so far focused on pregnancy centers and churches. While politicians seem to have been spared, questions surround a June 13 attack on a pro-life Washington politician’s offices.

Security footage shows two masked men first smashing a window with a hammer, and then throwing a lit, flaming flare into the office of House Rep. Andrew Barkis’s office in Olympia, Washington. The flare failed to start a fire, as it landed on a masonry floor. The building is owned by Barkis, and is leased by the House Republican Organizational Committee.

Washington State Minority Leader JT Wilcox pointed out that Barkis was recently targeted online. “An attack like this changes you forever. It happened on Andrew’s birthday,” he wrote. “On the same day unhinged partisans publish a list including Andrew as an extremist, something we all know is BS. The graphic included a lit fuse. Sick.”

Early this morning a window was smashed and a lit flare was tossed into the office of my seatmate, Andrew Barkis. The building also houses the office of the House Republican election campaign. Fortunately the flare landed on a masonry floor and the building survived. pic.twitter.com/pkdc7g0uiV

Governor Jay Inslee responded on Twitter, writing, “Such attempts at violence are abhorrent. We’re thankful no one was hurt. Hopefully law enforcement is able to identify these individuals before they inflict any more harm.”

Barkis himself gave an interview to WCHS about the incident, saying, “(He) smashed the window, and the other gentleman stood behind him and soon as the window was broken, lit a flare and tossed it in the building with the intention – or hopes – of burning down the building,” adding, “This is very disconcerting. It’s obviously somebody with intent set out to burn down my business, my building for whatever reason, whether it’s politically motivated, it’s business related, we don’t know.”

However, what is known is that pro-abortion terrorist group Jane’s Revenge recently published a communique threatening more violence against the pro-life movement. They told their allies to “paint, to burn, to cut,” and said their previous attacks have been “easy and fun.” They also said they would “never stop, back down, slow down, or retreat,” and promised “increasingly drastic measures against oppressive infrastructures” which “may not come in the form of something so easily cleaned up as fire and graffiti.”