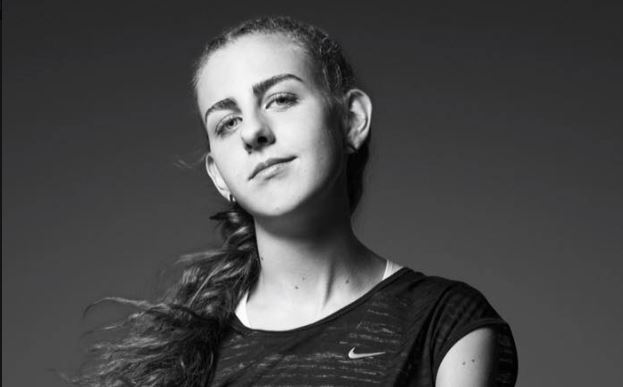 Mary Cain was an outstanding track runner in high school, arguably “the fastest girl in America.” The Bronxville, New York teen was so fast that she shattered state and national records and went on to become the youngest American ever to qualify for a World Championships team. At 16, she was recruited by Alberto Salazar, a world-renowned track coach with Nike’s famed Oregon Project program for elite track stars. Salazar told Cain that she was “the most talented athlete he’d ever seen.” But that’s when difficulties began for Cain that would lead her body and mind down a dark path and cause her to quit the Nike program.

I Was the Fastest Girl in America. Until I Joined Nike.

"I joined Nike because I wanted to be the best female athlete, ever. Instead, I was emotionally and physically abused by a system designed by Alberto and endorsed by Nike," says Mary Cain. https://nyti.ms/2Cm6SkX

In a video op-ed for the New York Times, Cain, now 23, recalled that she joined Nike’s program “because I wanted to be the best female athlete ever.” But trouble began almost immediately after she arrived at Nike headquarters. She said that she “was emotionally and physically abused by a system designed by Alberto and endorsed by Nike.” Salazar and the other coaches on the all-male staff decided that Cain needed to drop weight in order to become faster. She was pressured to take diuretics, commonly known as “water pills” because they cause the body to pee out more water and salt. Diuretics are traditionally used in patients with high blood pressure and heart issues, and are not meant for use by healthy individuals. Cain was also coerced into taking birth control pills to lose weight. She stressed in her Times interview that while her experience was extreme, the issues with the training program were reflective of a toxic culture in women’s sports that “breaks young girls’ bodies.”

As explained by the Times, “Women and girls are being forced to meet athletic standards that are based on how men and boys develop. If you try to make a girl fit a boy’s development timeline, her body is at risk of breaking down.” In Cain’s case, the diuretics caused her to lose so much weight that she became malnourished and at risk of bone fractures. Birth control pills compounded this problem because their side effect of decreased bone density leads to an increased risk of fractures. Cain reported five broken bones in a three year period.

Live Action News has reported in the past on the menstrual cycle as a direct indicator of overall health in girls and adolescent females. Because she was so malnourished, Cain lost her cycle during those three years. The pressures and emotional abuse took their toll, as Cain began cutting herself and eventually experienced suicidal thoughts. No one would help her. She finally told her parents, who urged her to quit the Nike team and come home. Now, Cain is speaking out about her experiences in hopes of starting a new chapter for female runners.

In September 2019, Salazar was banned from track and field by the U.S. anti-doping agency for four years and the Nike Oregon Project shut down in October. Nike C.E.O. Mark Parker then announced he would be stepping down in January 2020. Cain points out that these changes aren’t happening because of Nike’s treatment of girls, but of the doping scandal they were caught up in. She fears that in time, Nike will simply relaunch the program under a different name with Salazar’s assistant coaches to run it.

Cain’s story certainly sheds light on the trouble with modern women’s sports, but it also fits into a larger societal pattern of failure to appreciate the differences between men and women. When we as a society make the wombless, physiologically-different, male body the “ideal,” we end up with a world in which fertility is seen as a disease and an obstacle to professional success and where women’s bodies (and minds) are broken by their “failures” to compete like men.

Women are different from men. The sooner that we start acknowledging that reality, and working cooperatively with it rather than trying to ignore or override it, the better. Women deserve true equality that celebrates them for exactly who they are and how their bodies are designed.