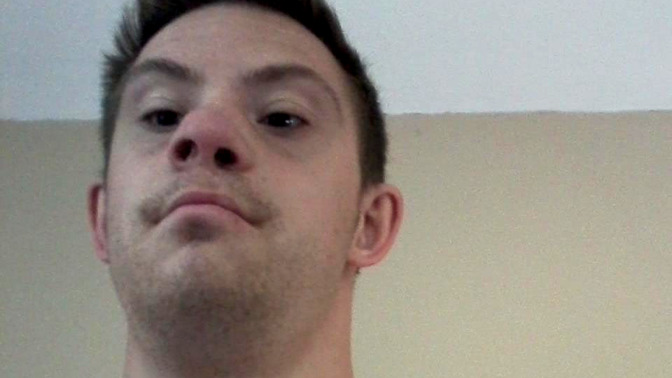 When Christopher LeVangie was born 24 years ago, his mother Donatella wasn’t given much hope for his life after he was diagnosed with Down syndrome. She was shocked at the diagnosis, she told The Sun Chronicle, but over the years her son proved that having Down syndrome wouldn’t hold him back.

“I kept hearing about all the things he wouldn’t be able to do, not what he could do. […] Back then, I wondered why this had happened to us,” she said. “Now I see that I was blessed.”

LeVangie is the oldest of four children and was the only student on an individualized education plan (IEP) to earn an academic achievement award in the 2009 graduating class at Woburn High School in Massachusetts. His teacher, Pam Ciaccio speaks highly of LeVangie saying:

They set expectations for Christopher, and they held him accountable. People like Christopher want to be successful and are enthusiastic about showing up for work every day.

Nearly three months ago, LeVangie was hired by the Renaissance Hotel at Patriot Place in Foxboro to bus tables 20 hours a week. Thanks to his strong work ethic, he’s already received a raise and has been given the opportunity to learn cooking from the restaurant’s executive chef. He’s become a star at work, even being sought out by Patriots cheerleaders for a photograph.

“Even if there’s nobody looking, do the right thing,” said LeVangie. This mentality is likely what makes him such a success at his job and his life.

His work ethic and enthusiasm comes from how he was raised, and the fact that his family has always had high expectations of him.

“We have a saying we like to use: ‘Don’t dis my abilities’,” explained his mother.

LeVangie has gone through 14 surgeries due to Down syndrome and life hasn’t always been easy. But he his mother says he always makes an effort and is a determined person, proving that life with Down syndrome can be fulfilling, successful, and rewarding.