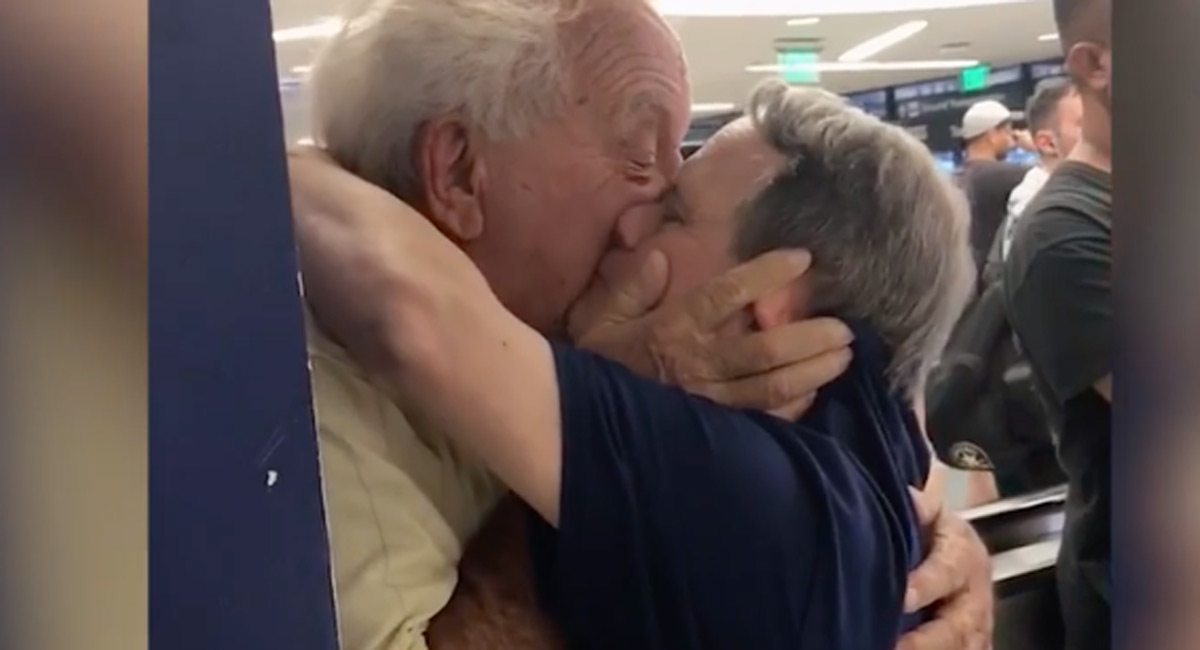 Matt Cobrink, a 53-year-old man with Down syndrome, had never been separated from his 88-year-old father Malcolm for days at a time… until this summer, when he flew from Los Angeles to New York to see his favorite baseball player, Aaron Judge of the New York Yankees. The trip lasted almost a week, and when Matt returned home, he was extremely eager — and overjoyed — to see his father again, hugging and kissing him. Matt’s older sister Marcy captured the emotional homecoming and shared it on Facebook, where it was shared again and again, and quickly went viral:

Marcy told People, “I knew that my brother and my father are so closely attached, and I knew that after five days my brother was going to really be missing my father. They’re never separated for five days!” She says that sort of reaction is typical of her brother, whom she says is “really very loving and happy to see everybody!”

Marcy said that since she posted the video to social media, people have been responding extremely positively. “People all over the world were sending me pictures of their children with Down Syndrome, telling me that it made them cry, that they’re so happy to see such a long, loving relationship between my father and my brother,” she told People. “It gives them hope for their children or they have a cousin who has Down Syndrome. And that it’s so nice to see something that’s happy instead of things that are negative.”

READ: Discriminating against people like my son, with Down syndrome, must end

People notes that “About one in every 700 babies in the country is born with Down Syndrome…. About 6,000 babies in the U.S. are born with the chromosomal condition each year.” However, the online magazine fails to mention that a majority of babies diagnosed with the condition prenatally are aborted for that reason. In Iceland, nearly 100 percent of babies diagnosed in utero with Down syndrome are aborted. In America, around 67 percent of women who receive such a diagnosis choose to abort.

Tragically, we live in a world that feels touched by the love between Matt and his father, yet finds it acceptable to eradicate people just like Matt before they ever have a chance to be born and experience the love of their parents and families. Hopefully, people like Matt and his father can show the world that a Down syndrome diagnosis is nothing to fear.