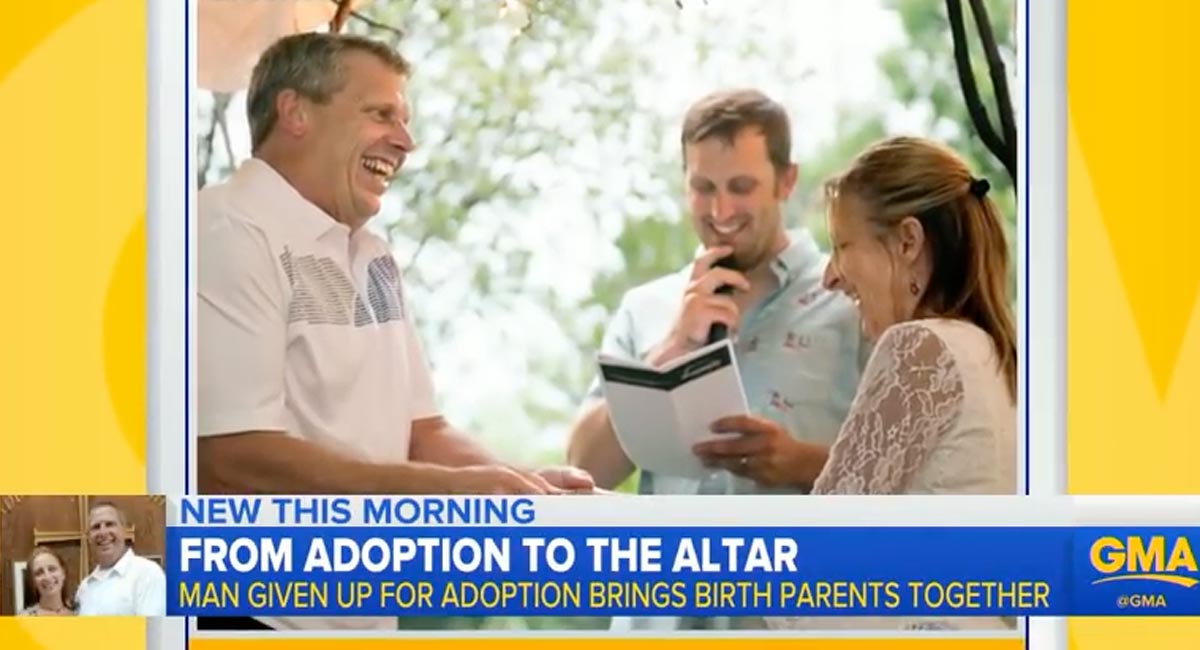 When Martin Schmidt turned 18, his adoptive parents gave him the names of his biological parents so he could decide whether or not he wanted to reach out and get to know them. But it wasn’t until he was in his early 30s and was an expectant dad himself that he decided to get in touch with his biological mother, Michele Newman, who was living in Hawaii at the time. Little did Martin know that he would play an amazing role in his biological parents’ future.

When Michele gave birth to Martin, she was a high school junior. Martin’s father was older but still in high school and was working at a dairy farm. They broke up before she knew she was pregnant, and after she had Martin and graduated high school, she moved away, living in various cities over the years. She had married twice but never had any other children.

When Martin found Michele through the the Wisconsin Department of Children and Families, they spoke on the phone, and it was very emotional. Michele told the New York Times, “It was just incredible, and overwhelming to hear his voice.” Martin added, “We were two strangers, meeting for the first time, who already had an emotional bond.” Michele told the Times she had always wondered about Martin, and “felt so blessed that this happened in my life at 50-something years old.”

Michele eventually contacted Martin’s biological father, Dave Lindgren, whom the Times says “had married three times and had become a father many times over,” with three other biological children and four stepchildren. As it turned out, Dave was going through a divorce. Dave and Michele started talking on the phone about Martin, and eventually, those conversations became more frequent until Dave decided to visit Michele in Hawaii. At the time, Michele didn’t think of it as a romantic relationship. When Dave arrived at the airport, however, Michele told the Times she saw him and she knew “the minute I saw him” that she was in love with him. Dave said the same. “I could just tell,” he said. “This is it.”

Still, the couple lived 4000 miles apart. Michele still lived in Hawaii… but that wasn’t the case for long. She opted to move back to Wisconsin to be closer to her mother, and fortunately, that meant she was also closer to Dave. Eventually, Dave proposed to Michele, and when the couple married, Martin — their biological son and reason for reconnecting — officiated. The story of their journey together is beautiful, and it was possible because they chose life for their son, Martin, who found his way back to them.

Michele said at the wedding, “With every blessing, there’s some sadness. But I wouldn’t change any of this at all. The day that I got the call that Martin wanted to reach out to us was the best day of my life. And it’s just gotten better every day after that.”