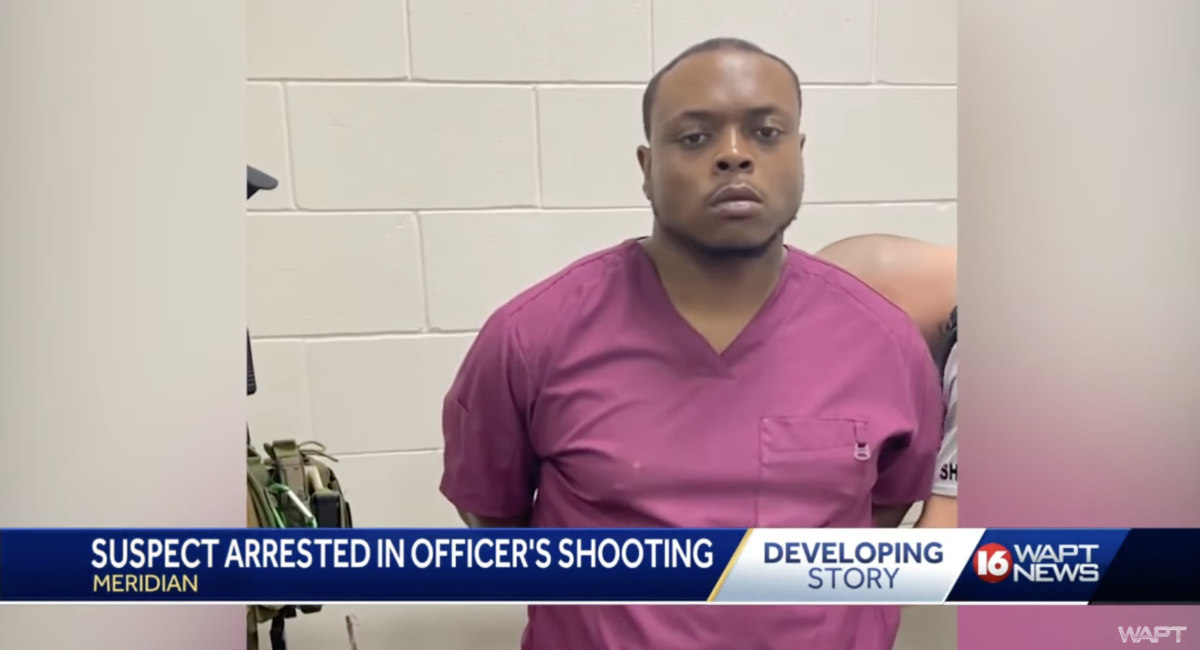 A man accused of killing his pregnant fiancée and a police officer who responded to a domestic violence call has been captured and arrested by police in Mississippi.

Dante Bender allegedly killed officer Kennis Croom, age 30, on June 9, the same day he is accused of also shooting and killing his own fiancée, Brittany Jones, who was allegedly pregnant with his child. Croom, though it was his day off, was on-duty and had responded to a report of domestic violence. He was the first officer to respond and reported that he was holding one person at gunpoint before advising that shots were being fired. The second responding officer arrived and called in that he found Croom “down.”

Jones was declared dead at the hospital, though reports say she was found dead at the scene. She was pregnant and was the mother of four other children at the time of her murder.

Bender is a former police officer and ran from the police after killing Jones and Croom, launching a manhunt that ended on Friday morning. Croom was the son of Kelvin Croom, senior pastor at College Hill Baptist Church and a former University of Alabama football player. He was also the nephew of Sylvester Croom, former assistant coach at Alabama and in the NFL, and he was the first Black head football coach in the Southeastern Conference when he was hired at Mississippi State. Croom’s grandfather, Sylvester Croom Sr., was regarded as one of the most important civil rights leaders in Tuscaloosa during the 60s and 70s.

Tragically, murder has become the leading cause of death among pregnant women in the United States. A 2021 study found that pregnant women are twice as likely to die by homicide than pregnancy-related causes. Two-thirds of the homicides occurred in the woman’s home, suggesting that her partner was responsible for her death.

It remains to be seen how many murders Bender will be charged with, though he has claimed he is innocent.