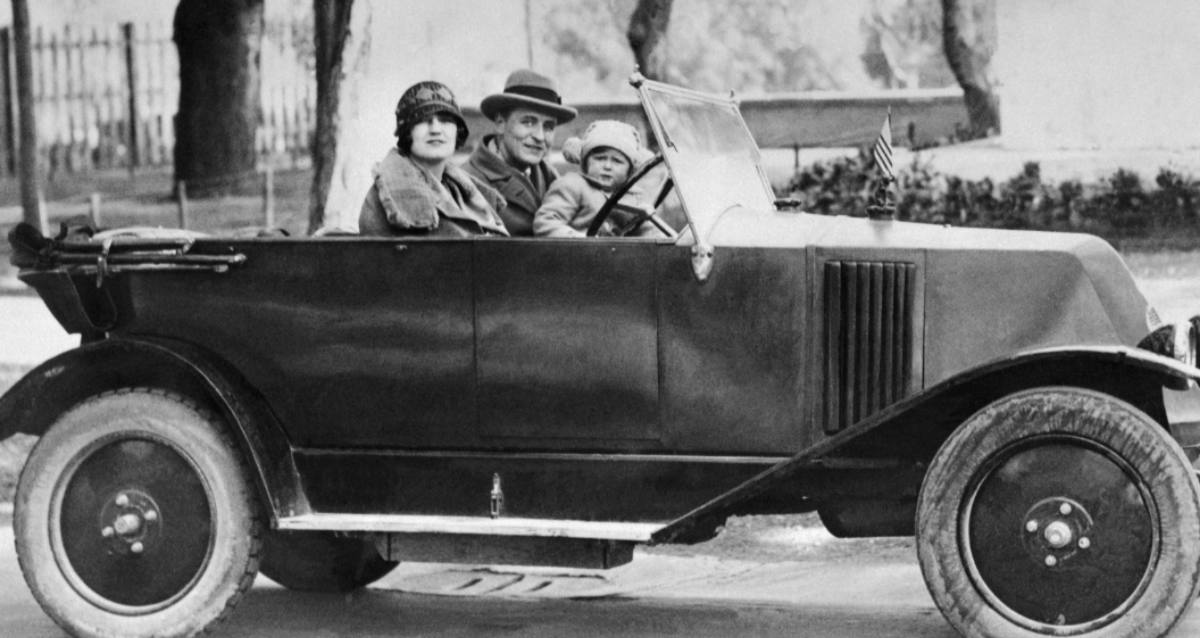 (The Bridgehead) The tragic trajectory of F. Scott Fitzgerald and his wife Zelda has long since become a legend of the Jazz Age, looming large in the American literary landscape. Scott produced four novels and four short story collections; Zelda painted and wrote one novel, Save Me the Waltz. Despite a career crippled by drink and reckless self-destruction, Fitzgerald’s The Great Gatsby is one of the great American novels, a chilling depiction of the excesses of the Lost Generation. Generations of biographers and literary scholars have argued over whether Fitzgerald’s drinking drove Zelda’s struggles with mental illness, or her instability drove his alcoholism. Not even Scott himself could answer the question.

There is, however, an almost totally unknown aspect of their story that sheds more light on their misery: the fact that Zelda’s crippling mental illness was likely due, in part, to her abortions.

Early on in their turbulent relationship, Zelda declared herself opposed to abortion in no uncertain terms. According to biographer Sally Cline, Zelda thought herself pregnant prior to their 1920 marriage—and Scott mailed her abortion pills. She refused to take them. “I wanted to, for your sake, because I know what a mess I’m making and how inconvenient it’s all going to be,” she told him, “but I simply can’t and won’t take those awful pills—so I’ve thrown them away I’d rather take carbolic acid…I’d rather have a whole family than sacrifice my self-respect…I’d feel like a damn whore if I took even one.”

Several biographers believe that this may have inspired a scene in Fitzgerald’s 1922 novel The Beautiful and the Damned. In the first (and unpublished) draft, Gloria believes herself to be pregnant and Anthony asks her if she can “talk to some woman and find out what’s best to be done. Most of them fix it some way.” Gloria asks if he wants the child; he says he is indifferent. The ending made it into the published version—Gloria turns out not to be pregnant, after all. Fitzgerald portrays Gloria as extraordinarily self-centred, musing that if she has the baby, “I might have wide hips—and no radiance in my hair.”

Cline objected to this depiction. “This published fictional interpretation of Gloria/Zelda’s reaction to another pregnancy is considerably more extreme than Zelda’s real-life response,” she wrote. “In an earlier manuscript version, in which significant differences occur, Scott more accurately portrays Zelda’s responses. In that version Gloria is genuinely distressed…This earlier, stronger manuscript shows Anthony sharing the decision and stresses Gloria’s human qualities.” It also shows Anthony suggesting the abortion, just as Scott apparently did when told that Zelda might be pregnant.

Their daughter Frances Scott—“Scottie”—was born in St. Paul, Minnesota, on October 26, 1921. Despite frequently abandoning Scottie to pursue a hard-partying lifestyle, the Fitzgeralds adored her. They also assumed that Zelda would not get pregnant again, since she was breastfeeding. According to Linda Wagner-Martin in Zelda Sayre Fitzgerald: An American Woman’s Life, they discovered that she was expecting another child in January or early February. They were both drinking heavily, especially as celebratory gatherings were hosted in Scott’s honor upon the publication of The Beautiful and the Damned on March 3. Zelda could not fathom having another child. While celebrating in New York, the Fitzgeralds procured an abortion.

In his ledger for March 1922, Scott recorded a single, cryptic line: “Zelda and her abortionist.”

According to Wagner-Martin, Scott seemed distant from the process, and she speculated that his ambivalence was due to his Catholic upbringing. This would be seemingly belied by his previous attempt to persuade Zelda to undergo an abortion. She also writes that Scott’s love for his daughter may have opened his heart to the possibility of more children, perhaps a son. But this, too, seems unlikely, as according to Sara Mayfield, a friend of the Fitzgeralds and author of the 1971 Exiles from Paradise: Scott and Zelda Fitzgerald, this abortion was not the last, but rather the “first of three similar incidents, each of which drove another wedge into their marriage.”

The abortions haunted the couple. “In a later letter to Scott which analysed the events that led to her first asylum incarceration, Zelda specifies ‘pills and Dr. Lackin’ in New York during a house-hunting stay while still officially resident in St. Paul,” Sally Cline wrote in Zelda Fitzgerald. Zelda’s sister Rosalind, who knew multiple abortions had occurred, asked Scott whether they had been a partial cause of Zelda’s mental breakdowns. Additionally, Cline noted: “As far as Zelda’s health was concerned, the termination was to have tragic effects on her ability to conceive and would result in many years of gynecological problems.”

The second abortion was regretted deeply by both husband and wife—in a terse entry in one of Scott’s Notebooks, his description portrays his horror: “His son went down the toilet of the XXXX hotel after Dr. X—Pills.”

Sara Mayfield argues, convincingly, that the final abortion took place in June of 1926. Scott referred to an appendectomy in Paris in a June 25 letter, but Mayfield believes that was a euphemism for another abortion. Scott’s ledger for June 1926 refers to an operation, not an appendectomy, and seven months later, in January 1927, he records an appendectomy. Zelda could scarcely have had her appendix removed twice. Also, in May 1926, Zelda switched doctors briefly—and never went to see the new physician again, making it likely that she’d sought a new doctor for the abortion.

Another piece of evidence is the fact that while Zelda recovered physically from this operation, she became increasingly unstable and erratic thereafter. At one point, she threw herself in front of a car in the early morning hours after a party and dared her husband to run her over. Fitzgerald friends noted how miserable they seemed; the parties seemed increasingly like a desperate hunt for unreachable happiness. The fierce drinking of powerful Prohibition liquor, the wicked hangovers, the incessant financial strain of Fitzgerald’s flagging writing career—all of these pushed the doomed children of the Lost Generation into feticide and grief. Zelda’s first mental breakdown came in Paris in 1930, and she would spend the rest of her life in and out of asylums and hospitals.

READ: Study: Most post-abortive women say abortion did not make their lives better

The tragic ending to Scott and Zelda’s tale is well-known. Scott died of alcoholism-induced heart attack at the young age of 44 in 1940, six years after the publication of Tender is the Night. By then, his boozing had made writing difficult, and he had turned to writing Hollywood screenplays to pay the bills. His final novel, The Last Tycoon, was completed by his friend Edmund Wilson and published a year later. Zelda, who had been diagnosed with schizophrenia and in and out of mental institutions for years, perished in a fire at a hospital in Asheville, North Carolina on March 10, 1948. Scottie, who was frequently cared for by a nanny and then sent off to boarding school in Connecticut, graduated from Nassar shortly after her father’s death and later became a novelist.

During his short, squandered life, F. Scott Fitzgerald wrote some of the greatest lines of American literature. Towards the end, he was filled with regret for all he had lost and thrown away, and I often wonder if his mind lingered on the children he and Zelda had never met—the son who “went down the toilet” of a hotel room; the child killed with pills. “Always, after he was in bed, there were voices—indefinite, fading, enchanting—just outside his window,” he wrote in This Side of Paradise, “and before he fell asleep he would dream one of his favorite waking dreams.” He had loved Zelda deeply, but their relationship had been poisoned with alcohol, infidelity, and abortion, the price they paid for their reckless lives.

Perhaps his tender lines in The Great Gatsby, rendered heartbreaking in retrospect, capture something of the tragedy. “For a moment the last sunshine fell with romantic affection upon her glowing face; her voice compelled me forward breathlessly as I listened—then the glow faded, each light deserting her with lingering regret, like children leaving a pleasant street at dusk.”

Editor’s Note: This article was published at The Bridgehead and is reprinted here with permission.