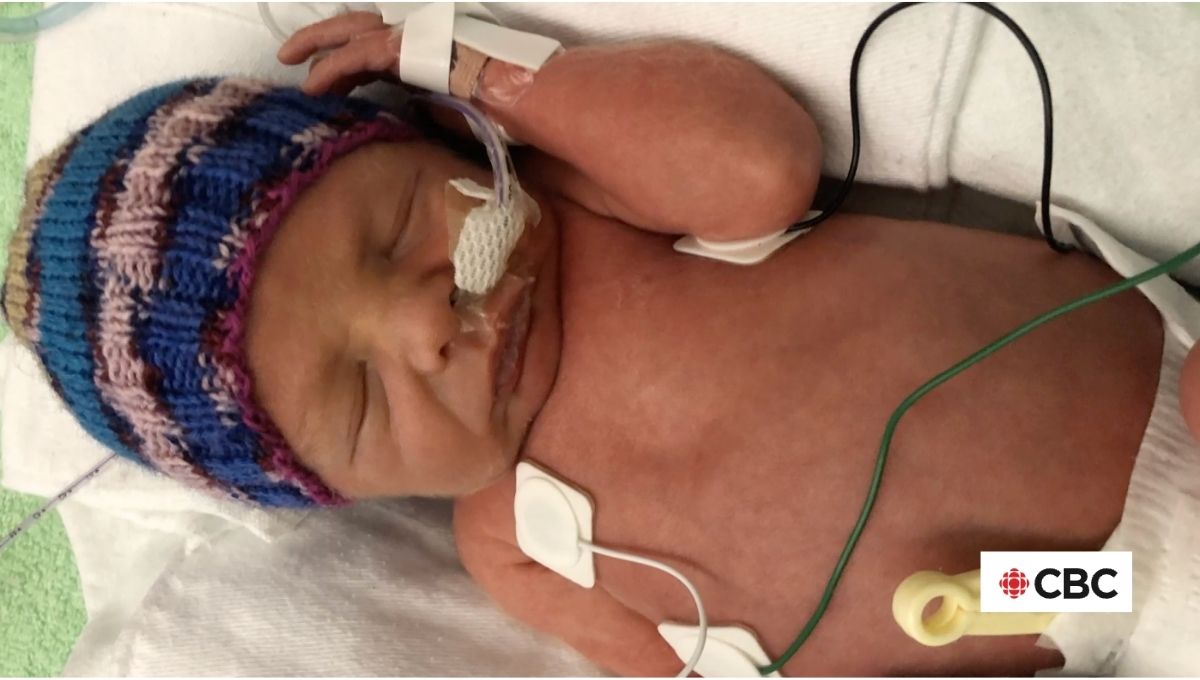 After damaging floodwaters ripped through British Columbia earlier this month, a couple and their premature baby boy were left stranded on their way home from the hospital. Thankfully, local mothers stepped in to help.

Kaytlin Toews and her partner Benjamin were excited to finally bring their son Jackson home after he spent over a month in the neonatal intensive care unit following his premature birth at 31 weeks. But as they made their way home on November 14, flooding in the province blocked their route, leaving them stranded with very few baby supplies.

“[We] didn’t have a single thing except his diaper bag, which had one diaper in it, and a pack of wipes that had two wipes left in it,” Toews told The Current.

The family of three sat in stalled traffic on Highway 1 before police arrived and began telling everyone to turn around. By the time they were able to return to the nearest town, the hotels were full. There was no place for the couple and their newborn baby to stay for the night.

“That was so stressful — being in Abbotsford, then having no hotels, already being stranded for over two hours, little man getting cranky and having nothing for him,” said Toews. But then strangers came to the family’s assistance.

Workers at a resource center in Abbotsford were able to find the family a hotel in Langley, half an hour away. When Toews was leaving the center, she ran into Cashtyn Groeneveld, who was donating supplies for those stranded by the flooding. Also a first-time mother, Groeneveld jumped into action to help Toews.

“She told me she didn’t have anything and basically that her little four-pound baby was going to sleep in a dresser drawer that night,” Groeneveld explained. “I just thought, ‘Oh, you know, for a baby that small, we can’t have that.'”

After going online to ask other local families for any baby supplies they could donate, Groeneveld had offers pouring in. “I had probably 40 women message me in the first hour and a half of that post being up, offering everything from diapers to car seats,” she said. “One woman even reached out and said, ‘You know, I might have a chartered flight home for her.”

Toews was gifted with diapers, wipes, formula, clothing, a playmat, and more. The family spent a week in the hotel in Langley before finally being able to return home.

“It felt very personal and very much like we were meant to run into each other in that way and I was supposed to help her,” said Groeneveld. “I didn’t really do much else other than co-ordinate a couple of donations and dropped them off to her.”

But that act of kindness made all the difference, as Toews explained, Groeneveld “made being in the hotel feel like home…”

The two mothers are hoping to reconnect once the highway is back open and Toews said that someday she’ll have a great story to tell baby Jackson.