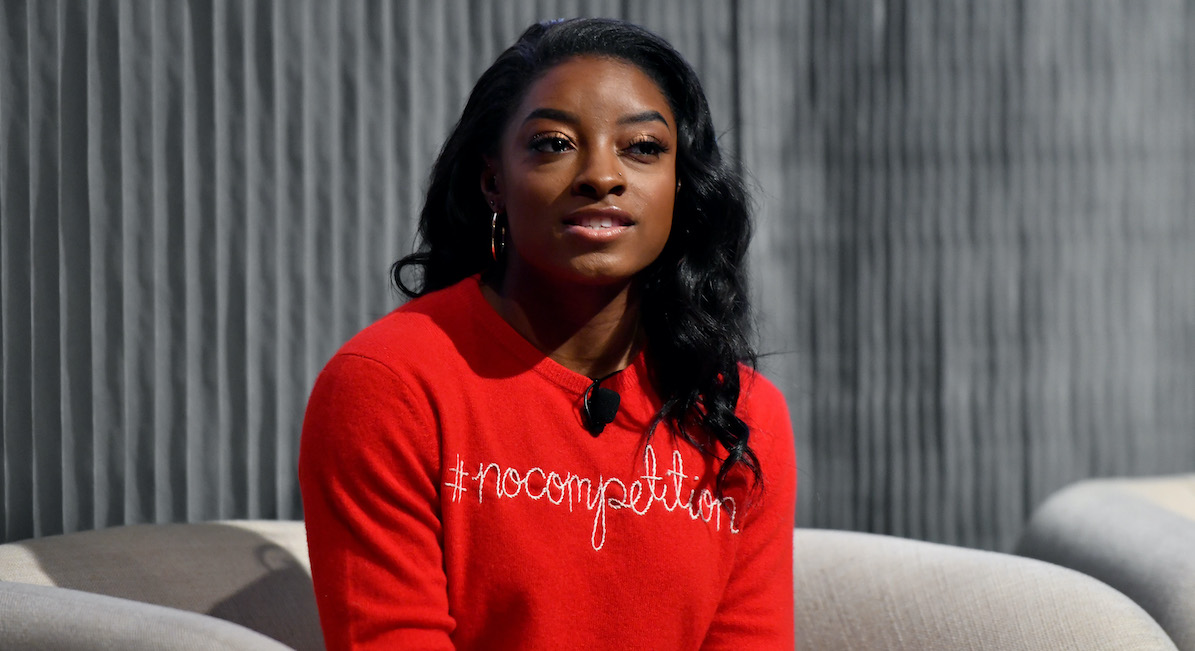 Simone Biles, considered the greatest gymnast of all time and one of the most decorated Olympians ever, is one of the best athletes in the world and has overcome difficult circumstances to get there. Now, as she prepares for what she says will be her final Olympics, she’s reflecting on her life and how she became an Olympic legend.

In an interview with 60 Minutes, Biles discussed her athletic talent, the difficulties of the training she had to endure, and her time spent in foster care. Born to a single mother who was struggling with drug addiction, Biles and her siblings were placed in foster care. “Although I was young when my foster care ordeal began, I remember how it felt to be passed off and overlooked,” she previously wrote. “Like nobody knew me or wanted to know me. Like my talents didn’t count, and my voice didn’t matter.” After three years of being shuffled from foster home to foster home, her grandparents — who became her parents — discovered what was happening.

“I remember we didn’t really have a lot of food. We were always hungry,” Biles told 60 Minutes. “And we went to, like, my Uncle Danny’s house. And they gave us cereal. But we didn’t have any milk, couldn’t afford milk. So we just put water in it. And he was like, ‘Look, it’s the same thing.’ And we were like, ‘Nope, it’s not, but okay, nice try.'”

Eventually, Biles’ adoptive father (also her biological grandfather) Ron Biles was contacted by a social worker. “I wasn’t aware that it was that bad,” he said. “I mean, just the thought of them being in foster care — it just sounded so bad, and at that time we had the ability to take care of them. So, ‘Send them to me.'”

Biles and her sister Adria were adopted by their grandparents, Ron and Nellie Biles, and they were the ones who decided to enroll her in gymnastics. Described as “fearless,” it didn’t take long before Biles was dominating the competition. But while training under notorious coaches Béla and Márta Károlyi, she had to suffer through some of the same struggles she went through as a young child. The gymnasts’ meals were strictly monitored and rationed, and Biles said they were forced to take drastic measures because they were so hungry.

Additionally, Biles was one of the hundreds of girls victimized by USA Gymnastics team physician Larry Nassar. Gymnasts have since alleged that the emotionally abusive environment at the Károlyi ranch allowed Nassar to take advantage of the girls he was supposed to be caring for. Originally, Biles refused to talk about it.

READ: Simone Biles: From foster care to the most decorated gymnast of all time

“[I]t was so hard for me to even say it out loud, that I knew how hard, like, it crushed me,” she said. “It would crush my parents. And I didn’t want them to feel the same pain that I felt. Because it was very dark times.”

But eventually, Nassar’s victims began coming forward, and as his sentencing hearing neared, Biles eventually opened up to her mom. “She was crying. And she said, ‘Mom, I have to talk to you.’ And I know Simone well, and I knew,” Nellie Biles told 60 Minutes through tears. “I knew what the conversation was going to be. We just cried and cried. And she didn’t say anything. We just cried because I knew.”

Biles has continued training and competing, and was supposed to be part of the 2020 Tokyo Olympics, her last Olympic games ever — but when the COVID-19 pandemic struck, the games were cancelled, sending Biles into depression. “I just sat there and I was like, ‘I really don’t know how I’m gonna do this. Like, another year out? I don’t think it’s possible for me at this point mentally,'” she said, adding, “Pushing through those trainings when I had in my mind, ‘In three months I’ll be done,’ it’s like, how do you push back for another year?”

She ended up taking seven months off, and considered stopping without having one last Olympic games. But with encouragement, Biles came back, stronger than ever and ready to dominate again. “I talked to my coaches and Cecile especially was like, ‘You know what, Simone? You’ve trained so hard for this. Why would you give it up?'” she recalled. “And I’m, like, ‘Yeah, you’re right. Like I didn’t come this far to only come this far.'”