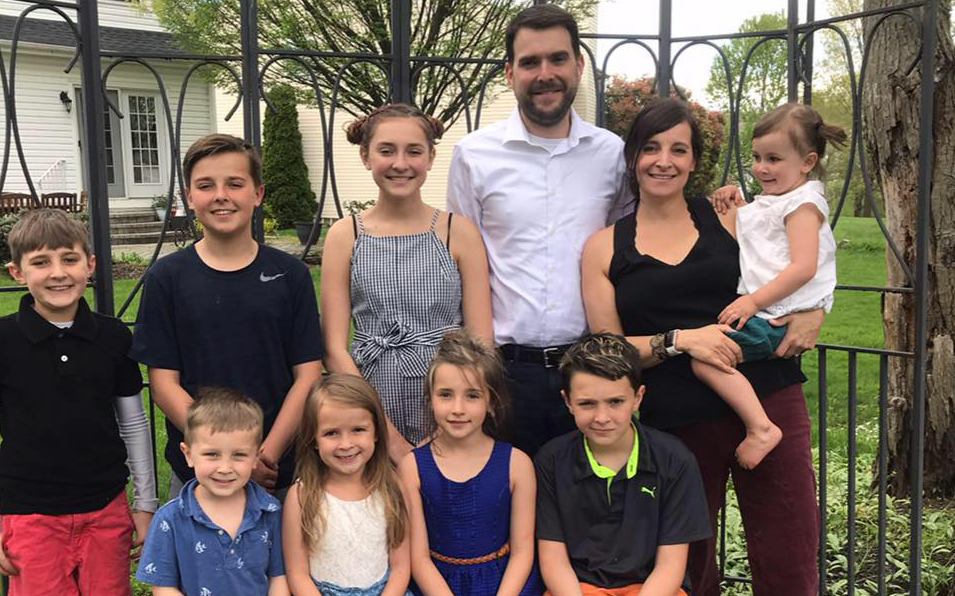 Eight-year-old Chloe Davidson and her four-year-old sister Joelle are both one in a million – or one in 1,461 to be precise. They not only share the same birthday but they’re both “leaplings” or “leapsters”. They were born on leap day 2012 and leap day 2016.

“I’ve always wanted a leap year baby, ever since I was little,” their mother Jamie Davidson told TODAY Parents. “I had a teacher who was 64 but our whole school celebrated her 16th birthday, and I thought that was super cool.”

Not only do the sisters share a rare birthday, but the doctor who delivered them both, Dr. Eric Grossman, is also a leapling, born on leap day 1972. He told TODAY Parents that he remembers “casually joking” with the Davidsons about how they may have a leap day baby and how fun that would be, but the odds were against them.

Chloe is baby number six for Davidson and her husband Josh, and Joelle is baby number eight. They came close to a leap day baby with their fourth-born who was due on leap day but didn’t arrive until March fourth. Davidson was induced for Chloe’s birth since she has a history of late deliveries, but Joelle arrived weeks early when her mother began to suffer from preeclampsia. Her due date was St. Patrick’s Day.

“We were like, ‘Oh my goodness, that falls on leap year,'” said Davidson. “(Grossman) was like ‘Are you sure you want another one on leap year?’ … We thought it was just so cool that that fell into a leap year and that would be the second one of my daughters that he delivered on his birthday.”

Grossman told TODAY Parents that he enjoys working on his birthday and delivering other leap day babies. This year, he joined Joelle and Chloe to celebrate their unique birthdays together. He said while Joelle at age four doesn’t quite understand what all the fuss is about, at age eight Chloe loves having that extra celebration every four years.

“Some people get stressed out about having a baby born on leap day but I’ve never suffered for it,” said Grossman. “I think most of the occasional people I meet who also have a birthday on Feb. 29 are happy to have such a unique day. It’s almost like a little club of Leapsters.”