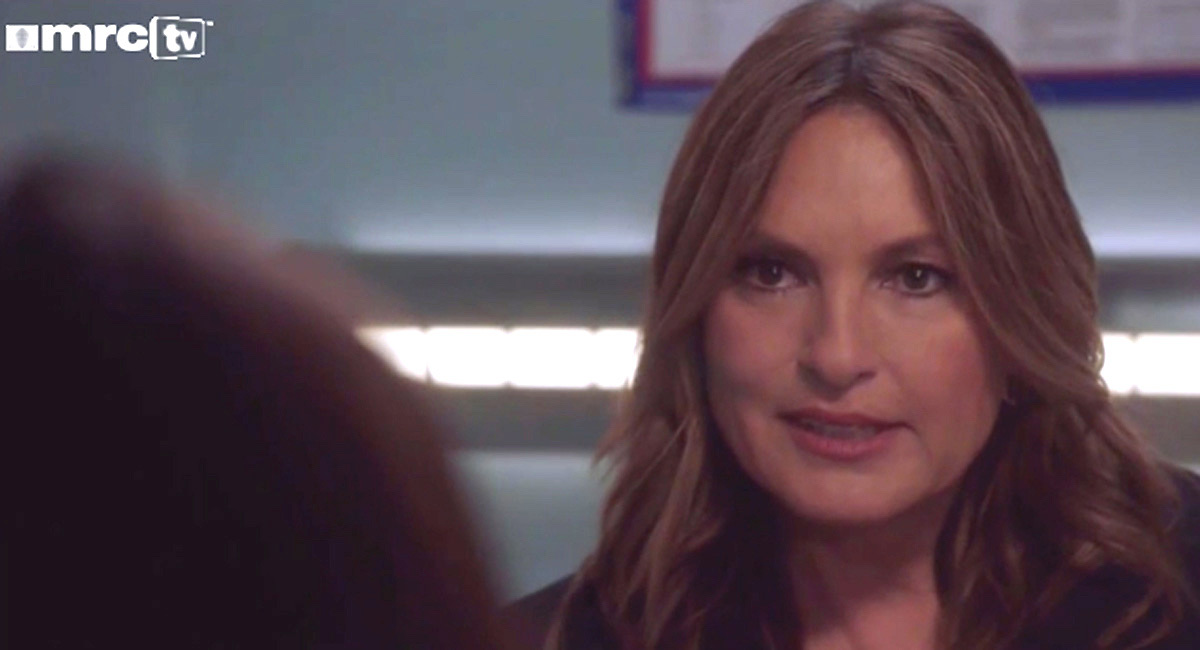 While many use rape as a reason for a woman to have an abortion, popular TV show “Law and Order: SVU” offered a surprising and poignant defense of preborn children conceived in rape, with the main character, Olivia Benson, pointing out that babies in these situations are innocent and don’t deserve the violence of such a cruel death.

Benson, portrayed by actress Mariska Hargitay, is investigating the alleged rape of a girl named Kitty by her therapist. When the Special Victims Unit begins investigating, Kitty realizes she is pregnant, and immediately thinks that abortion is her best choice, even though she dreamed of having children of her own. “I always dreamed of being a mom,” Kitty said. “I had this doll when I was five, Penelope. She came with a bottle and a diaper. My imaginary husband was this handsome prince named Sebastian. I never thought that my baby’s father would be a man who raped me.” Benson tries to reassure Kitty, telling her that she was strong and could get through it, but Kitty remains steadfast in her decision to have an abortion. “I could never love a baby who was conceived by a monster,” she says, before asking Benson what she thinks. And this is the first of several pro-life moments in the episode.

“If it was me… you know, I’m–I’m, um… it’s hard for me to be objective,” she begins. Benson’s storyline involves the background of being conceived in rape herself. “But I think that you’re raw right now, and with some distance you’ll realize that… that this baby is half yours. And no matter what happened to you, he or she… it’s not their fault.”

After the rapist is found guilty, Kitty and Benson talk more about what she will do, with Kitty admitting that she hasn’t yet decided. And as her child grew, she felt more unsure. “I felt the baby kick this morning,” Kitty said with a wide smile on her face. “It really reminded me of what you said, you know, what happened to me is not this baby’s fault.” Benson admits that raising a child conceived in rape will be hard sometimes, but still encourages her to remember that the baby is innocent.

“You know, I’ve known women in your exact position who have decided to raise their daughter or their son. And some days they don’t even think about it, and other days… ” she said. “You know, even though your baby was conceived in an act of violence, your baby is innocent… and deserves to be unconditionally loved. Promise me that if you decide to become a mother… that you’ll remember that.”

READ: I was conceived in rape, but I don’t deserve the death penalty for the crimes of my father

While it’s common for people to argue that abortion is needed for babies conceived in rape, women like Jennifer Christie say otherwise. Christie survived a brutal sexual assault, and chose life for the child conceived in the attack. And in post featured on Live Action News, she accused people of wanting to speak for rape survivors, instead of being willing to listen to them:

The woman WAS a victim (though we prefer the term “survivor”). As a result? Most of the time she doesn’t choose to victimize someone else. Having just been an innocent violated in a soul crushing manner, she can’t then crush another innocent who is a part of her and didn’t even exist at the time the crime was committed. Yes, part of HER. As much as any child of hers is. Somehow people gloss over that.

Why is it that many are so eager to speak for women who conceive in rape yet so unwilling to listen to us? To HEAR us?

Don’t assume you know how you would feel. Until you’re staring at an ultrasound screen looking at your child, you don’t know….

Our children are not defined by their conception any more than we are defined by one horrible event.

It’s something that happened. It’s not who we are.

Our children are just our children. They are a million things that have nothing to do with rape. Can we all… just accept that children who have done nothing wrong should never be sacrificed for the false notion of “closure” or “having a reminder”?