In a 40 Days for Life podcast on February 11, 2020, former abortion worker Julie Wilkinson recounted her time working at Warren Hern’s late-term abortion facility in Boulder, Colorado. Hern is one of the few abortionists in the nation who offers abortions through all nine months of pregnancy.

Wilkinson worked for Hern in the 1980s. She explained that her training as a nurse, where she was taught to separate herself emotionally from traumatic experiences, helped her adjust to working for Hern:

As a nurse, you have to remember that part of being a nurse is becoming accustomed to seeing things that would be really difficult for the average person to see, and in order to keep functioning, you build an emotional wall… so that you protect yourself. Because – I had worked in ICUs and things, before at Warren’s. So, you see things… but you have to be able to keep functioning and you have to be able to set aside certain feelings in a box. So that’s what I did in the clinic…. I saw lots of things in the clinic. But I put those things in a box.

Wilkinson believes that Hern, who is in his 80s and still doing abortions, has a sense that abortion is his ‘mission’:

[I] believe for many doctors in the abortion business it’s a way to make quick money. But I really believe that for Warren, it’s a mission. He feels passionate about doing abortions. That was clear to me even in the mid-eighties, that this was something that – I think he feels it’s a noble cause. 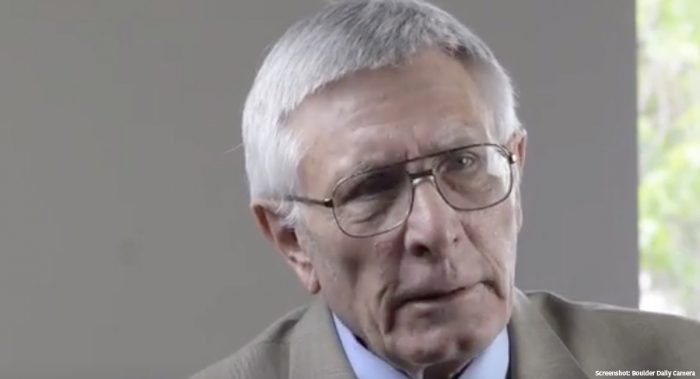 She talked about Hern’s lack of warmth. He barely spoke to the women who were his patients:

He’s not a people person at all. That’s what, to me, came most strongly.… I don’t believe he feels any sort of genuine compassion for the people.… I didn’t see empathy exhibited, really…  He was very emotionally distant from the aspect of what he was actually doing. He was much more interested in the outcome, that he was reducing pregnancy….

He might have a good day when he had [a] little bit of a sense of humor, but nobody — nobody — thought of him as a warm person at all. You know, let’s get in, let’s get it done, and that was that. And I don’t know if he was like that before or not, that just may be who he is. Maybe that’s what makes it possible to be 80 and still want to abort babies.

Wilkinson recalled a wealthy, married couple pregnant with twins who came to Hern wanting a child, but unsure how twins would fit into their lifestyle — and shockingly, they had a second trimester abortion for this reason:

They were well-off and married. There weren’t the typical sociological issues you saw with some of our patients. … [T]hey weren’t sure that twins would fit their lifestyle. They were quite open about that. And so, they wanted to look at all their options, which included visiting people they knew who had twins to see what life was like with twins. The other thing they wanted to explore was, well, what would it be like if we just eliminated this pregnancy. And mind you, they were already at 16 weeks at least. And I think we all sort of silently hoped we wouldn’t see them again … sadly, they did return and decided that twins weren’t going to fit their lifestyle, and had perfectly healthy twins aborted.

Even the abortion workers were troubled by the abortion. “We were kind of shaking our heads,” Wilkinson said, “because we thought, oh, they’re fine. They can afford this, and they decided not to.”

But Wilkinson did not have a sudden conversion that led her to quit. Instead, the negative atmosphere at the facility took a toll on her and she eventually decided to leave:

I wish I could say that it was, one day I woke up and the scales fell from my eyes. But I think it was really time going on and just not feeling like — I guess — not feeling like I was fulfilling myself as a nurse. I still was not opposed to [abortion] being legal, per se, but it’s certainly a negative drain on your battery.… It’s never going to be a positive because you’re not going in there giving somebody something that makes them well again, and they leave.

Somebody always dies on a workday… Lots of somebodies. …I believe God was working on my heart, and I wasn’t even aware of it. I considered myself a Christian. Don’t ask why I thought that was an okay place to work.

Wilkinson’s very next job was in an NICU, caring for premature infants the same age as the ones she helped to abort. Still, it took some time for her to become pro-life. Now, she is dedicated to protecting preborn children.