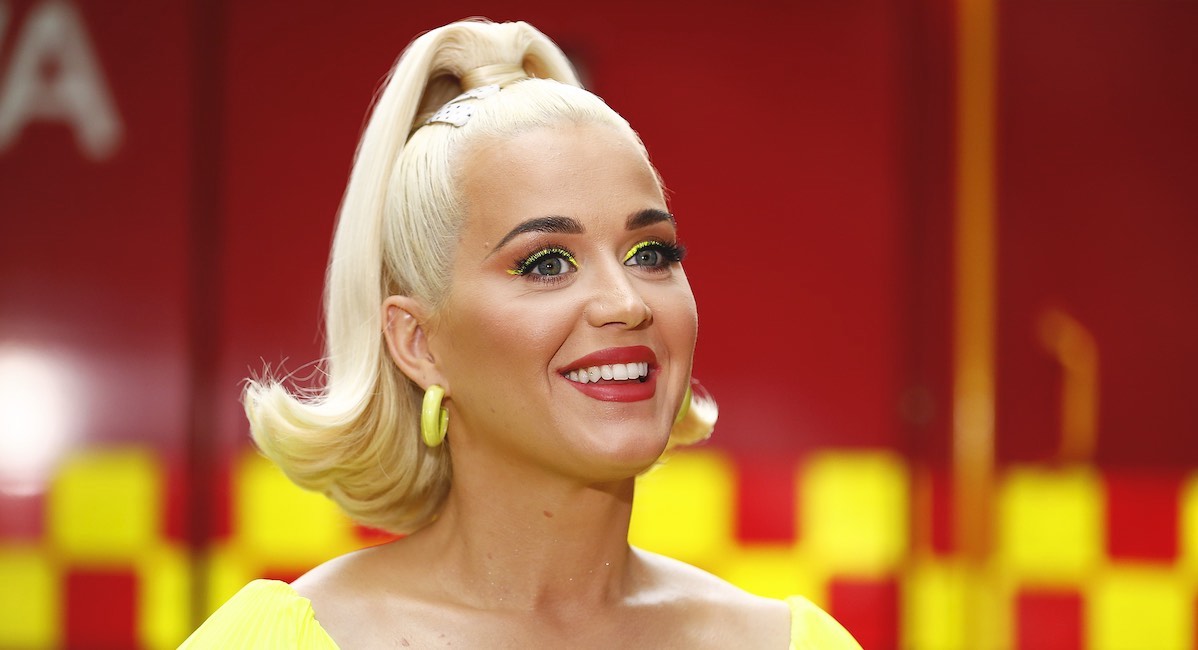 The entertainment world is abuzz with Katy Perry’s recent pregnancy announcement, made as a surprise ending to her music video for her new single, Never Worn White. Like other celebrity reveals, her announcement is garnering a lot of attention.

After months of wearing strategically-tailored or loose-fitting outfits and carrying oversized purses in public, Perry showed off her baby belly. While donning a long, white, somewhat bridal gown in theme with the video, she cradles her belly towards the end of the music video, and then in the last shot, she leaves no doubt by posing in a transparent, maternity photoshoot-style drape.

You are cordially invited to the premiere of #NeverWornWhite 🤍 Join me on the @YouTube watch page tonight at 8:30pm PT and chat with me (promise not a bot! 😛) before the video premieres at 9pm PT!

Regardless of a woman’s stance on abortion, it seems maternity photos and pregnancy reveals are a beloved tradition when a woman experiences a “wanted” pregnancy. This need to share the joy and excitement of bringing a new life into the world betrays a reality that even vocally pro-abortion celebrities cannot deny or ignore: every preborn baby is a human being.

READ: MSNBC host announces pregnancy with ultrasound: ‘I have a baby in my belly’

Katy Perry’s grandmother passed away shortly after her reveal, and Perry said she hoped that her preborn baby somehow would be afforded a mystical connection with her grandmother. “I don’t know when a soul enters a new vehicle but if there is an afterlife where there’s a waiting room of the coming and going my mind wonders if the soul that is waiting to come into my world is getting a kiss on the forehead from my sweet Grandma that departed this earth yesterday,” read her Instagram post.

I don’t know when a soul enters a new vehicle but if there is an afterlife where there’s a waiting room of the coming and going my mind wonders if the soul that is waiting to come into my world is getting a kiss on the forehead from my sweet Grandma that departed this earth yesterday. My heart hopes so. If she is able to speak with the soul in waiting the conversation would probably include “are you sure you wanna pick this wild group?!” There would most definitely be some sarcasm, a witty quip or two… tbh grandma probably had a glass of her favorite blush wine ready upon arrival to this afterlife… and a most fashionable look, jewels included, naturally. A lot of what I am is because of my father… and he is because of her. She started it all, as she used to remind us and I’m so grateful she did. Family… is there to show us what love can be… sometimes that journey of finding the love is tough to get to AND through but if you can open your heart and let the light lead the way you will find that incomparable love. Ann Pearl Hudson was a fighter. She survived the Great Depression, raised 3 kids on her own as a seamstress, making G strings for showgirls and other such characters in Vegas. She was always authentically herself, funny and full of all the sweet cozy things you think of when you think of grandmas. She gave me crisp dollar bills in hallmark cards, she let us eat her favorite almond cookies from the 99 cent store while we asked questions about the different fans she had displayed on her walls. She was a wonderful grandma and I will forever carry some of her in me. When my whit comes out, that’s Ann. When my authenticity comes out, that’s Ann. When my stubbornness comes out, hell, that’s Ann. When my fighter spirit comes out, that’s Ann. When my style comes out, that’s Ann. May she rest in deep peace and kiss the forehead of the soul to come and let them know everything is gonna be OK, especially now that they have gained an angel to look over them ♥️♠️

The truth is that every mother knows, on some level, that she is carrying a human being within her body from the first moment she finds out she is pregnant, well before it’s as obvious as feeling fluttery kicks and seeing tiny fingers and little feet on an ultrasound.

Every mother also knows, on some level, that although she has control over her body, it doesn’t just belong to her when she’s pregnant, and that a distinct human being is living in her womb. Perry, who last year signed a petition protesting pro-life laws that claimed “no one is free unless they control their own body,” and who, in 2016, donated $10,000 to abortion giant Planned Parenthood, told an Australian talk show that she stopped drinking and smoking for her preborn baby.

Katy Perry is not the only celebrity to revel in a joyful, splashy pregnancy reveal. Beyoncé had the most-liked photo of 2017 when she post her reveal on Instagram through an original photoshoot, where she was veiled and dressed in blue silk lingerie, cradling her bump and posed on a bed of flowers. While hosting Saturday Night Live in April of 2018, cameras suddenly panned down on singer Cardi B during the second half of her musical number to reveal her baby bump. Some mothers have announced before their baby bumps became apparent. Chrissy Teigen announced her first pregnancy after fertility struggles with a touching and casual photo of her before her pregnancy was evident.

For these celebrities, the profound joy and connection with the humanity of their preborn babies — celebrated by their reveals for all the world to see — proves that the dehumanization of the preborn for the sake of their pro-abortion beliefs is a lie.