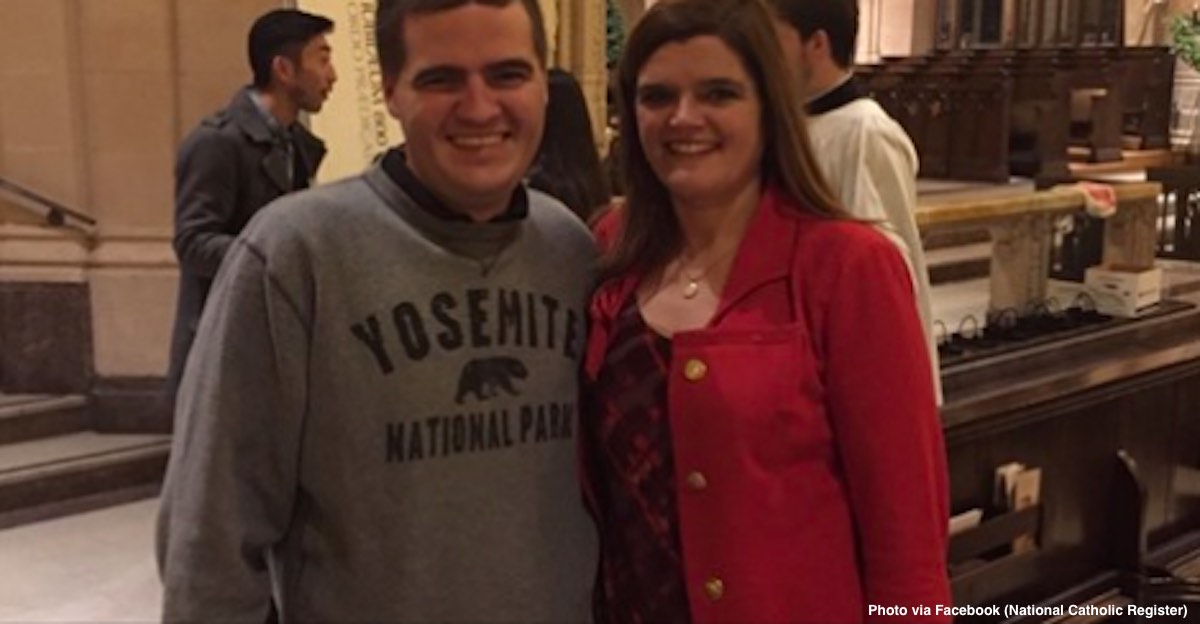 Kathy Folan was a junior at the University of San Francisco when she was raped by an acquaintance after a senior-night celebration in 1990. In May, Folan shared her story of choosing life after rape with the National Catholic Register. According to the article, Folan says she “never considered abortion,” as she is a “pro-life Catholic.”

“I knew that God entrusted this child’s life to me, and I already loved him,” she told NCR. She was also reportedly “99% certain” that she was going to place her baby with an adoptive family. She told NCR, “My mother was adopted, and we met her birth mother and her seven siblings when I was 8 years old. I thought it was cool, and it gave me a comfort level with adoption.”

Folan described taking a leave of absence from school, moving back to Spokane, Washington, with the support of both her parents, considering single parenting, and ultimately deciding on an open adoption plan. “When I first started looking at families, I didn’t care what religion they were. Then I realized that I wanted my child to know Jesus. And, finally, I realized that they had to be a Catholic pro-life family willing to fight for life.”

She eventually found a Maryland couple who shared her faith and pro-life values, stating, “God had a plan.” Folan recalled a special moment when she realized that both she and the adoptive couple were considering the same name for their son. They agreed upon ‘Nathan’, which means ‘gift from God.’ The name perfectly reflected their shared understanding that “God calls each of us by name from the womb, as the Bible says. And I do believe that God did name him.” She told NCR of a special experience just four days after Nathan’s birth:

Following 36 hours of labor, her son was delivered, and she had six precious days with Nathan. On the fourth day, he was baptized with the Sullivans, her family, her grandparents and other relatives in attendance.

“Barry, Liz and I were the parents, and my parents were the godparents. It was beautiful,” Folan said.

After the baptism, they had a “handing over” ceremony, where Barry welcomed everyone and extended an invitation for them to visit and send letters.

“During the ceremony, I placed Nathan in Liz’s arms, and then she handed him back to me,” Folan said. “I sensed that she realized the sacrifice I was making and wanted me to have him for the remaining time.”

Even after the adoption process was complete and she had returned to college, Folan felt conflicted about whether she had made the right decision. A visit to the adoptive family when Nathan was 10 months old set those fears to rest. “As soon as I walked into their house and saw him with his dad, mom, and sister in their home, living the life I could not give him, I knew I had made the right decision.” She also found that talking about her experience and pro-life convictions on campus helped tremendously with her healing process.