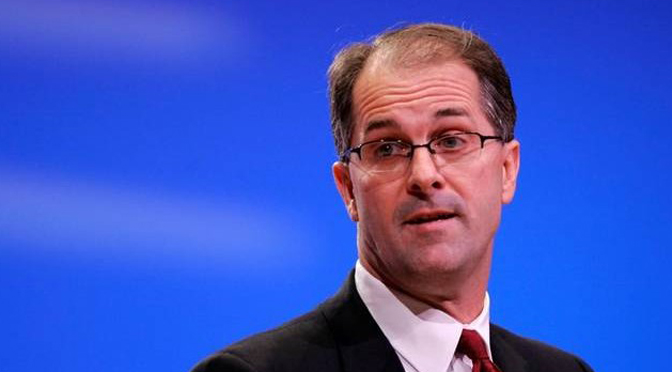 Remember Phill Kline, the pro-life former Attorney General of Kansas who was persecuted and eventually stripped of his law license for his efforts to bring Planned Parenthood to justice? He’s back with a vengeance, filing a lawsuit against the perpetrators of the witch hunt in the hopes of returning to law practice…

Today, Phill Kline is announcing that he is seeking justice in a separate lawsuit that accuses multiple layers of the judicial system of conspiracy, withholding evidence, and punishing Kline for violating laws ex post facto.

“Because of the many procedural violations and novelties that occurred during the court of Mr. Kline’s disciplinary proceedings, he was denied a full and fair opportunity to be heard,” his legal complaint says.

He accuses a special counsel appointed for a Johnson County grand jury of working out a secret agreement with Planned Parenthood, said that two of three attorneys on an ethics panel that sat in judgment of him had contributed money to his political foes, and that Kansas Disciplinary Administrator Hazlett of not disclosing exculpatory evidence.

The justice system was guilty of “unlawful, unconstitutional, dishonest, and incompetent conduct,” his complaint says.

He also contends that the Kansas Supreme Court, all seven justices of which are named in the suit, was “improperly constituted” when it rendered its judgment against him, as five of the justices recused themselves and were replaced by lower court judges.

What Kline went through was a disgrace. Disciplinary official Stanton Hazlett stated outright they considered his “strong personal anti abortion beliefs” to be inherently incompatible with legal objectivity. The judges who didn’t recuse themselves were appointees of Kathleen Sebelius, a radical abortion supporter with a record of indifference to the legality of her actions. A disciplinary board report finding no probable cause to charge him with ethics violations was concealed for the better part of two years. And the “unethical conduct” he was accused of was anything but—as National Review’s Kathryn Jean Lopez explained:

Among the complaints Kline faces this week is having had “no allegation of a definitive complaint of failure to report on the part of the clinics.” In other words: It was unethical for him to initiate an investigation of Planned Parenthood for failure to report statutory rape, because a child did not come forward and say the clinics did not report it. Children tend not to do that. Law enforcement does not need a victim to come forward in order to launch an investigation and does not need permission of a court to start an investigation. The whole outrage about Planned Parenthood’s not reporting such a thing is that doctors can be the first line of defense against child sexual abuse and sex trafficking: If they report it, the perpetrators can be stopped. But when they refuse to report it, victims are left victimized. Planned Parenthood proves itself a “safe haven” for predators.

Kline is also accused of “misleading a state agency” by not announcing the full scope of his investigation. Again, both law and common sense would seem to be on Kline’s side here. Informing others can compromise evidence, place people in harm’s way, and damage the reputational interests of the target of an investigation.

For pro-aborts to go from merely complaining about Kline in the press to a legal assault of such intensity could only mean one thing: he was on to something big—a whopping 166 abortions performed on girls 14 or younger, only two of which were reported to the authorities as required by law. These girls were at the very least victims of statutory rape, and quite possibly forcible rape and additional sexual abuse, but we’ll never know because abortionists didn’t bother to tell the police there might have been child rapists on the loose.

Unfortunately, proving it turned out to be easier said than done…not because Kline didn’t have evidence but because state Health Department officials and Attorney General Steve Six, another Sebelius appointee, shredded copies of Planned Parenthood reports alleged to have been falsified, leading to 49 of Kline’s 107 counts against Planned Parenthood getting thrown out. But Phill Kline was the bad guy here. Right.

Indeed, since then, and completely independently of Kline’s work, we know that abortion clinics in Kansas and nationwide are teeming with corruption that endangers everyone who walks in their doors.

Live Action has caught Planned Parenthood workers in Alabama, Arizona, Indiana, Kentucky, New Jersey, New York, Tennessee, Virginia, Wisconsin, and Washington D.C. expressing their willingness to cover up sexual abuse and sex trafficking just like the abortionists in Kansas. Life Dynamics caught a Planned Parenthood in Overland Park, Kansas, trafficking in organs from aborted babies all the way back in 2000. And as Alliance Defending Freedom has reported, Planned Parenthood has a long history of accusations and investigations for Medicaid fraud—and has agreed to pay millions in settlement fines rather than prove their innocence.

And of course, there’s been the scandal that’s dominated the summer—the Center for Medical Progress blowing the lid off of Planned Parenthood illegally profiting from fetal remains, risking patient safety by altering procedures, illegally performing partial-birth abortions, and possibly even murdering newborns after live deliveries.

These days, Kansas is under pro-life leadership more interested in holding Big Abortion accountable, but putting a stop to their future crimes won’t erase the crime against Phill Kline’s past public service. Hopefully, in this case, justice delayed won’t be justice denied.