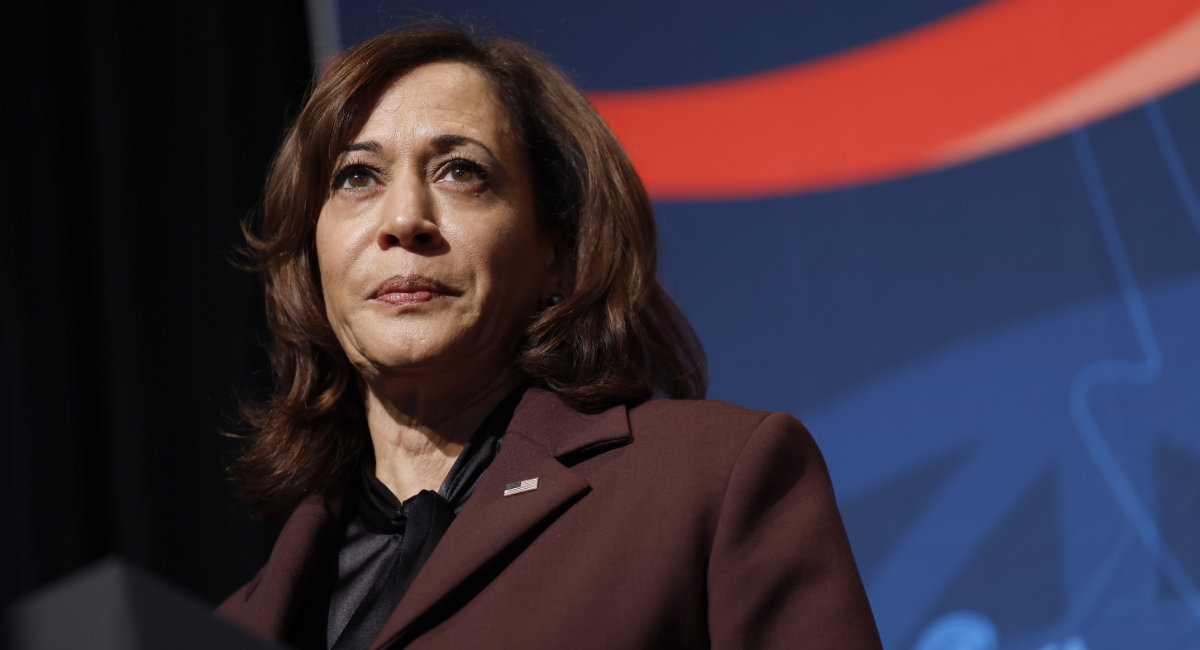 Just one day after the March for Life, Vice President Kamala Harris visited Florida to give a speech promoting abortion, where she claimed it gives women freedom — while seemingly ignoring the right to life.

An estimated 1,500 people attended Harris’ speech, in which she bemoaned the Dobbs v. Jackson Women’s Health Organization Supreme Court decision, handed down last June. “For nearly 50 years, Americans relied on the rights that Roe protected,” Harris said at a speech delivered in Tallahassee, Fla., on Sunday. “Today, however, on what would have been its 50th anniversary, we speak of the Roe decision in the past tense.”

Harris also referenced the Declaration of Independence — but noticeably omitted the right to life.

“We collectively believe and know, America is a promise … It is a promise of freedom and liberty,” Harris said. “Not just some, but for all. A promise we made in the Declaration of Independence, that we are each endowed with the right to liberty and the pursuit of happiness. Be clear, these rights were not bestowed upon us, they belong to us as Americans.”

The quote Harris was referencing specifically mentions the right to life first, which she omitted:

“We hold these truths to be self-evident, that all men are created equal, that they are endowed by their Creator with certain unalienable Rights, that among these are Life, Liberty and the pursuit of Happiness.

Furthermore, she continued by comparing abortion activists to slavery abolitionists, and those who fought for women’s suffrage and civil rights. “In each of these movements, those leaders expanded rights, which then advanced the cause of freedom and liberty,” she said. “And 50 years ago today, so did those who won a fight in the United States Supreme Court to recognize the fundamental constitutional right of a woman to make decisions about her own body.”

Harris, however, claimed that without abortion, freedom itself is threatened.

Harris has previously compared abortion to slavery, but yet again, her arguments of abortion in regards to freedom miss the mark. In fact, North Carolina Lt. Governor Mark Robinson recently compared abortion to slavery, but in a completely different way, stating, “Abortion is not compatible with this nation, the same way slavery was not compatible with this nation. How can you have life and liberty if you end life in the womb, and do not give people their freedom after they’re born? This nation is built on those ideals. And so we have to stand up for life.”

Abortion activists may feel that women’s injustice can only be address through abortion — but that merely redistributes the wrong, robbing one person of their inherent right to life so another person can feel empowered. That isn’t freedom; it’s oppression. Death cannot ever set someone free, and denying one person their humanity does not make another person more free. It simply makes them an oppressor.