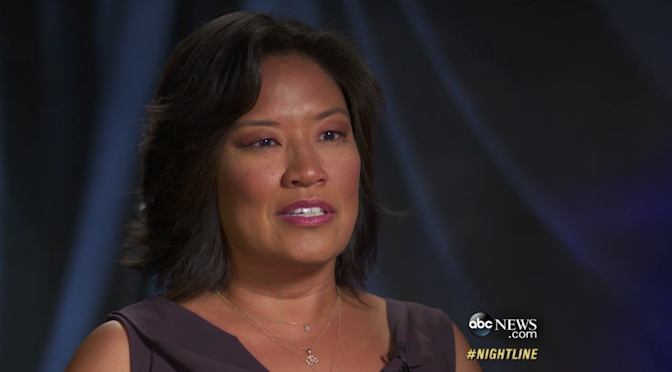 A judge in California has order the embryos of a divorced couple be destroyed as the husband has requested and as agreed upon at the time the embryos were created.

Dr. Mimi Lee and her husband Stephen Findley created the embryos back in 2010 after Lee was diagnosed with cancer ten days before their wedding. In the paperwork was included the agreement that the embryos would be destroyed if the couple was to divorce.

Thankfully, Lee beat the cancer, but when her treatments ended, Findley filed for divorce. Lee is now 46 years old and infertile, and she told ABC News that when her husband filed for divorce, her embryos were her first thought and her number one concern.

“I’m doing this for my babies, and I’m their mom,” Lee tearfully told ABC. “I have biological children ready to come to life.”

Lee says that in order to secure her ability to have children in the future, she risked making her cancer worse by injecting the hormones into her body for the process of IVF, which were the hormones her cancer fed on. Even though her marriage is over, she still wants to be a mother, and these embryos are her only chance at having biological children.

Her lawyer argued that the paperwork the couple, who met as students at Harvard, signed regarding the embryos was not a contract and nowhere in them does it say that the agreement to destroy the embryos if they divorced was irrevocable.

“There wasn’t a lot of discussion,” said Lee. “We just kind of went through the form just like we did all the other forms for all the other multiple procedures we were going through at the time.”

Cases like Lee’s are popping up in courts across the country with some judges ruling in favor of the parent who wants to keep the embryos, and others are ruling in favor of destroying the young lives. In Pennsylvania, a court awarded frozen embryos to a woman who said they would be her only way to have children due to breast cancer treatments despite her ex-husband’s objections. And in Illinois, a judge sided with an infertile woman over a custody fight for embryos with her ex-boyfriend. Judges in other states including New York and New Jersey, however, have ruled in favor of destroying embryos after a divorce.

Findley’s lawyer argued that the document the couple signed says the word “agreement” on it 27 times and that while Findley does want to have children, he doesn’t want to have them with Lee. Findley has expressed concern that Lee would manipulate the situation to get money out of him.

Regardless of the paperwork, the situation has changed for Lee since the time the embryos were created as she is now infertile, and these embryos are her last chance at having biological children. In addition, due to her cancer diagnosis, it could be argued that she wasn’t in a sound state of mind when she signed the papers.

Lee says she doesn’t expect her ex-husband to play any role in the lives of the children, even financially. She says she will continue to fight for custody of her embryos and is exploring her legal options.

“I think Steve and I created these embryos with the hope of having our children,” said Lee. “I can’t imagine that if we actually did have children and the marriage dissolved, that he would say okay now we have to end the lives of these children because I don’t want to be part of it anymore.”