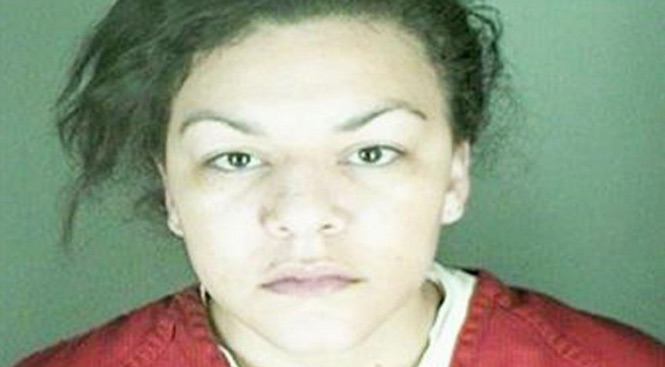 Nearly one year ago, Michelle Wilkins endured the worst day of her life. While answering a simple Craigslist ad for free baby clothes, she was viciously attacked by the woman who answered the door – Dynel Lane. Deputies who arrived at the scene reported that blood was everywhere. Wilkins had lost half her blood.

The young mother suffered another terrible loss as her nearly full-term daughter, Aurora, died after being cut out of her mother’s womb by Lane. Tragically, District Attorney Stan Garnett (who has ties to Planned Parenthood, NARAL, and the abortion industry) refused to prosecute Lane for killing Baby Aurora, claiming evidence indicated Aurora may have died during the attack, but while still in her mother’s womb. Garnett’s office claimed Aurora was therefore not a person under Colorado law.

Now, the judge in Lane’s trial for attempted first-degree murder of Wilkins has blocked testimony on Baby Aurora.

Jurors in the trial of a Longmont woman charged with cutting an unborn baby from another woman’s womb will not hear testimony about that death. …

“There’s no charge against Aurora, she is not a victim in this case,” Beck [Lane’s defense attorney] said.

Beck told Judge Maria Berkenkotter it is not an issue, legally, in the case, and any testimony on the autopsy is “irrelevant” and would be “substantially more prejudicial” to her client.

No doubt the harsh comment that Baby Aurora “is not a victim in this case” will strike the heart of Michelle Wilkins with additional pain. She knows how alive and human her daughter was – just as any mother does. And the only reason Baby Aurora isn’t technically considered a victim “in this case” is because neither Colorado law nor the prosecutor’s office were courageous enough to defend the lives of children who are not yet born.

Michelle Wilkins (from the GoFundMe account created to support her)

As Live Action News reported when Garnett’s office announced there would be no murder charge brought for Baby Aurora:

Dr. Clyde Wright, a neonatologist from Children’s Hospital Colorado and University of Colorado Hospital, said Wilkins’ baby would have had an excellent – and almost certain – chance of survival if she had been born at a hospital.

“I think it’s safe to say for any indication, if a mom comes in at 34 weeks we are very confident with the prognosis of that baby,” Wright said. “It would be shocking to have a routine 34-week baby not survive.”

Wright noted that a 34-week-old fetus would likely survive even if delivered in a developing country, where less medical technology is available than in the U.S.

Clearly, Baby Aurora’s life was stripped away from her and from her mother. And yet, there will be no justice.

The tragic case of Michelle Wilkins and Baby Aurora demonstrates why fetal homicide laws are important (Colorado lacks the most common one). While such laws do not immediately stop abortions in a state, they lay the groundwork for demonstrating that all preborn babies are human and worthy of life.