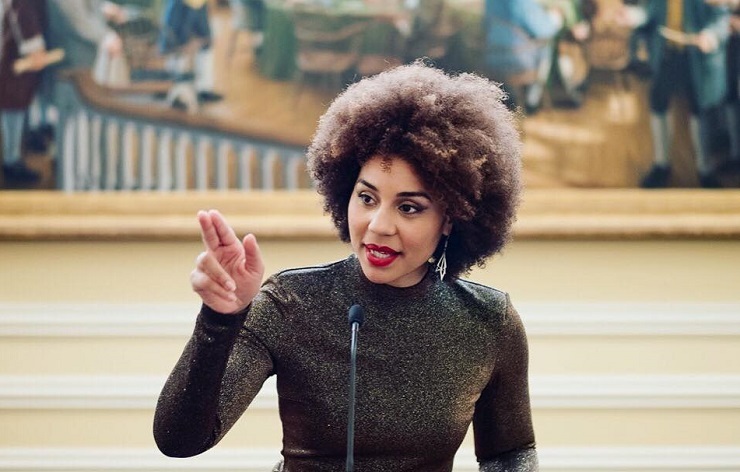 Singer Joy Villa likes to make a statement and she did it again at the 60th Grammy Awards on Sunday, January 28, 2018. Villa, who isn’t shy about sharing her opinion, wore a sleeveless white dress on which she hand-painted the image of a preborn child. She also carried a purse with a pro-life message: “choose life.”

“I’m a pro-life woman,” she told Fox News. “This year I chose to make a statement on the red carpet like I always do. I’m all about life.”

Villa told Fox News that her inspiration for the dress was the baby she placed for adoption when she was 21 years old.