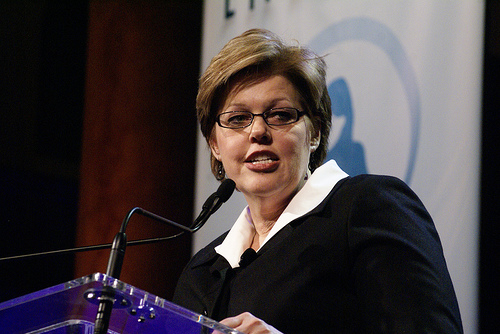 After Live Action released its 6th videotape, this one showing both a receptionist and a supervisor at Planned Parenthood The Bronx willing to help a sex trafficker get reproductive health services for his illegal, underage sex slaves, the Associated Press reported:

Planned Parenthood of New York City said the videotape does not accurately portray the agency’s practices and that the incident was reported to law enforcement.

This is false. The January 18 letter PP CEO Cecile Richards wrote to US AG Eric Holder did not list New York as one of the states visited by the alleged sex trafficker:

Furthermore, PP is now alleging the NY tape was “doctored”:

A spokesman for PP… said Tuesday that the videos were “clearly doctored and cannot be trusted.”

“The two health center workers featured in the video said that they did not hear the words ‘sex work’ or ‘sex worker,’ uttered by the actors on camera,” the spokesman, Stuart Schear, said in a statement. “It is clear from the edited tape that there are two or more video sources, as well as an additional audio source, increasing the opportunity for manipulation and selective editing.”

So, either the Bronx PP employees lied to their bosses and did not tell them they’d potentially been stung, or, as PP claims, they did not know they were speaking with a sex trafficker. But if that were true, what was there to report to authorities?

The longer this goes on, the more difficulty PP has keeping its story straight.