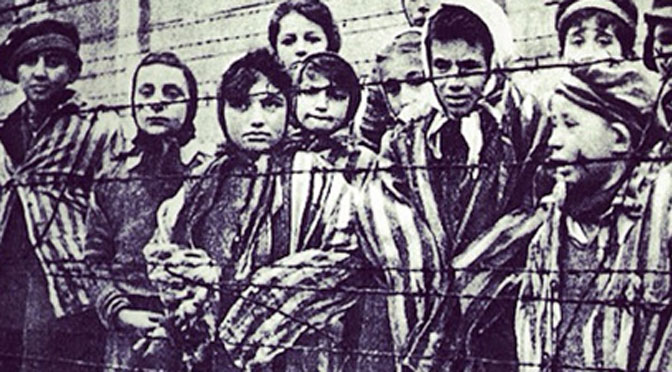 A pro-abortion Jewish student group at the University of Missouri-Columbia has declared it is “anti-Semitic” to draw parallels between abortion and the Holocaust.

Last week, the pro-life Genocide Awareness Project began displaying graphic images of aborted babies on campus. GAP seeks to illustrate to people the moral gravity of abortion by “juxtapos[ing] images of aborted embryos and fetuses with images of victims of historical and contemporary genocides and other injustices,” and vigorously defends its contention that legalized abortion qualifies as a genocide.

In response, the Mizzou Jewish Student Organization released a statement declaring that “this organization hijacks the tragedies that groups have faced in order to progress their political, anti-abortion agenda,” and also said that “this use of the Holocaust is an act of Anti-Semitism.”

The “images and comparisons made,” they argued, “are not only inaccurate; they are offensive, and triggering to students.” The statement did not specify any alleged inaccuracies in GAP’s display.

Concluding that “no students should be forced to view such volatile and triggering propaganda,” Mizzou JSO urged students to file a Bias Incident Report with campus authorities, to force the display to be taken down, because in their view, “the messages that the Genocide Awareness Project uses go beyond freedom of speech.”

However, pro-life Jews themselves have been known to draw parallels between abortion and the Holocaust. The Jewish Pro-Life Foundation advises pro-life Jews to persuade undecided fellow believers by “remind[ing] them of the loss of Jewish life during the Holocaust and the similarity of language between the eugenics movement and the modern abortion industry.” Dr. Bernard Nathanson, the late abortionist who eventually changed sides to become a renowned pro-life leader, grew up Jewish and declared that the “abortion holocaust is beyond the ordinary discourse of morality and rational condemnation.”

The number of human beings killed in the United States by legal abortion currently stands at more than 50 million.