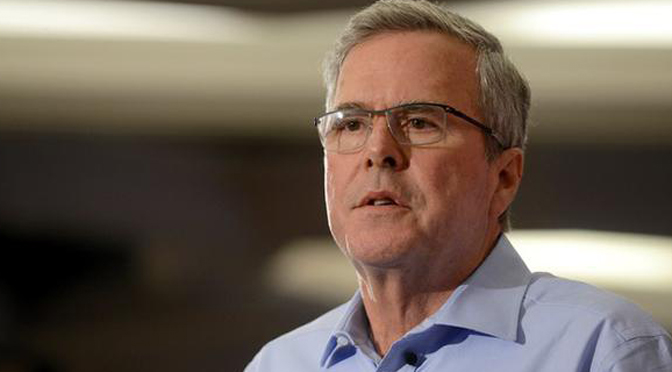 Former Florida Governor and GOP presidential candidate Jeb Bush is under fire for his time as a board member of the Bloomberg Family Foundation, which last year partnered with Planned Parenthood to “push for less restrictive abortion laws and more government funding for” abortion, LifeSiteNews reports.

The so-called “reproductive health” initiative last year was a $50 million venture, on which the organization’s founder, former New York City Mayor Michael Bloomberg, said he was “happy” to partner with the abortion giant.

Writing at LifeSiteNews, Ben Johnson further notes that “Bloomberg Philanthropies also split $2 million in grants between two African abortion providers: EngenderHealth and Marie Stopes International in Tanzania. The latter has admitted it performs ‘illegal abortions all over the world.’”

Bush has a pro-life record from his time as governor, and has received special praise for his efforts to save the life of Terri Schiavo in 2003. In response to the controversy, his campaign claims he “did not vote on or approve individual projects or programs,” and his primary focus as a board member was education.

But Breitbart’s Michael Leahy notes that the governor has yet to answer whether he knew of these specific programs and spoke out against them. Some pro-life activists also contend that regardless of whether he had any direct involvement, Bush should not have allowed his name to be associated with a pro-abortion organization.