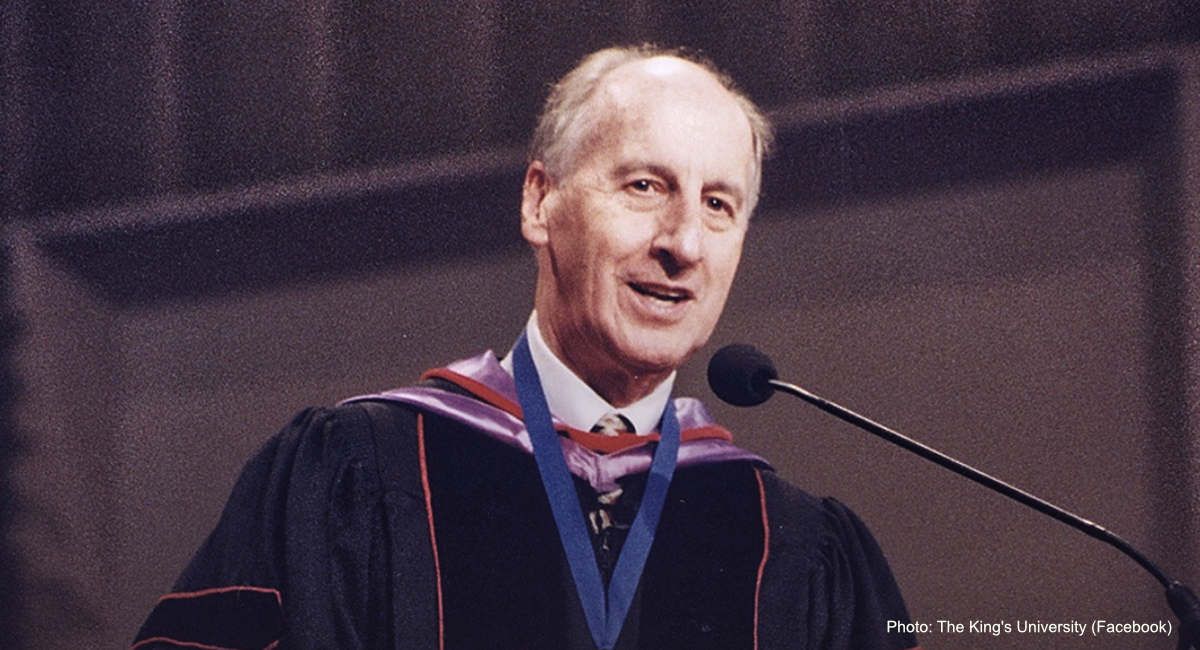 Pastor Jack Hayford, the former President of the Foursquare Church in Van Nuys, California, and pro-life advocate, has died at age 88.

As the founding pastor of The Church On The Way in Van Nuys, with the help of his wife Anna who predeceased him in 2017, Hayford grew the Pentecostal congregation from 18 to 12,000 by the time he retired in 1999. He then served as President of The International Church of the Foursquare Gospel from 2004 to 2009.

The King’s University, which Hayford founded in 1997, shared details of Hayford’s passing: “His family said he died peacefully in his sleep in the early hours of the morning, having eaten dinner with his wife, Valarie, and having spoken to one of his grandkids the evening.”

In addition to his ministry as “pastor of pastors,” Hayford wrote the revered Christian worship song, “Majesty,” and as a best-selling author and an advocate for life, defended human life at all ages. In his powerful book, “I’ll Hold You In Heaven,” Hayford strived to bring healing and hope to parents who lost children through miscarriage, stillbirth, abortion, and early infant death. He wanted to help them find “comfort and direction for the future.”

To parents who lost a child to abortion, Hayford said, “[Y]ou may be like so many others I meet who are suffering greatly in the aftermath of the procedure that proponents hail as prompt and painless. Untold numbers of women and men are stumbling through the emotional carnage following an abortion—some believing their decision was wrong; others racked with uncertainty. The pain runs deep.”

He said parents who lose a child are “parents of children who were designed for a lifetime of purpose but whose lives were cut short.” He added, “If you have experienced the loss of a child through the tragedy of abortion, God’s Word offers you something more: forgiveness and healing for the series of choices that led you into the abortionist’s chamber. Abortion is not only a tough topic but a delicate one. And it’s a tragedy.”

He saw the pain of women who had undergone abortions, and he wanted to give “life, light and love” to this community that “desperately needed” it.

Hayford called for Christians to value human life at all stages. “Addressing the issues of abortion and euthanasia is not a digression from spiritual concerns,” he said. “We’re at a crisis point in our national experience about whether future generations will value life, at its inception and at its conclusion. But here again, any self-righteous moralizing will only distance us from our society. Instead, may our hearts be broken by the realization that the underlying cause of this sinful devaluation of life is the emptiness of a society that has lost hope for tomorrow.”

The current president of the Foursquare Church said, “Pastor Jack was a Kingdom ambassador whose influence transcended denominational, generational, and global boundaries. Jack’s passion for Spirit-filled worship, fervent intercessory prayer, and biblical preaching that revealed Jesus, were modeled in his own personal life. He truly embodied the life he invited others into.”

Hayford was preceded in death by his wife of more than 60 years, Anna Hayford. He leaves behind four children, 11 grandchildren, many great-grandchildren, and his second wife Valarie.