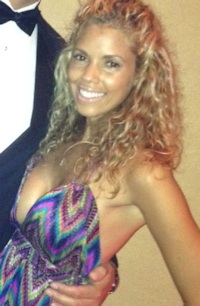 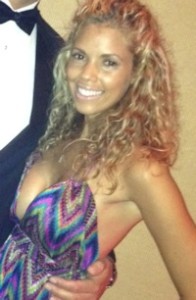 Last summer, I wrote about NBA player J.J. Redick’s “abortion contract” with an ex-girlfriend, former model Vanessa Lopez. The contract itself was bizarre, callous, and incredibly inhumane – especially considering the fact that Redick boasts about being a “Christian.”

The “contract” stipulated that Lopez would receive $25,000 to abort the child, despite Redick’s denials that the baby was his. Redick also agreed to stay with Lopez for another year, and that any further contact would be considered “stalking.”

“She told me she wanted to have this baby but he was adamant in his opposition. She thought if she did what he wanted her to do, he would continue the relationship with her,” a source close to Vanessa told [Jill Stanek]. “She had no attorney. She hoped somehow, some way that doing what he wanted her to do would benefit her in the long run.”

But now, Vanessa Lopez is seeking justice by publishing a tell-all book, Fouls of the Courts. The book, which is slated for publication in August, will “expose the off-court bullying that takes place among sports superstars.” According to a press release from Garson & Wright Publications, it will especially focus on “the aggressive coercion she received from J.J. Redick to abort their unborn child with the infamous ‘contract to kill.'”

Vanessa’s medical records indicate that she never wanted to abort her 16-week-old unborn child. She completed a pre-abortion questionnaire in which she said she felt “confused,” “sad,” guilty,” and “forced into it.” (Late-term abortionist Joshua Perper performed the abortion anyway.) A year later, she was in counseling for post-traumatic stress disorder.

I’m sure some readers think that Vanessa is guilty of “oversharing,” and is providing “too much information” to the public about her relationship with Redick and the abortion of their child. Some people would argue that the abortion was a private choice that should be kept under wraps, and that Vanessa’s tell-all book is sleazy.

I disagree. Allowing women to tell their stories of post-abortion pain helps to expose abortion for all that it truly is. Abortion is not merely a “medical procedure,” but a life-changing event that can leave some women hurting for a long time.