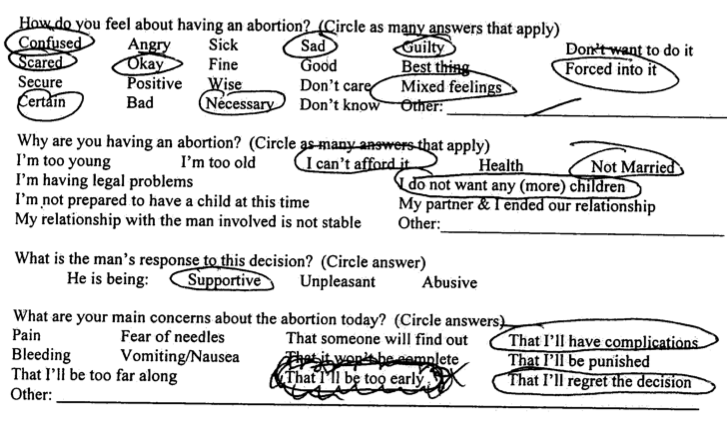 You’ve probably already heard about the bizarre “abortion contract” drawn up in 2007 between NBA player J.J. Redick and his ex-girlfriend, Vanessa Lopez. The “contract” stipulated that Lopez would receive $25,000 to abort the child, despite Redick’s denials that the baby was his. Redick also agreed to stay with Lopez for another year, and that any further contact would be considered “stalking.”

But the story gets even worse. Vanessa apparently signed the contract under duress hours before her abortion, while also under the influence of Valium.

Vanessa’s abortion documents, which she agreed to release to Jill Stanek’s blog, show that she signed the “contract” just hours before undergoing a second-trimester abortion while 16-17 weeks pregnant. I really have no words to describe the documents and e-mail exchanges between Redick and his lawyers, so I’ll go with Stanek’s description: “crass and sexist.” They required, among other humiliations, Vanessa to immediately turn over her medical records to “prove” she was actually pregnant and had gone through with the abortion. Redick’s lawyer demanded these records mere hours after Lopez underwent a gruesome D&E procedure, in which the fetus is dismembered.

In the waiting room, Vanessa completed a pre-abortion questionnaire in which she said she felt “confused,” “sad,” guilty,” and “forced into it.” Despite having knowledge that this was a coerced abortion, late-term abortionist Joshua Perper performed one anyway.

Needless to say, she never heard from Redick again.

This is exactly why I’ve described abortion as a slimebag’s best friend. J.J. Redick – who describes himself on Twitter as a “Christian” – is a disgrace.