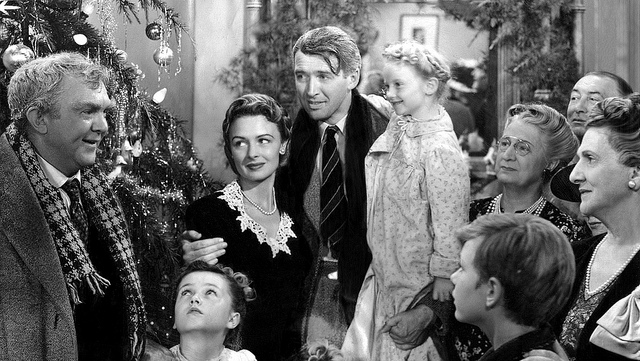 Director Frank Capra‘s 1946 family classic It’s A Wonderful Life is a poignant tale which reminds us that even in turmoil, it is a mistake to presume we can choose what makes life worth living. It may not have been originally intended to be confined to the Christmas genre, but the hot-cocoa-and-popcorn comfort flick was destined to be a life-affirming masterpiece from its conception.

The story, which begins on a Christmas Eve night with a suicidal father, came to historian and author Philip Van Doren Stern in a dream in 1938. Originally titled The Greatest Gift, Van Doren Stern’s short story was rejected by publishers, so he sent the story as a Christmas letter to friends in 1943. It was eventually printed in several magazines, with the character names nearly identical to those in the film that was produced after Capra bought the story rights.

The movie wasn’t a hit when it was first released, but it earned five Oscar nominations and one win (Technical Achievement Award for its innovative faux snow!). It became a popular holiday rerun on television during the 1980s, and is now ranked among the greatest films of all time.

READ: Each baby aborted is someone who misses a chance at a ‘wonderful life’

What makes It’s A Wonderful Life such a compelling classic?

George Bailey (James Stewart) is somewhat a small town American embodiment of Job: a devoted, selfless member of his family and community who comes under misfortune due to no fault of his own, and then makes a fatal, even hubristic error – deciding that his sorrows make his life unfit and disposable. An angel named Clarence (Henry Travers) intervenes to show George that from his finite perspective he has no idea what he’s throwing away. 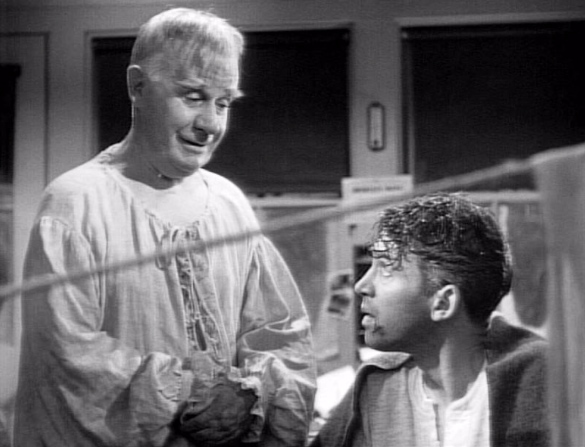 Screenshot from It’s a Wonderful Life

This life-affirming theme isn’t only at the crux of the story, however, but is manifested throughout the plot. From his youth, George wrestles with envisioning career success as the benchmark for making life meaningful, even while he repeatedly denies himself his dreams of leaving Bedford Falls to do the right thing instead. Mary Hatch (Donna Reed), who becomes his wife, challenges this dynamic by being a college-educated woman who isn’t ashamed to give up a glamorous honeymoon for a fixer-upper house and lifestyle as a homemaker and mother to four children. At a time when the word “pregnant” was still rather taboo for the screen, George and Mary’s first baby is featured in the story while pre-born (“George Bailey lassos stork” and “on the nest” were the charming euphemisms).

Together, the Baileys work to improve the lives of the threatened and impoverished in their town, from stumbling society girl Violet Bic (Gloria Grahame) to Italian immigrant family the Martinis. George’s little brother Harry (Todd Karns) becomes a Medal of Honor hero for saving lives in the war, ultimately grateful to George risking his own life to save him during a childhood accident. Everything the Baileys do seems to affirm the truth that every human being’s life matters.

Meanwhile, antagonist Mr. Potter (Lionel Barrymore) values life only according to a monetary and convenience basis. It is Mr. Potter who kicks George when he’s down, scolding him with the fateful words, you’re worth more dead than alive, which George internalizes and surrenders to against better judgment.

It is in that vulnerability, made so perfectly relatable by Jimmy Stewart’s performance, that George goes to the brink of defying the entire theme the story has constructed. But in the end, George realizes that life, with its unique miseries, is still better than death. Finally, for arguably the first time in the story, he is actually rewarded for making the right decision, when his family and town shower him with support in the tear-jerking final scene.

The film’s unspoken theme — that life, even though it may have terribly dark times, is worth living — seems to resonate year after year with viewers, making the film a celebrated holiday classic that’s definitely worth watching.