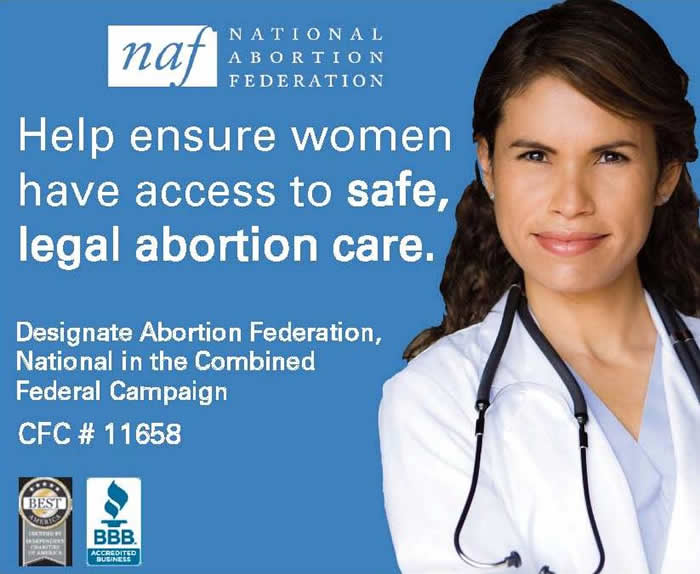 The NAF doth protest too much…

According to Vicki Saporta, president of the National Abortion Federation, the “abortion stigma” is to blame for Kermit Gosnell’s now-notorious house of horrors.

In a rather weak column for USA Today, Saporta tries to claim that abortion is totally safe and that Kermit Gosnell is just an aberration, an anomaly. If only those icky pro-lifers would stop trying to save those ridiculous babies, Kermit Gosnell wouldn’t have existed!

Abortion is one of the safest medical procedures provided in this country, due in large part to the skill and expertise of abortion providers who offer high-quality care. However, abortion and abortion providers are marginalized and politically demonized in our society. This stigma around abortion — combined with unnecessary restrictions on women’s access to care—helps create opportunities for substandard providers like Gosnell to prey on vulnerable women. Regardless of a woman’s income or where she lives, she deserves access to quality care.

Unfortunately, abortion opponents have used this rogue provider as an opportunity to call for more regulations on all providers in an attempt to further their goal of limiting women’s access to abortion care. But additional regulations are not necessary—abortion was already highly regulated in Pennsylvania, and no level of restrictions would have stopped Gosnell, as he blatantly chose to operate outside of established standards of care and the law. Additional restrictions do not make abortion safer; they just make it more difficult for women to access the safe, high-quality care they need.

Of course, Kermit Gosnell isn’t alone in the abortion industry – not by a long shot. Filthy, disgusting clinics? Not even remotely rare, as those seem to pop up constantly.

But what about the National Abortion Federation (NAF)? If you want to believe Saporta, going to a NAF clinic means that you’re simply guaranteed safety and quality care.

In addition to complying with state and federal regulations, many abortion providers are members of professional organizations like NAF. NAF members must complete a rigorous application process, including a site visit, and must comply with our Clinical Policy Guidelines, which set the standards for quality abortion care in North America. Women can be assured of receiving high-quality care at NAF member facilities.

It’s a nice fairy tale, but it isn’t remotely close to the truth. As JivinJ points out, Gosnell worked at a NAF clinic in Delaware and had patients referred to him by various NAF clinics, and the NAF recently had one of their own clinics shut down because it was considered a danger to the health, safety, and the welfare of its patients.

Despite the claims of the NAF, they referred women to Kermit Gosnell, knowing he gave anything but safe and legal care.

And while Saporta at least doesn’t drag out the over-used line that NAF refused to certify Gosnell’s clinic, how much does that really matter?

Really, if Saporta wants to discover who is responsible for Kermit Gosnell, maybe she should look in the mirror. Yes, the NAF refused to certify Gosnell’s clinic. They also turned a blind eye to it.

Despite acknowledging that his clinic was the most disgusting they had ever seen, their investigator didn’t report Gosnell. They took no action at all, which meant that women were able to keep going to his clinic (some referred there by the NAF) and be mutilated and maimed, and babies continued to be brutally murdered. How many lives would have been saved had Saporta’s organization actually done what they claim to do?

So is the abortion stigma really to blame? After all, this mysterious stigma she is speaking of didn’t witness the conditions at Gosnell’s clinic firsthand and refuse to do anything about it. The “stigma” didn’t refer patients to his clinic. The stigma didn’t employ him. These are all things the NAF did.

If Vicki Saporta really wants to find someone to blame, maybe she should try turning that finger around.