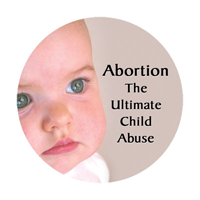 We may sometimes hear people make the claim that abortion is “the kindest option” for a child born to a mother who is facing an inconvenient pregnancy. We often hear this when there is a projection that a child will be born with a disability. We may also hear this when it comes to children who are going to be born into poverty or abuse or neglect.

One such specific argument has recently come in the form of a letter to the Duluth News Tribune. The letter, “Reader’s view: Consider abuse figures before opposing abortion,” is from Lois E. Mattson. It is short and to the point:

Recent letter writers have expressed opinions in opposition to abortion. I ask them one question: Would you like to be born to a woman who doesn’t want you? (And I’m not discussing the option of adoption; that does not necessarily happen.)

Study the figures on child abuse and neglect and cease your opposition to abortion. It often is the kindest option.

Although I have not written such letters, I would like to respond to Ms. Mattson. Given the choice, I would of course like to be born to a woman who wanted me. But that doesn’t mean that I wouldn’t want to be born if my mother hadn’t wanted me. I was wanted and am loved, but I was by no means planned. I’m sure that in many ways, that was difficult on my parents and grandparents.

Now, sadly, this is not always the case, and children go unloved, neglected, and abused. But abortion is never the only option, and it is certainly not “the kindest option.” The saying “abortion is the ultimate child abuse” exists for a reason.

Ms. Mattson makes a rather bold order (it’s not even suggestion) when she says at the end of her letter to “study the figures on child abuse and neglect and cease your opposition to abortion.” I’d wager that if someone opposes abortion enough to write about it, she knows enough about abortion and why she opposes this procedure. “[T]he figures on child abuse and neglect” are not going to change her opinion.

It is also likely that those who oppose abortion do so in part because they know what abortion is and how it is performed. It is doubtful that anyone who calls abortion “the kindest option” – not just “oftentimes,” but in any case – does not know what an abortion involves. Otherwise they wouldn’t really be calling it what Ms. Mattson calls it.

Life is not always easy or pleasant. Sometimes child abuse and neglect happen. Now please let me be clear: I have nothing but contempt for child abuse and neglect and would never wish either on anyone. But I would never wish an abortion on anyone, either. Suggesting that a child be aborted rather than raised in a home where she may be unwanted or unloved, abused or neglected, literally destroys all hope and potential for that child to better herself, at any point in her life.

People are abused and neglected, but many of them also grow up and share their stories and learn from their experiences. Perhaps they turn to religion or vow to raise their own children better or become law enforcers to prevent child abuse and protect those affected by it. Do I wish that people could learn and have experiences without child abuse? Without a doubt, absolutely. But our experiences, good and bad, do shape us. If such people had been aborted, they would never have been abused – at least not beyond the torturous death that abortion is – but they also would not have gotten the chance at living a happier, more fulfilling life at all. Abortion for the sake of preventing something that may or may not happen, something that may get better, is only one more example as to how abortion aims to be an easy, quick fix but ends up itself being the terrible evil it tries to avoid.