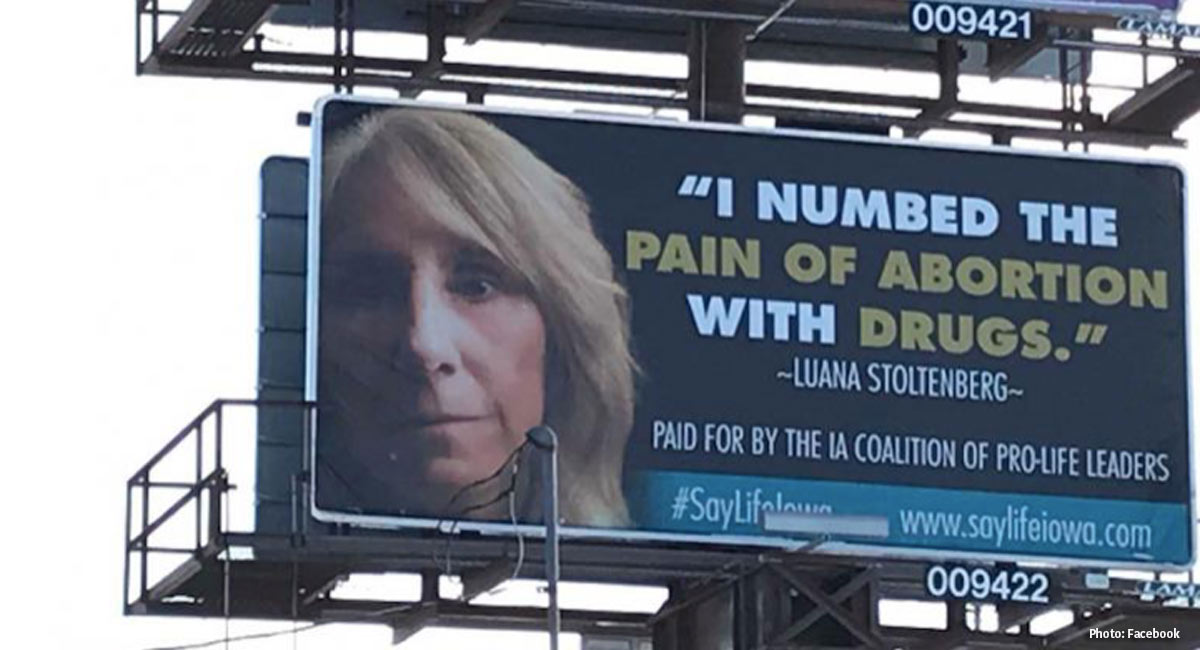 Planned Parenthood’s efforts to normalize abortion have reached all the way to billboards, and Iowa’s pro-lifers aren’t having it. That’s why Iowans For Life (IFL) and the Iowa Coalition of Pro-Life Leaders have launched their own billboard campaign. The initiative, titled #SayLifeIowa, is a response to Planned Parenthood’s #SayAbortion campaign, which attempts to portray abortion as normal “healthcare.”

“We HAD to respond to Planned Parenthood’s outrageous billboard campaign,” IFL executive director Maggie DeWitte told LifeSiteNews. “We have to show the true side of abortion; that it certainly is NOT healthcare, it hurts women, and destroys lives.”

“We immediately raised funds to counter with our own billboard campaign which mimics Planned Parenthood’s look, but with the other side of the abortion position displayed,” said Tom Quiner, board president of IFL.

While these aren’t the first pro-life billboards, they might just be the first of their kind. While other pro-life campaigns aim to convey heartwarming encouragement for choosing life, these billboards focus on post-abortive pain, trauma, and regret. “Our billboards are a direct rebuttal to Planned Parenthood’s messaging by presenting the reality of the pain, violence, and degradation of human abortion,” said Quiner.

With nine different designs, the pro-life billboards feature testimonies from women who share the heartache caused by abortion. Each woman’s photo is shown and her name is given to emphasize that these stories are real. “My abortion caused years of self hate,” reads one billboard. “My abortion caused physical and emotional trauma,” says another. One billboard features a woman who lost her life to abortion, reading, “Abortion killed me and my baby.” All but one billboard is a sobering one. The final features a smiling woman, reading, “I rejected abortion and you can too.”

Once they are all hung, the billboards will be in Des Moines, Cedar Falls/Waterloo, Ames, Iowa City, and Council Bluffs.