The scandal-ridden Marie Stopes International abortion chain is celebrating the deadly work of its abortionists in a manner that’s raising eyebrows. On Facebook, the group posted a photo of a cake labeled, “Thanks abortion providers.” While it’s horrific enough to thank abortionists — who kill countless preborn children and maim untold numbers of women — the caption that went along with it was really ridiculous.

“Wishing we could send our abortion providers a slice of this cake!” the abortion chain began. It then continued to describe abortionists and their work in an unusual way. “Although they don’t wear capes, our MSI providers are superheroes. In the midst of a pandemic, they’re working hard to save lives and empower women.”

Wishing we could send our abortion providers a slice of this cake! 🍰🤤Although they don't wear capes, our MSI providers…

Unsurprisingly, numerous people on social media were less than enthusiastic about the “superhero” moniker for abortionists, whose entire job revolves around taking innocent human lives. It isn’t necessary to save a woman’s life by intentionally killing the smaller, more vulnerable human being inside her womb. Abortion is never medically necessary, and it’s not health care. Abortion takes lives every single time it is committed. 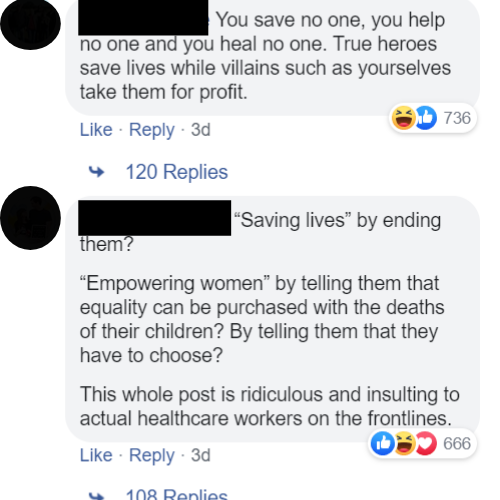 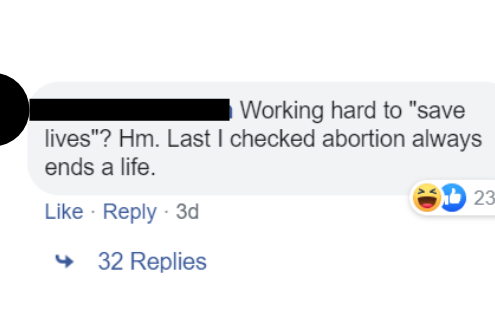 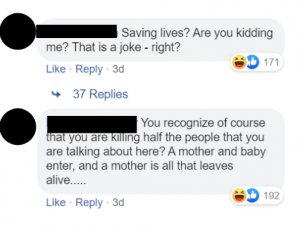 And while Marie Stopes is touting itself as a heroic organization employing life-saving superheroes, its checkered past tells a different story. The government of Niger, for example, closed Marie Stopes facilities in its country after the abortion organization was caught committing abortions illegally; in Niger, abortion is against the law. Kenya likewise order Marie Stopes to stop committing abortions after it was found to be advertising abortion for unwanted pregnancy; in Kenya and Niger alike, abortion is only legal if the mother’s life or health is at risk. Kenyan parents were also outraged when Marie Stopes was caught giving minors long-term birth control without parental consent. Some even said the children were duped into receiving the implants without fully understanding what they were.

In the United Kingdom, where Marie Stopes is headquartered, there has also been no shortage of scandal. Inspectors found that staffers there were rewarded with bonuses for coercing women into abortion; the facility was compared to a “cattle market.” If the women didn’t have abortions, then staffers were penalized.

A report from the United Kingdom’s Care Quality Commission actually resulted in Marie Stopes in being banned from committing abortions. They were found to be coercing women into abortions, including at least one woman with developmental disabilities who didn’t understand what was going on. The coercion was so severe, inspectors had to step in and intervene on behalf of the girl, who was “visibly distressed.” Staffers also failed to follow sterilization and infection control protocols, and were caught throwing away bodies of babies they aborted. In another horrifying instance, a woman died after Marie Stopes staffers pushed her out of the facility and into a cab, even though she was vomiting and bleeding.

These abortionists are not superheroes, and they aren’t saving lives. They’re taking them. And they aren’t empowering women; they’re hurting them.