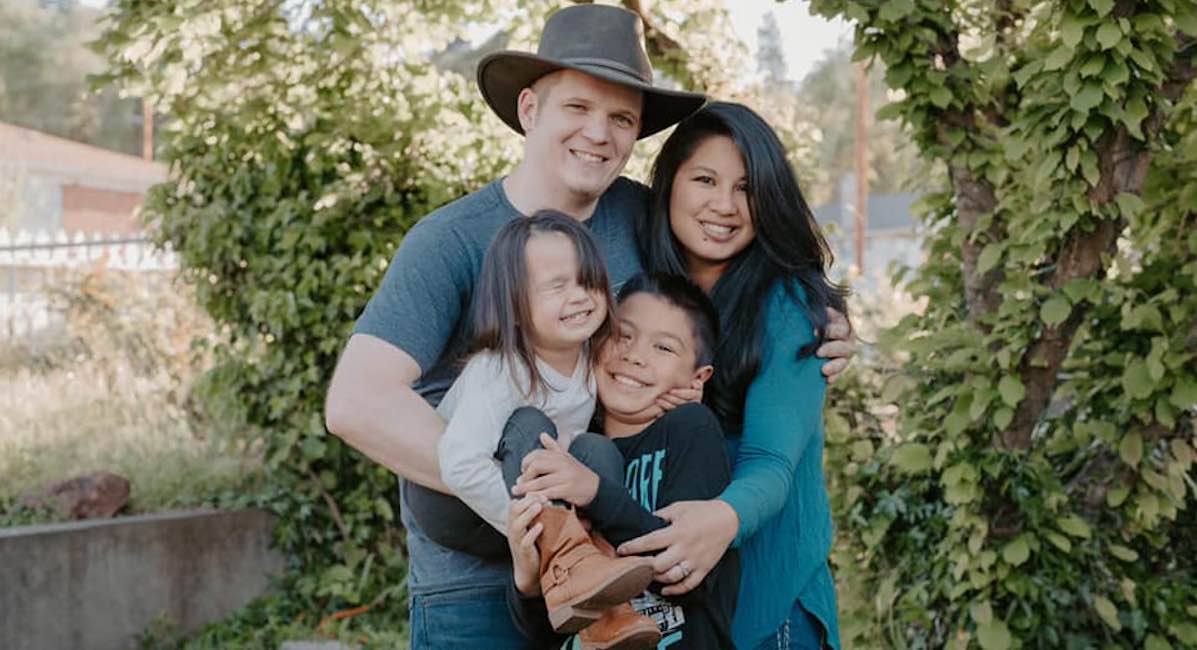 I had finally gathered the courage to tell him I wanted to break up and cancel the engagement. In response, he duct-taped my wrists and my ankles. I laid helplessly on the living room floor of his apartment, and begged him to cut me loose. He filled a bowl of water and proceeded to heat a metal spatula on the stove. I panicked and begged. Eventually, he came over with the hot spatula, put the bowl of water in front of my face, and dipped the spatula in the water so it sizzled. He seethed, “Now imagine how HOT that’d feel on your skin.”

It was one of the two threats he didn’t follow through on. I was often physically, mentally, verbally, and sexually abused. I had been hit with thick fiberglass rods, punched, slapped, and kicked. I don’t even have time to list everything, and some things are too explicit in nature to even say. The controlling, dark, manipulative nature of someone who plays games with your head and emotions through narcissism and gaslighting brings the fight for sanity to a whole new level. His abuse wasn’t just anger, it was premeditated and calculated.

I’d been wanting to break up for a long time, but in addition to abuse his manipulation and dangerous control prevented that from happening. He put me in dangerous situations, like swerving his car on a highway and changing speeds in front of me to control where I went in my car… forcing me to turn into a park and physically abusing me further. I wanted to make curfew at college, but he wanted power and control. He hated when I tried to honor anything other than him and what he wanted. I paid dearly for my attempts. When you lose, and you lose, and you lose… it’s harder to think you can just “safely break up.” I couldn’t even safely make curfew!

READ: She was 12 when her abuser took her to Planned Parenthood. No one there helped her.

I was held captive through control, threats, and abuse during our farce of an engagement. He threatened my life and my family’s life if I were to leave him, and I was being forced to marry him.

I desired to strengthen my relationship with God and get my life on track, so I voiced that we should abstain from sex because we weren’t married. This time, he didn’t duct-tape and threaten to burn me.

Days after, he continued to rape me and said, “If you don’t give it, I’ll take it.” Did I mention he owned 10 machetes, some bayonets, knives, and switchblades? Not long after, I found myself pregnant.

The shame I felt was fearing people would judge me before I could fix my life from this mess the way I wanted it fixed, not the way they perceived it. The shame I felt was from knowing people had already been judging me, and knowing the unholy mistakes I made with him before the abuse started. I owned that, and it was my own conviction to deal with and give to God.

The shame I felt was degradation, shattered dignity, and the lie that I wasn’t worth it anymore. But… my baby was!

I was suicidal before I found out I was pregnant, and when I found out I had a baby inside of me I had a surge to fight and protect this new, innocent life. The healing started and the power of the lies I had believed about myself started to fade because it was no longer about me, it was about my baby.

It was no longer about my failure but about who Baby could become.

It was no longer about my abuse but about keeping Baby safe.

It was no longer about what people thought of me but about how much I treasured Baby.

It was no longer about planning my suicide but planning Baby’s future. 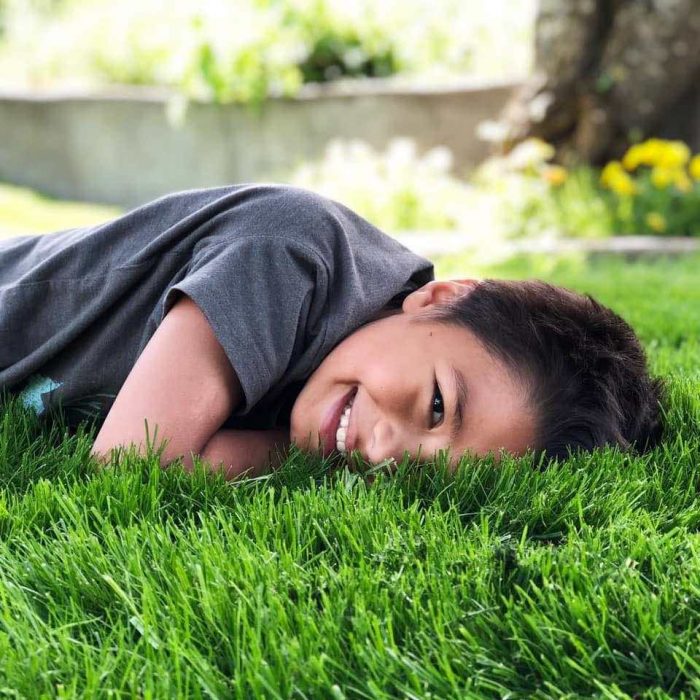 At 3.5 months pregnant, my abuser took me to a nearby field on a dark night told me to defend myself with a fiberglass rod that he threw at me. After defending myself, I chose the timid route and fell to the ground in a fetal position to protect my stomach, taking hits on my back, head, arms, and wherever else his blows landed.

Later on, he admitted he was hoping the baby would’ve died.

I was forced to marry him two weeks later. Time passed and eventually my precious son, AJ, was born.

My abuser began regressing in strange, childish ways; his premeditated abuse and anger also deepened. When AJ was about eight months old I planned my escape. My dad came to help pack up what we could and we left. Freedom. Maybe.

He stalked me and we got a restraining order.

Two years later, I married an amazing man, Josh, who loved me and embraced AJ as his very own!

I will never forget the first time my AJ entered the world – excitement and joy filled me! Little did my parents and I know just how precious he’d be to so many people, even strangers. AJ made those who were invisible to society seen: disabled, homeless, lonely, scary, sad, bullied, ignored… the list goes on.

Last year, my mom was picking him up from school, and AJ saw a girl heading to the car with her mother/guardian, and she looked sad. AJ noticed. He slowed his walk and went over to her and asked, “Do you need a hug? Can I give you a hug?” She nodded and he gave her a sweet hug. It clearly brightened her day. That’s AJ. That’s my son! That is who he is. That is what he does.

READ: Raped and abused by her controlling boyfriend, Victoria still chose life for her daughter 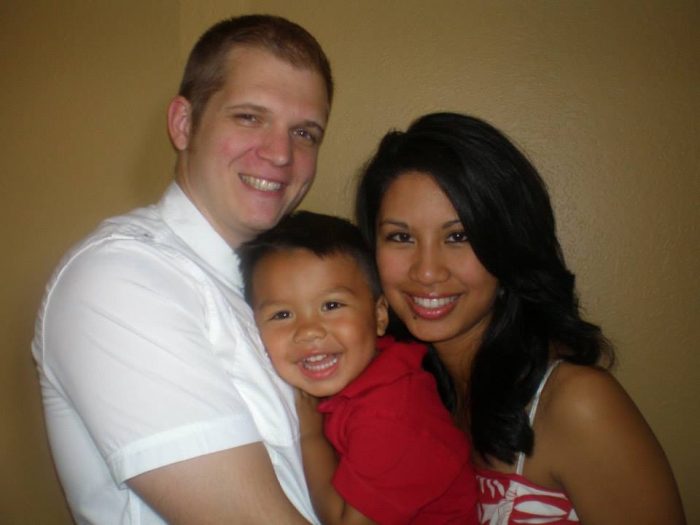 Whether or not I wanted him — and regardless of how anyone feels about him — does not define his character, value, or worth. Who his biological “donor” is doesn’t define him, either. I am so proud of my son, who emanates love, brings joy into people’s lives, and includes everyone. It’s like he’s built to pour into people the truth of their value. I can’t imagine a world without him. Without AJ, all those moments would be gone.

Some of you never had someone tell you that they loved you, and in turn, it’s hard for you to love others, much less a baby, when no one poured that love into your own life. It breaks my heart, and I wish someone did.

You are loved, wanted, of worth, of value, and you are in my thoughts.

Author’s note: There is more to this story. Eventually, my ex relinquished his rights, and my husband adopted AJ legally. AJ was already adopted by heart from the start!

Bio: Robyn McLean is a wife and mother to two adorable kids, AJ and Lux. She LOVES coffee and her passion is cultivating Stirring Embers, a movement of women in The Columbia River Gorge coming together to enrich each other in their God-given gifts and unique design—connecting through joy, laughter, and tears. They are based in The Gorge with an outward reach. Visit her website at Stirring-Embers.com or connect through Facebook, Instagram, or SpeakerHub.