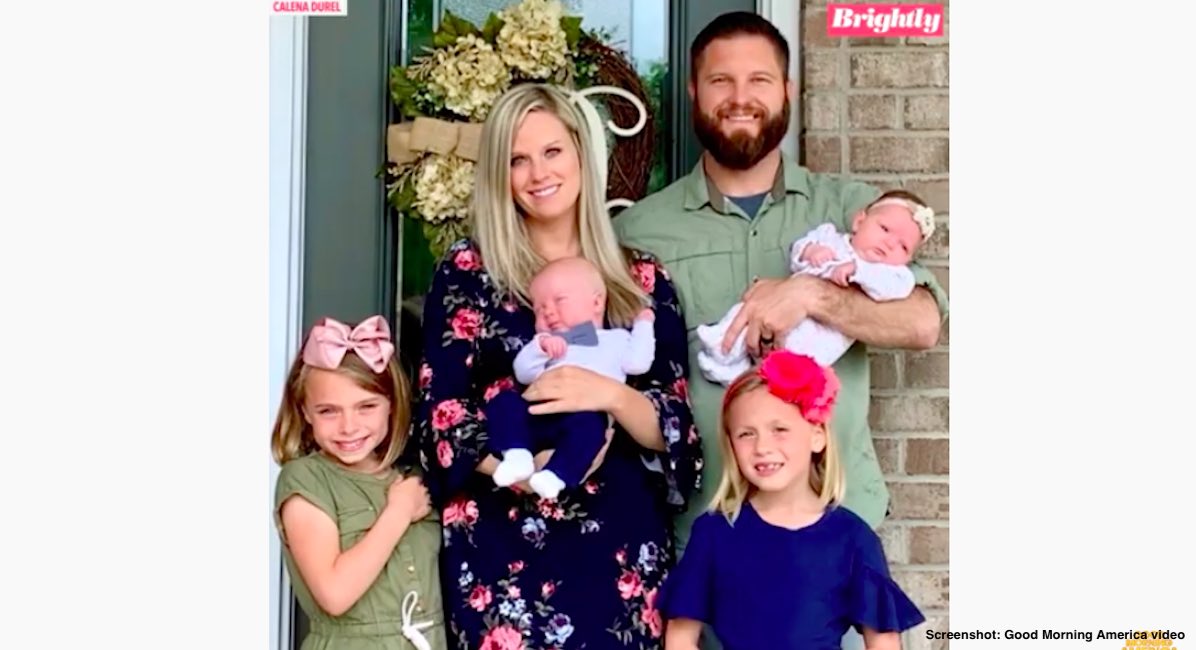 Calena and BJ Durel had gone through five years of infertility before being able to grow their family — and in the process, got more than they ever imagined. They began their journey as foster parents, originally stepping in to provide respite care for two sisters, Mariah and Aubree. The two girls would soon officially join the Durel family, along with a surprise set of twins.

When the Durels first met Mariah and Aubree, they felt connected to them instantly. “I took a photo of them that day because it just felt like we were supposed to be with them,” Calena said, according to Good Morning America. “I sent the picture to my mom and told her, ‘I can’t imagine these girls not being in our home. There’s just something about them.’”

The couple fostered eight children until Mariah and Aubree were available to be adopted, keeping hope that the girls would one day be theirs. “We had no idea where their case was going but we just had that tug that they were meant to be with us,” she said. Then they got the call in July of 2018: they could adopt Mariah and Aubree. While the Durels immediately said yes, Calena thought her anxiety was getting the better of her.

The Durels moved into their new house with Aubree and Mariah in December of 2018, and then in February, delivered their twins, Gavin and Grace. Aubree and Maria were officially adopted in August, bringing the Durel family from a family of two to a family of six.

This hasn’t reduced the Durels’ desire to advocate for foster kids, especially the older ones. “I think with the older kids, I think so many of them get overlooked because of that fear of the unknown, but the reality is most of these older kids just want to know that they are wanted,” BJ told WCPO Cincinnati. “They just want to know that someone is going to be there for them because they’ve never had that before.”