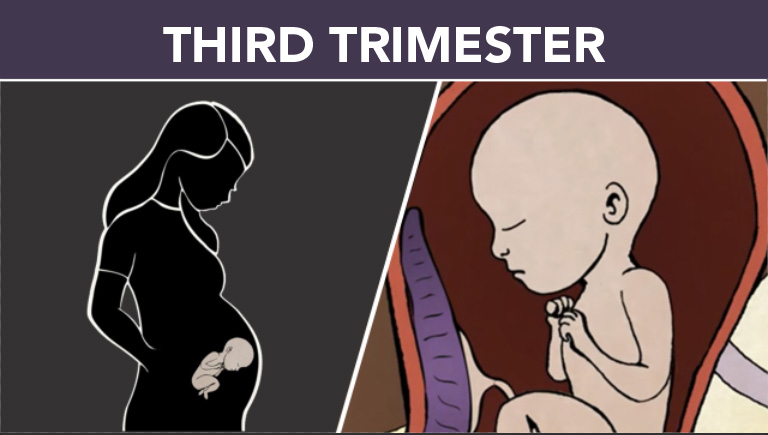 There are many abortion methods, most of which pro-lifers are familiar with already; but one method that doesn’t often get much notice is the induced stillbirth method. When a woman comes into a facility for a late-term abortion, this is the procedure that is sometimes used.

The abortion itself will take several days to complete. Laminaria will be inserted into the woman’s vagina to cause the cervix to dilate. But unlike other late-term abortions, the abortionist will kill the preborn baby first, with a shot of digoxin through the heart. Live Action’s Inhuman investigation exposed this horrific practice.

What happens when a baby survives an abortion? Live Action’s undercover cameras reveal what late-term abortionists would…

Time and time again, clinic staffers assured investigators that should the baby somehow survive this process, they would not resuscitate or provide any kind of life-saving care, a violation of the Born-Alive Infants Protection Act.

In New York, the woman is told to flush the baby down the toilet if she delivers the baby at home. When the woman asks what would happen in the baby were to be born alive, the worker tells her that they will make sure the baby does not survive by placing the baby into a jar of “solution.”

“The solution will make it stop. It’s not going to be moving around in the jar … that’s the whole purpose of the solution.”
“It’ll automatically stop. It won’t be able to…not with the solution.”

The staffer also lies to her about laminaria, saying that once they’re inserted, it’s too late for the woman to change her mind.

CLINIC: Yes. The sticks that are, they’re toxic.

CLINIC: So if you don’t come back the next day, that could be your life at risk.

CLINIC: So that’s why we make sure we tell patients to make sure, because you some some [sic]patients they’re like, Oh my God, they change their mind–

CLINIC: And then, they never come back

WOMAN: …. So they’re not going to try to reverse the decision or anything?

CLINIC: you can’t, because your child will come out say, either stillborn, or it will come out not normal, you know missing parts, deformed. It’s just toxic.… It has to be 100%. You have to be 100% that you want to do this.

Now, it is true that the laminaria can cause infection and would need to be removed (at least one Planned Parenthood patient died from just this); but if a woman goes home and changes her mind, she absolutely can have the laminaria removed and continue on with her pregnancy. The laminaria is not toxic— it will not kill the baby, nor will it cause the baby to become deformed, sick, or disabled. Staffers, however, want to insure that she will go through with the procedure, so they lie.

The second video in the Inhuman investigation was in Washington, D.C., with late-term abortionist Cesare Santangelo. This clinic is not related to the clinic in New York, yet once again, we see that staffers would refuse to help a baby born alive:

“Technically – you know, legally we would be obligated to help it, you know, to survive. But, you know, it probably wouldn’t. It’s all in how vigorously you do things to help a fetus survive at this point. Let’s say you went into labor, the membranes ruptured, and you delivered before we got to the termination part of the procedure here, you know? Then we would do things – we would – we would not help it. We wouldn’t intubate. It would be, you know, uh, a person, a terminal person in the hospital, let’s say, that had cancer, you know? You wouldn’t do any extra procedures to help that person survive. Like ‘do not resuscitate’ orders. We would do the same things here.”

The third video was in Phoenix, Arizona, with abortionist Laura Mercer, who explains how they kill the child:

Then, yet again, we are told that they will not attempt to save a baby born alive.

Linda: Uh-uh… No… They do not resuscitate.

Mercer also insists that the woman comes to the abortion clinic if the baby is born alive, or if her water breaks. She stresses that the woman should not go to the emergency room, because ER workers will try to save the baby in either circumstance… and, of course, Mercer will not.

Abortionist LeRoy Carhart, who has a history of killing and maiming his patients, made the most horrifying of all, and joked about his abortion “tool kit”:

Woman: But if we run into trouble … for some reason, I’m not able to deliver, you’ll be able to get it out in pieces.

Dr. Carhart: We’d take it out…

Woman: What do you use to break it up? Just–

Dr. Carhart: A whole bunch of–

Woman: You’ve got a toolkit.

He also explained that he kills the baby in advance with a shot to the heart, and then uttered the infamous “meat in a crock pot” line.

Dr. Carhart: It gets soft – like, mushy – so you push it through.

Woman: So what makes the baby “mushy”?

Dr. Carhart: For 3 days, yeah… It’s like putting meat in a crock pot, okay? … It gets softer. It doesn’t get infected or–

Woman: OK, so the dead baby in me is like meat in a crock pot.

Dr. Carhart: Pretty much, yeah … in a slow cooker.

Carhart is also the king of the hotel room abortion, sending his patients to wait and hope that everything goes as planned – because as Christin Gilbert and Jennifer Morbelli tragically discovered, he won’t be there if anything goes wrong.

Finally, in New Mexico, an investigator is told that women are sent to hotel rooms to deliver their dead babies. A worker tells the investigator that should she deliver early, she should unlock the hotel door, and just sit on the toilet and wait for the abortionist to arrive.

If we can’t catch it [delivery of the dead baby – the final stage of the abortion procedure] early enough, which has happened … then you’ll want to unlock the door to the hotel room, get your cell phone, and just sit on the toilet. You don’t have to look at anything … you can stay on the phone with us until the doctor and nurse get there[.]

These investigations expose the barbarism of the induced stillbirth abortion for what it is, and also show how easily abortion workers dehumanize the preborn babies that become their victims.