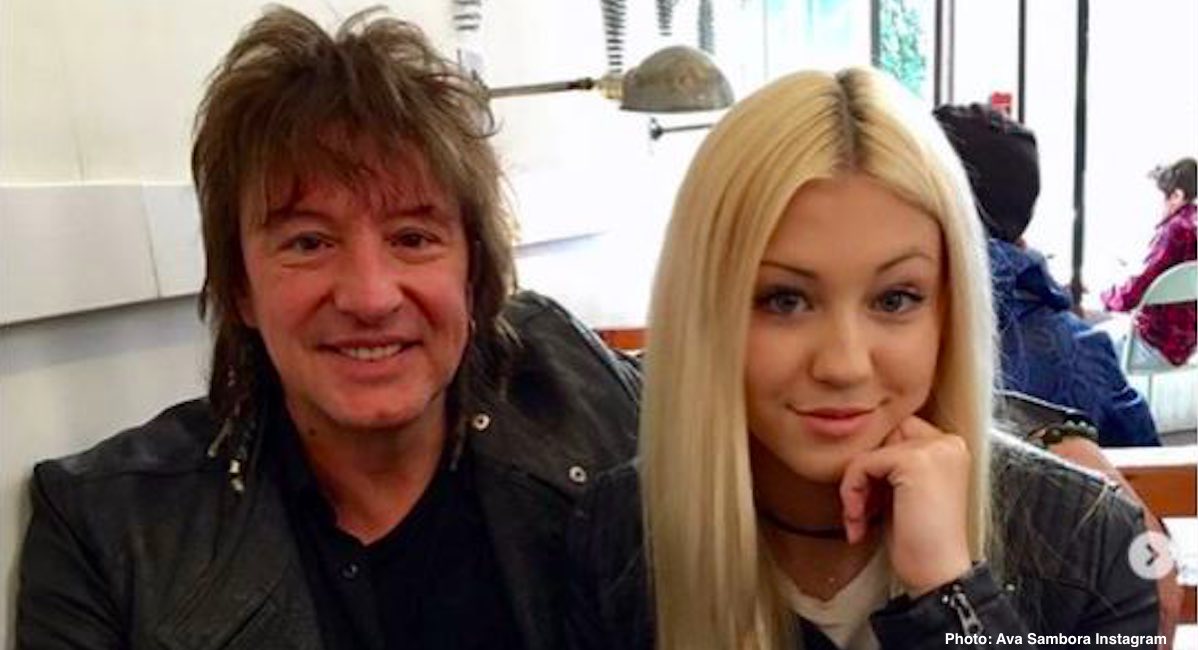 Fathers have a vital role to play in the lives of their children, but all too often, fathers choose to walk away from — or are pushed out of — their children’s lives. According to Fatherly.com, children who grow up with active fathers tend to have higher IQ test scores by age three, have fewer psychological issues, and are less likely to drop out of school or end up in jail compared to children with absent fathers. Children who have close relationships with their fathers are more likely to avoid high-risk behaviors and build healthy relationships as adults.

To celebrate fatherhood, here are some dads who are doing their best to get it right.

At just two days old, Ray Kimbrell’s son Patrick was diagnosed with spinal meningitis due to a strep B virus, which caused him to develop cerebral palsy. Doctors didn’t think he would survive, but he proved them wrong, and doctors then said his quality of life would depend on how engaged he was. His parents were determined to help Patrick, who is now in his 20s.

“We never really looked at it as a disability,” Kimbrell told The Lewisville Texan Journal. “Obviously we help him, but never to the point where he feels like he’s helpless. We always encourage him to do stuff.”

When Patrick was in fifth grade, Kimbrell accompanied his son and classmates on a three-day camping field trip. Kimbrell had left the Marines after Patrick’s diagnosis. He and his wife worked opposite shifts so one of them was always home with Patrick, but leaving the Marines and his upcoming promotion was heartbreaking for Kimbrell. In an essay reflecting on that camping trip, Kimbrell recalled how they came across a waterfall, with only pillars spaced along the edge to walk across — no bridge for a wheelchair. He wrote:

I stared again at the pillars. They reminded me of something I’d seen a long time ago. The Confidence Course. “No one stays behind!” I yelled. I hoisted Patrick onto my back. “Hold still,” I said, stepping onto the first pillar.

Halfway across, he started laughing. His laughter echoed across the lake, a sweeter sound than I could ever have imagined. Maybe God did have a plan for me all along. The Marines were just a part of it, training for the most important duty of my life: being Patrick’s father.

Best known as the guitarist for Bon Jovi, Richie Sambora is also father to Ava, 23. In 2013, Sambora made the controversial decision to leave Bon Jovi, and he opened up to People about it:

That was a time of psychological maintenance for the family. You know, I ain’t no angel. But I realized, Ava needed me to be around at that point in time. Family had to come first, and that’s what happened. 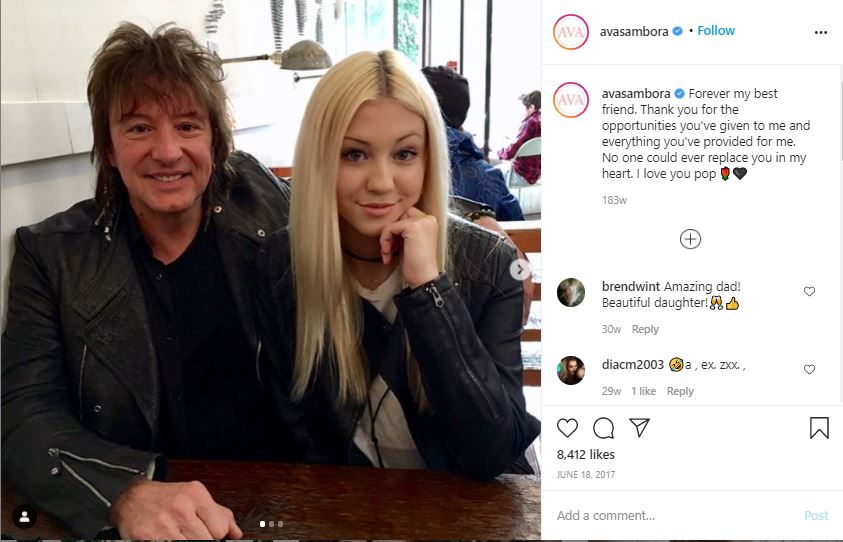 In the over three decades of being on tour with Bon Jovi, Sambora said that while on tour he would routinely fly home for short visits rather than stay with the band. “I love being a dad more than anything,” he explained. “Luckily I was making enough money to be able to have a private plane, get my ass home and see my kid even if it was only for one day. If it was Halloween, it was boom, home.”

For Ava, those quick visits meant everything. “He showed up to every dance recital I performed in and all of my school functions no matter how far he had to travel,” she said. “He even flew all the way from Australia to surprise me at my father-daughter dance.”

After leaving the band, he would drive Ava to school every day and they would talk and bond. “I brought a child into this world,” he said, “and I do not take it lightly.”

Ava graduated high school with a 4.2 GPA and 11 scholarships. She attended Loyola Marymount University, where she graduated this year with a 4.0 GPA.

In an article for Guideposts, Jay Payleitner wrote about how he always made it a point to not to miss the games, concerts, and science fairs of his five children. He and his wife even sneaked into one son’s English class to see him perform a skit. They were the only parents there. When that same son was in college, they drove hours to watch him play intramural flag football to cheer him on. Then the other team had to forfeit.

“I tried to hide my disappointment,” wrote Payleitner. “No big deal. Unless you’d just driven three hours to get here. We took Randy out for pie and coffee. Nice, but I’d had my heart set on seeing him in action. I’d wanted to cheer for my son.”

He wondered if he was trying too hard to be a supportive dad. Then he remembered something his father had done for him and his brother. After their father dropped him and his brother at the boat launch for a 40-mile canoe journey, they were off in their canoe and Payleitner thought to himself, “I wish Dad could see us.” He continued:

About a mile downriver we came to a bridge. I looked up and there he was. Dad, standing right in the middle of the span. He didn’t shout instructions or do anything embarrassing. He simply waved until we passed underneath. I looked back and he was gone. Huh? Was I just imagining him?

But several miles later, at the next overpass, there he was again. And the one after that. And the next. […]

My dad had taken a chance and literally gone the extra mile (and then some) to show us his love. All these years later it had never left me.

Twenty-four years ago, well-known “Ghostbusters” and “Honey I Shrunk the Kids” actor Rick Moranis disappeared from the spotlight. His wife had died from breast cancer and he knew his two young children needed him, so he said goodbye to Hollywood to focus on raising them. “I was working with really interesting people, wonderful people,” he said. “I went from that to being at home with a couple of little kids, which is a very different lifestyle. But it was important to me.”

He added, “I have absolutely no regrets whatsoever. My life is wonderful.”

Now that his children are grown, Moranis is getting back to work as a comedian and actor. His daughter Rachel is an entrepreneur and his son Mitchell is following in his father’s footsteps as a comedian.

Another comedian showing dads how it’s done is Mike Hanley, who went viral with his daughter Jessica in a 2012 father-daughter dance video at her Bat Mitzvah. Followers of his Facebook comedy page will see his parenting skills put to the test even as she goes off to college. You can see him struggle with being a dad to girls when he comes home to find a towel wrapped around the chandelier because there was a giant bug on it.

Showing the humorous side of fatherhood teaches us all that being a good father does not mean a man has to be perfect… he just has to be actively present in his child’s life. And with his viral video, Hanley showed more than 23 million viewers what being a good dad looks like.

Fathers matter. As Dr. David Popenoe, author of “Life Without Father,” wrote, “Fathers are far more than just ‘second adults’ in the home. Involved fathers — especially biological fathers — bring positive benefits to their children that no other person is as likely to bring. They provide protection and economic support and male role models. They have a parenting style that is significantly different from that of a mother and that difference is important in healthy child development.”

No matter how capable women are — and they are capable — good fathers are important to the emotional health of their children.