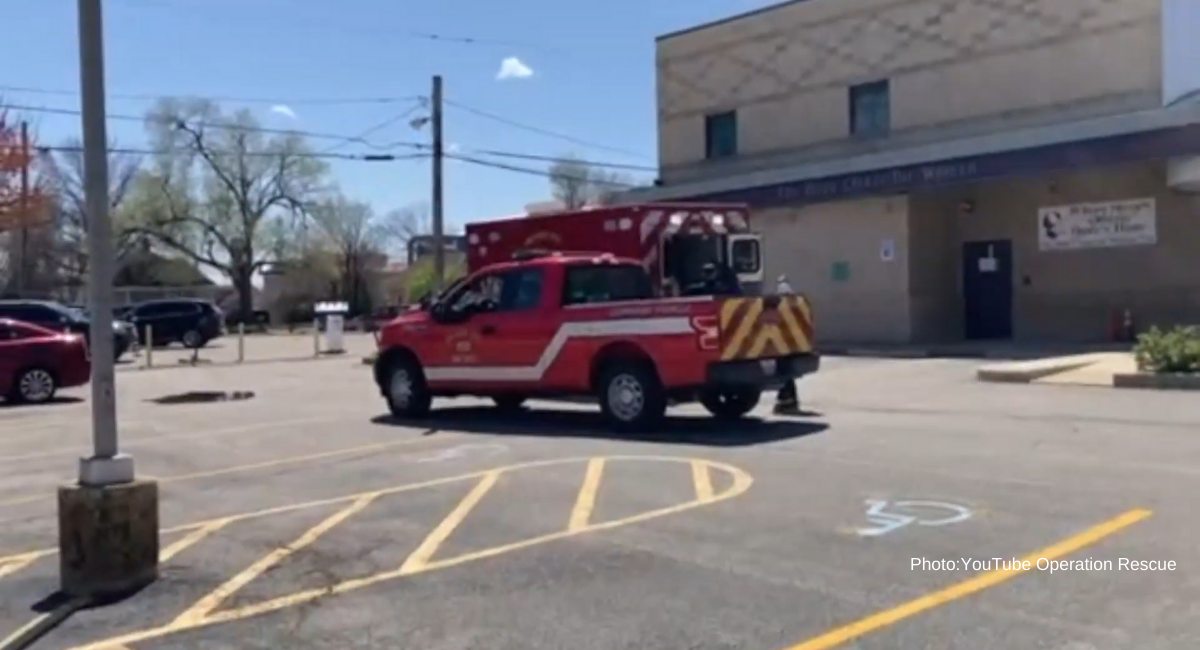 An Illinois abortion facility has sent another woman to the hospital, the latest in a long line of injuries from the notorious business. Hope Clinic for Women (HCFW), located in Granite City, is known to have injured at least 11 women within the past two years, raising serious questions about why local authorities won’t intervene.

Pro-life watchdog group Operation Rescue obtained the 911 recording, in which the abortion facility called for an ambulance to transfer a patient to Barnes Jewish Hospital. This is a long-running practice of HCFW and is noteworthy because Barnes Jewish Hospital is located across the state border in St. Louis, Missouri, 17 minutes away. In an emergency, that distance can mean the difference between life and death — and yet, HCFW sends women there instead of to the hospital located directly across the street.

In this instance, the woman was hemorrhaging and needed to be hospitalized.

Rose Wascher, a witness at the scene, said the patient’s husband was not informed about the emergency, and that his wife was 18 weeks pregnant.

“I feel it [is] the Hispanic man’s spouse who is in the ambulance because his car was the car in the lot,” she told Operation Rescue. “I had [a] Hispanic seminarian from Kendrick Glennon to counsel him, and [he] said that his wife is 18-weeks pregnant. … [T]he seminarian warned him that she would be in danger because of how far along she is. No one has told him about his wife. … This is just horrible!”

READ: Pro-abortion activist claims it’s OK to kill a child, even after birth

If this is indeed the injured patient, the abortion procedure she most likely underwent would have been a dilation and evacuation, or D&E. In this violent procedure, which takes several days, the mother’s cervix is forcibly dilated, and the baby is then dismembered, his limbs ripped from his torso, and his skull crushed.

HCFW has previously been cited for health violations, including failure to prevent potential cross-contamination and infection, and a lack of properly working equipment. The building was also not up to safety standards, and it has been criticized in online reviews.

“The Hope Clinic for Women continues to habitually endanger the lives of pregnant women in the process of profiting from destroying the lives of their innocent babies,” Troy Newman, president of Operation Rescue, said in a statement. “Illinois is a state that recently liberalized their abortion laws. Should Roe v. Wade be overturned, that facility is poised to profit greatly from the increase in abortion clients, so we can only expect the number of women maimed during their obviously negligent abortions to increase.”