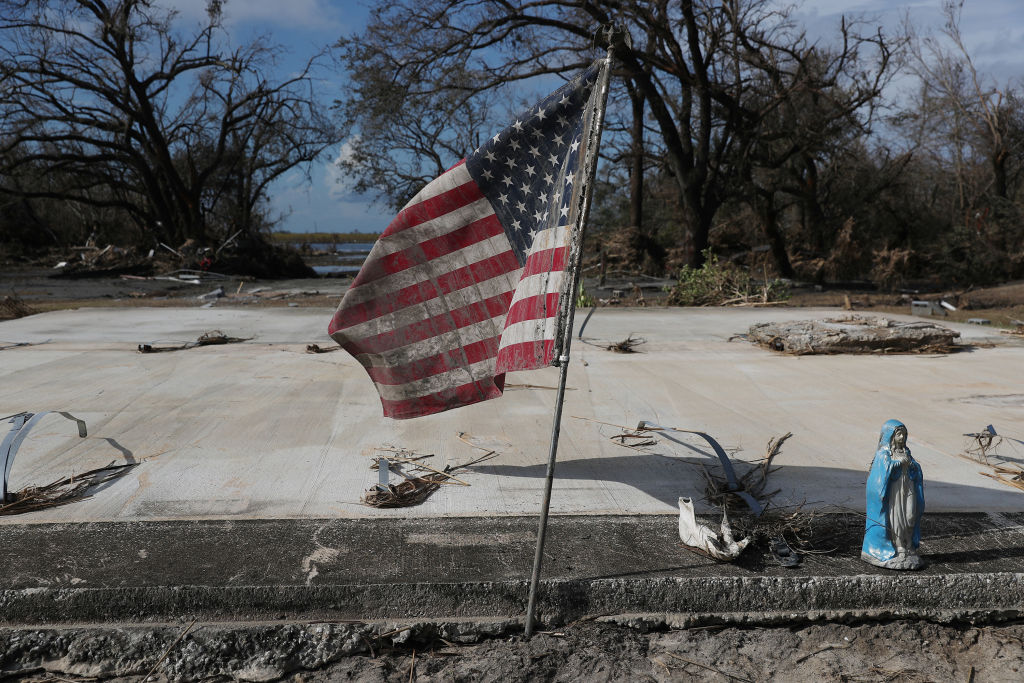 Thousands of people from Lake Charles, Louisiana, were forced to evacuate as Hurricane Laura approached from the Gulf of Mexico last week. The powerful Category 4 hurricane threatened 150 mph winds and catastrophic storm surges, causing nearly one million people to flee from Texas and Louisiana, with the Lake Charles area ultimately the hardest hit. Yet a small group of brave people remained behind to care for babies who weren’t able to leave.

Nineteen babies remained in the neonatal intensive care unit (NICU) at Lake Charles Memorial Hospital, and a team of 14 nurses, two neonatal nurse practitioners, three respiratory therapists, and one doctor stayed behind to make sure they stayed safe. Some of the babies weighed as little as one pound, others relied on ventilators, feeding tubes, and respirators, and some were born premature as early as 23 weeks. The team slept in shifts when they could to make sure someone was always caring for the babies.

“It’s important to know the dedication of all the nurses and the respiratory therapists to keep taking care of the babies when they don’t even know the condition of their homes,” Dr. Juan Bossano, a neonatologist, told CNN. “In a small town like this, people have to pull together. I’m proud of them.”

The babies had been moved from the women’s hospital to the main hospital in advance of the storm, as the main building had a generator and was built to withstand hurricane-force winds. “It went as smooth as could be because we had everyone helping,” hospital administrator Alesha Alford told the Associated Press. Matt Felder, director of communications for Lake Charles Memorial Health system, told CNN the staff moved as quickly as they could to beat the hurricane to safety. “In two hours’ time, we transferred 19 NICU babies from that facility to our main campus,” he said. “They did it in record time, 19 babies across the city in under two hours. We had 19 NICU babies with four on ventilators, some of them very sick, and we were out in 2 hours. I have never seen something work so quick and so smooth for something that was unexpected.”

Yet even then, once Hurricane Laura struck, it was difficult to keep everyone safe and comfortable.

Patients were kept in the hallways to remain safe from breaking glass, with mattresses stacked against the windows. The building vibrated with the wind, and water leaked through the windows. There was no air conditioning in the hospital, and then, the city’s water system was damaged so severely that the hospital lost water as well. After that, once it was safe, the babies and other patients were transferred to other hospitals in Louisiana. But all the while, the staff remained devoted, even as their own homes faced damage and their families were in danger. Ultimately, the community of Lake Charles ended up devastated by Hurricane Laura, with hundreds of thousands of people left without power or water. Six people died in Louisiana, and at least 16 people died as a result of the hurricane in total. But these 19 vulnerable babies were kept safe.

“Really the nurses and the respiratory therapists are the heroes here,” Bosanno said. “They showed that very clearly the way they performed.”