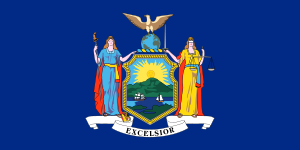 I’ve lived in New York all of my 22 years. Even during college I lived in the Bronx and for the rest of my life I’ve lived on Long Island. I have loved living here, and I love the city and the island. At least, I used to.

As some states seem to be moving forward with pro-life laws, New York is moving in completely the opposite direction. There’s a post on Live Action Thursday morning from Cassy Fiano, about an app and website for finding an abortion clinic, as well as birth control and some story about a teen who has had sex with her boyfriend but wants to have sex with a girl now as well. There’s all of this, plus a reminder their parents don’t need to know. Honestly, nothing surprises me anymore.

I used to hope I was just being pessimistic about New York. The state has had a long history of being pro-abortion. But the state has been in the news quite a bit this past year. And for those who are going to take issue with calling New York a pro-abortion state, I ask what else you would call a state that has an abortion rate double the national average, and where in the city, particularly the Bronx, the numbers are worse. New York hardly has any abortion restrictions, especially compared to other states. This is something TIME  has also noted. Americans United for Life ranked New York State #48 most pro-life for 2013, worse from #44 in 2012. I have a feeling in 2014, New York will be ranked #50. And yet Governor Cuomo still thinks more abortion access is needed?! If I were given the opportunity to ask the governor myself, in person, I assure you, my question would not be rhetorical.

I have to admit, sometimes I feel like there is no hope for New York. Let me be clear though, that does not mean I do think that babies conceived and born in New York are any less deserving of the right to life. I was conceived and born here, remember? There just seems to be so much against us, though. Speaking as a religious person, I truly feel that God will judge New York one day for the state’s backward stance on abortion.

But again, just because we may have a tougher time here in New York does not mean that the efforts of pro-lifers is not courageous and worth it. It must not be easy trying to be pro-life in the state which is the third worst. But may God bless pro-lifers for their dedication and efforts. New York may not be able to be great again until it does away with such a heavily pro-abortion mindset, but there is still the possibility. If the Reproductive Health Act passes, New York state will still have a fundamental right to abortion, even when Roe v. Wade is overturned. But the bill may not pass. Fortunately, State Senate Republican Leader, Dean Skelos has said it won’t be voted on. And perhaps one day, if Senator Skelos is not already that man, we will have another person in New York state with such influence as Ellen McCormack, who ran for president twice and was a founding member of New York’s Pro-Life Action Committee (PLAC).

Unfortunately right now, it hardly seems like there could be a worse place in this country for a child in the womb than New York, particularly the city. And when the state does nothing to protect these children, and in fact even makes their demise even more accessible, the state should truly be ashamed. I want to be angry sometimes with those who promote abortion even further, but at the end of the day feel we should be hoping that God may have mercy on Andrew Cuomo’s soul. No matter how bleak the situation may be in New York, I hope that one day this state can once again become great and that the dignity of all persons can be recognized, even here.