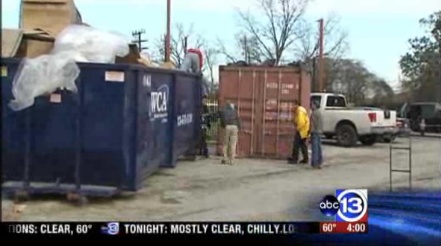 These lapses of logic are getting people killed.

We recently discussed the double-standard that occurs when abortion-backers decry child abuse while simultaneously propagating the ultimate child abuse of abortion.

In the last two weeks, Houston has been the backdrop for two stories that aptly reveal more of the double-standards set by abortion-supporters. These harrowing abortion stories blatantly demonstrate the fallacies that accompany legislation and philosophies aimed at enshrining abortion as a right or a good.

First, last week, a young woman filed a lawsuit against her parents, claiming that they were attempting to force her to abort the baby she is pregnant with. She is a minor and wants to keep her child. It can be implied from much abortion-related legislation that the wantedness of a child is what determines his or her right to life.

This premise of “wantedness” is what legitimizes the teen suing her parents: because she wants the child, the parents have no right to interfere with the baby’s right to life or its mother’s right to protect it. On the other hand, if the teen did not want the baby, then she could easily obtain an abortion (even if her parents did not approve, she could be almost guaranteed a judicial bypass in Texas).

This double-standard is evident in cases where criminals who kill women carrying wanted babies (such as Laci Peterson) are charged with the double-homicide of mother and child. An abortionist who commits an abortion on an unwanted child is not charged with any homicide and is in fact protected by law. This is a double-standard, and it is culpably ignorant of the “what” of an unborn child: if it’s a human, it should be protected by law. “Wantedness” does not magically morph a non-human into a human who deserves protection.

Another story out of Houston just this week ended more tragically. An unidentified woman was hospitalized due to major hemorrhaging following what was revealed to be a self-induced abortion. First she told authorities that her baby was wrapped in a blanket in the dumpster, prompting a massive search of her apartment complex. The woman later admitted that the child was in a different location, where it was subsequently recovered by police.

The double-standard in this unbelievably sad story is that it is only an autopsy of the child’s body that will indicate whether or not this mother can be charged with a crime. Paraphrasing a Houston Police Dept. sergeant, the Houston Chronicle said that “no charges have been filed in the case because it is unknown whether the fetus was alive or viable at the time of birth.”

That means that if the child was born dead (following a “successful” abortion), then the mother cannot be charged with a crime, since abortion (which, by definition, means that a dead baby was delivered after being killed in utero) is legal. If, however, the child was born alive (the approximate age of the child, between 20-25 weeks, indicates that viability was definitely a possibility), then the mother could be charged with a crime.

The takeaway: Either way, the baby was murdered by his or her mother; her intention was the same all along, but the question of where the child died – in utero or out – will determine whether or not a crime was committed.

It’s time to hold the pro-abortion community accountable for the convenient lapses in logic that propagate laws based on shoddy reasoning.