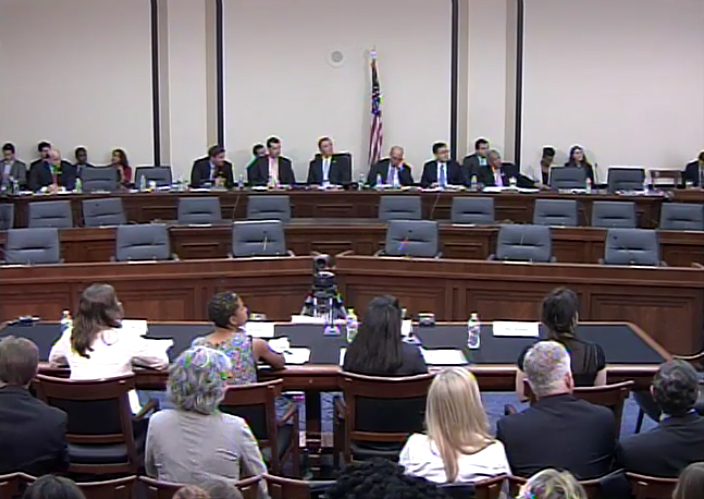 On Friday, the House Subcommittee on the Constitution and Civil Justice, of the House Judiciary Committee, conducted a hearing examining the Hyde Amendment and the Born Alive Abortion Survivors Protection Act.

Rep. Trent Franks (R-AZ), who has sponsored legislation to protect babies born alive from abortions, expressed concern in his opening statement, stating that the Obama administration and a potential Hillary Clinton administration “may intend to reinterpret the plain and longstanding meaning of the Hyde Amendment.”

Franks also lamented a lack of legislation ensuring that babies who survive abortions receive life-saving care. He condemned the lacking debate and votes in the Senate. Franks also reminded listeners about late-term abortionist and convicted murderer, Kermit Gosnell, who was allowed to commit crimes against preborn children for years.

“This insidious sense had taken hold,” Franks said, “that if we’re dealing with abortion, in any of its aspects, we were dealing with ‘a constitutional right,’ which overrode or trumped any local law that might protect the victims.”

Franks passionately summed up the issue: “The abortion industry has labored for all of these decades that unborn children and born children should be completely separated in our minds.”

Kierra Johnson, the executive director of URGE, a pro-abortion group in favor of repealing the Hyde Amendment, also testified. Her group has targeted young people with its campaign, including on tours to college campuses.

In Johnson’s written testimony, she lamented that “the Hyde Amendment is a political tool to push abortion out of reach.” She also pushed for the idea of “ensuring personal decision-making,” which mentioned the Equal Access to Abortion Coverage in Health Insurance Act, or EACH Woman Act.

Johnson stated: “As a black woman, I am outraged that the morally bankrupt Hyde Amendment has been permitted to persist for so long. It is a source of pain for many women and should be a source of shame for those who support it,” she said.

What abortion advocates don’t acknowledge, however, is that the Hyde Amendment saves lives— an estimated 2 million lives in its 40-year history.

The new president will also be able to fill the vacancy of the late pro-life warrior, Justice Antonin Scalia, which could impact the Hyde Amendment and other abortion laws for decades to come.

The entire hearing is below, beginning approximately at the 22 minute mark.