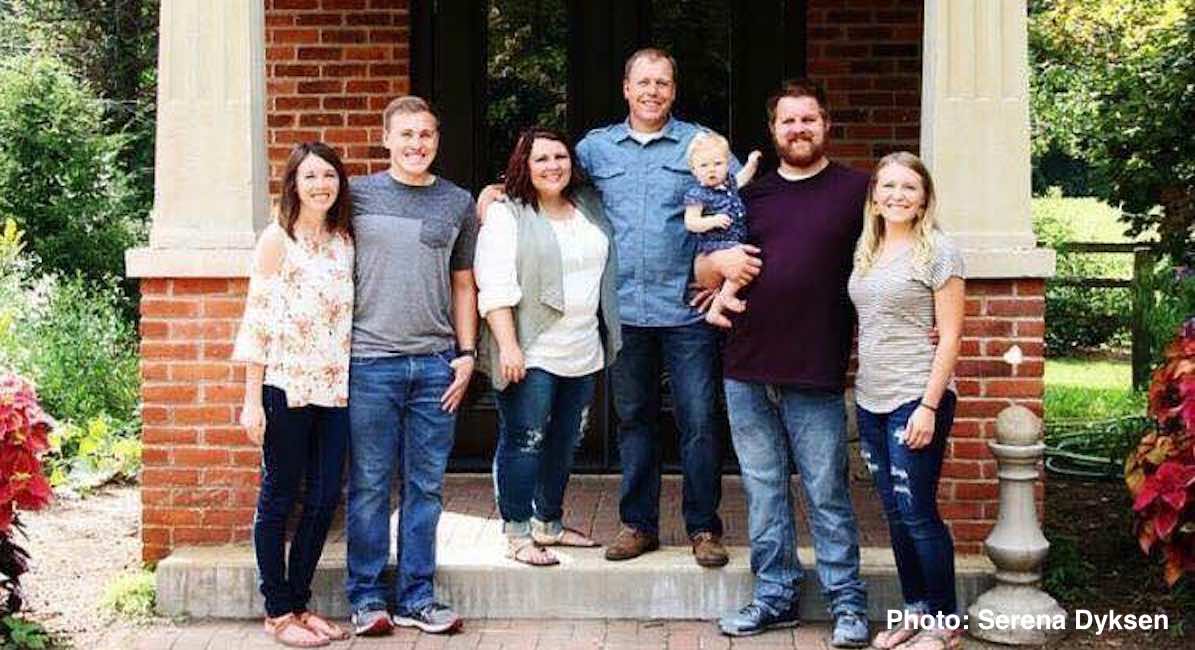 In 1987 around the age of 11, I was sexually abused by a family member, and by the time I was 13 I was pregnant as a result of rape. The pregnancy ended the abuse but it didn’t end the trauma. At 13, I hadn’t even heard the word “abortion.” I knew very little about sex or my own body. When my mom took me to a physician to be examined, she had to answer most of the questions the doctor asked. The doctor suggested abortion and my mom agreed it would be the best choice. I had no idea what they were talking about. Growing up in a dysfunctional and unhealthy home, I learned it was often easier to keep my questions to myself. So I did.

I don’t recall how quickly the abortion was scheduled, but I do remember being told there would be people outside the clinic yelling and harassing us. We were advised to get out of the car and walk quickly inside. My mother responded, “I will knock them out. It’s none of their damn business.”

The day of the abortion I remember thinking about those people, and I was scared. I was already experiencing stress no 13-year-old should have to endure. The abuse, the revealing of it, the pregnancy, the chaos in my home, and having no idea what was about to happen to me was all too much. I didn’t want to be yelled at as well. When we arrived, there wasn’t a single person standing outside. I remember my mom saying, “I’m glad those people aren’t here.”

Inside the clinic, I was taken back to a room alone with a lady who talked to me about removing cell clumps. I remember feeling overwhelmed, scared, and still essentially clueless as to what was about to happen. But when she asked if I was ready, I nodded yes.

I was then ushered into another room where they handed me a gown and told me to change and lay on the table. Eventually a male doctor came in the room smiling and said, “This won’t take long. You will be fine.” What I experienced was less than fine. The pain was excruciating and I began to scream. The doctor snapped at me, telling me to “stop it.” One of the nurses came over to hold my hand and quiet me.

I have never felt that much pain in all the rest of my life. It seemed to drag on forever. Years later, I found my mom’s journal. She had written, “I could hear her screaming and I could not take it.” That day, a whole waiting room heard my baby being murdered.

After the procedure, I was taken to a room full of other ladies. I was placed in a chair and asked if I wanted a snack. I don’t remember if I took it. I was so weak. There’s no way of knowing how long I sat in that recovery room. When the nurses came to take me out to my parents, blood gushed out as I stood. My dad ended up carrying me to the car because I was much too weak to walk. The rest of the day I slept, and to be honest, I don’t remember how I felt the next days, weeks, months or even years following.

It wasn’t mentioned again until 1993… when I was pregnant again. I was dating the man who eventually became my husband, and we were teenagers, having sex outside of marriage. At one point he asked me if I wanted to get an abortion. I found my voice to say NO! I shared my past rape and abortion with him and told him I’d never endure that again. That day was just one of the many times that God would show me the godly man my future husband would grow to be and how he would love his family well. Together, we chose to share with our families that we were expecting a baby.

We were scared, to put it mildly. I was terrified to talk with his parents. My husband grew up in a Christian home, and we both knew that having premarital sex was wrong. But when we told them, they simply asked us to stop having sex, and showed us love. They supported us in so many ways. Even my family supported our decision.

On March 14, 1993, at 11:17 pm, our beautiful daughter was born to unmarried, clueless kids. My husband’s family and their church supported us in countless ways. We even had strangers help us along the way.

My husband’s family and their church were instrumental in their support. They loved us well, never shamed us, and always pointed us to God’s Word. When we were unsure of what to do, someone offered godly advice. When we were broke, someone gave us a baby shower, coupons, and hand-me-downs. When I didn’t know how to take care of my daughter, someone was there to show me.

A couple years later, we had a healthy baby boy. He was a gift in the midsts of several heartbreaking miscarriages. Later, at 29 years old, I had to have a complete hysterectomy. We will never know if this heartbreak was the result of my abortion.

After an incredibly trying time for my family in 2010, my world felt like it was falling apart, and I began to drinking heavily for about five years, eventually turning to drugs. My marriage nearly ended. But one night, God truly revealed Himself to me, and later showed me Lamentations 3:55-58. It says:

“I called on your name, O Lord, from the depths of the pit; you heard my plea, ‘Do not close your ears to my cry for help!’ You came near when I called on you; you said, ‘Do not fear!’ You have taken up my cause, O Lord; you have redeemed my life.”

That would be the last day I took a drink or took any kind of drugs.

I have often thought about my baby and what he or she would look like and what he or she would be doing now, 30 years later. People often say that a victim of rape wouldn’t want anything to do with a resulting child, that the baby would be a horrible reminder of what happened. For me, it is the abortion that is my reminder of what could have been. A reminder that God had a purpose for my baby but it was stolen away.

Genesis 50:20 says, “As for you, you meant evil against me, but God meant it for good, to bring it about that many people should be kept alive, as they are today.” What the enemy intended to destroy me, God used to save my daughter’s life. I have no doubt that God has forgiven me and loves me and my family.

If you’re a woman who has had an abortion, please know that there is healing in Jesus. God is the author of turning ashes into beauty.

BUT GOD, the same God that loves me and sent people to show me His love also loves you. He will give you healing and freedom and will redeem your story for His glory.

Editor’s Note: Photo is of the author and her family today.