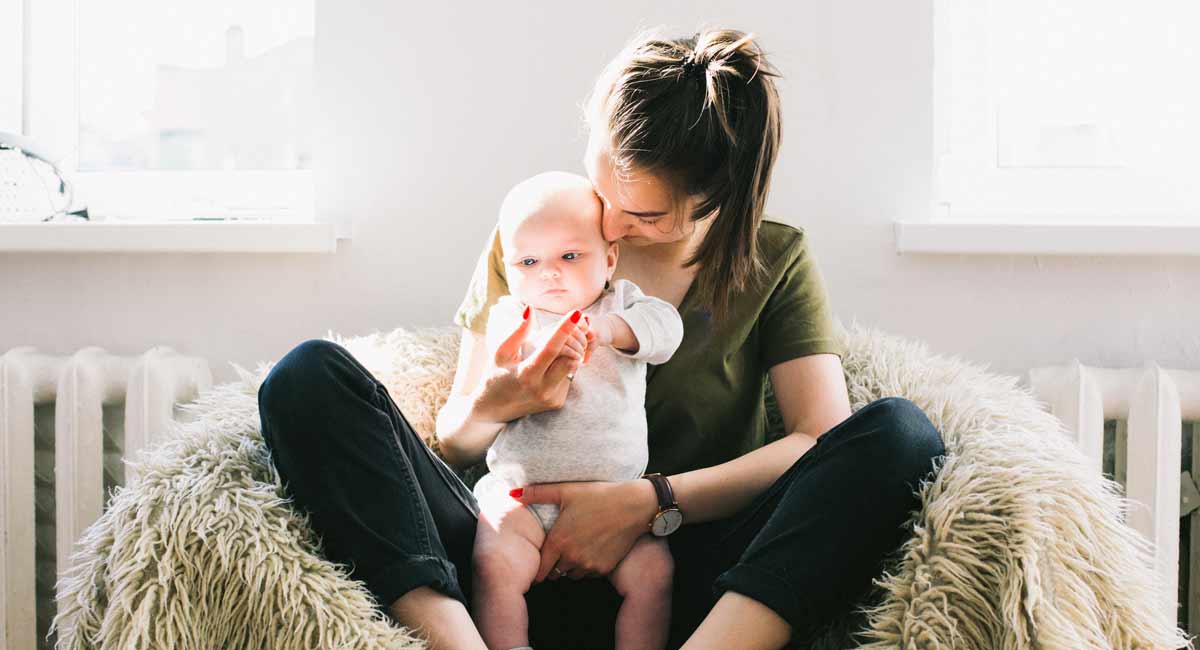 New motherhood is supposed to be a joyous (albeit often sleep-deprived (time, and yet for one in nine new moms (other statistics say as many as one in five) it can feel very different. Postpartum depression or anxiety (PPD or PPA) can look like insomnia, fatigue, loss of appetite, feeling “wired,” panic attacks, hot flashes or night sweats, strange thoughts, uncontrollable crying, obsession with the baby’s health, and even suicidal thoughts.

Traditional therapies have included both counseling and antidepressants, both of which can be helpful to many women. But, women with other children may have a hard time getting to counseling, and more than 1 in 10 women who start antidepressants stop them due to side effects before the treatment can take full effect. Live Action News interviewed Teresa Kenney — a women’s health nurse practitioner at Pope Paul VI Institute in Omaha, Nebraska, where Natural Procreative Technology (NaPro) was founded — about another treatment option that women have said “made me feel like myself again.” What’s more, according to the NaPro textbook “Medical and Surgical Practice of NaProTECHNOLOGY”(2004) these women regularly report feeling better within hours of receiving the treatment.

Kenney told Live Action News that the reasons why women experience PPD or PPA are thought to be related to the major hormonal shift experienced after childbirth. Pregnancy is a high-progesterone state, yet that hormone level goes to virtually zero after childbirth until the woman’s cycle starts to return. This is a normal bodily response, but it can negatively impact a percentage of women, particularly those who have had a history of PPD or PPA or a previous history of severe Premenstrual Syndrome (PMS). This is where NaPro’s protocol comes in.

Women who meet the criterion for PPD or PPA will receive a shot of natural (also known as bio-identical) progesterone in oil into a major muscle. Kenney emphasized that the progesterone is not “correcting a deficiency per se,” since progesterone levels should normally be low after childbirth. Instead, progesterone is given because it has known calming effects on the brain, lifting mood by reducing anxiety. Kenny estimates that she’s personally prescribed progesterone to over 500 women in 20 years as a nurse practitioner, and said that the results have been, by and large, overwhelmingly positive. Women frequently report feeling better within just two hours of receiving their first injection.

NaPro’s progesterone protocol for postpartum depression includes additional doses as needed, and can be tapered with oral progesterone depending on the woman’s needs. While the need is rare, the protocol can also be repeated if the woman experiences a recurrence of symptoms several months later and her period has not yet returned. The protocol is completely safe for breastfed babies as the postpartum woman’s breasts do not have progesterone receptors. Because the progesterone is bio-identical, the only side effect for women is mild soreness at the injection site. Starting the treatment quickly, ideally within days, after the onset of symptoms is key to peak effectiveness. What’s more, while a recently FDA-approved medication called Brexanalone — the active ingredient of which is a progesterone by-product — costs $34,000 and requires hospitalization during the IV infusion, intramuscular progesterone costs around $150 per multi-dose vial and is commercially available.

Kenney told Live Action News that the Pope Paul VI Institute is happy to collaborate with any OB/GYN interested in using the protocol to treat patients. Women who want to work directly with a NaPro-trained provider can find the closest practitioner here.