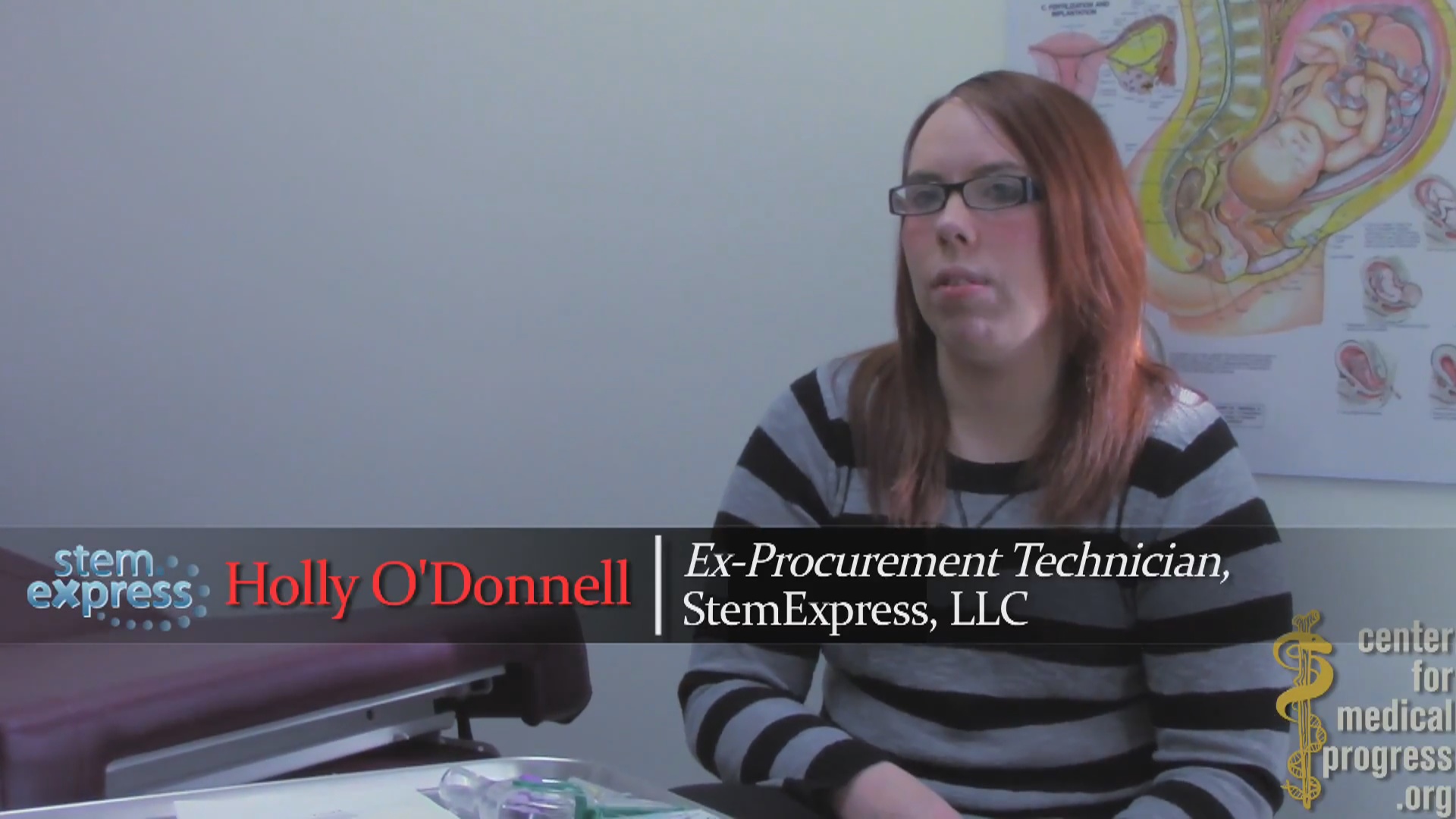 The Center for Medical Progress (CMP) announced the death of Holly O’Donnell in a Facebook post yesterday. Holly, a former fetal tissue procurement technician for StemExpress turned whistleblower, was instrumental in several of the Center for Medical Progress’s investigations for its Human Capital project and Eyewitness Testimony footage. She was 27 years old. CMP wrote lovingly of Holly in a post, which reads, in part:

After fighting multiple severe medical challenges, Holly passed from this life this weekend. She was 27 years old and leaves behind many friends and fellow travelers who loved her dearly and will miss her terribly. We are honored by the time she gave us.

An extraordinary friend and unforgettable companion, Holly O’Donnell was also in many ways an ordinary millennial young woman—who through no fault of her own found herself caught in the unimaginable circumstances of working as a procurement technician for StemExpress, harvesting baby body parts from abortions inside Planned Parenthood. Holly said it was “blood money”, and ultimately quit her job in disgust with how callously she saw StemExpress and Planned Parenthood treating unborn children, their mothers, and their families in the companies’ greed to make money off of aborted baby body parts….

In an age of fear, stifled speech, and equivocal witnesses, Holly O’Donnell never backed down from her testimony of what she saw at StemExpress and Planned Parenthood….

We love you Holly, we miss you, we will see you again someday. Thank you.

Holly was brutally honest when it came to details about her job working for fetal tissue harvester StemExpress. Her first day on the job collecting aborted baby body parts, she fainted:

And she’s uh, she’s literally–she has tweezers and she’s like ‘okay, well this is the head, this is the arm, this is a leg, and she hands them over and she goes okay, here you go, can you show me some of the parts I just showed you?’ And I grabbed the tweezers and I’m like–cuz I didn’t want to lose this job–I didn’t know–I was… stoked to get it–so I did what she said. And the moment I took the tweezers, I put them in the dish, I remember grabbing the leg, and I said ‘this is the leg,’ and the moment I picked it up, I could just feel like death and pain–like I’ve never felt that before, like shoot up, through my body, and I started to–I blacked out, basically.

Holly told of unspeakable horrors that she witnessed. Likely one of the most memorable for viewers of CMP’s videos was when she discussed having to cut through the face of an aborted baby who still showed signs of having a heartbeat.

May Holly rest in peace, and may her loved ones find comfort and strength in their memories of her.