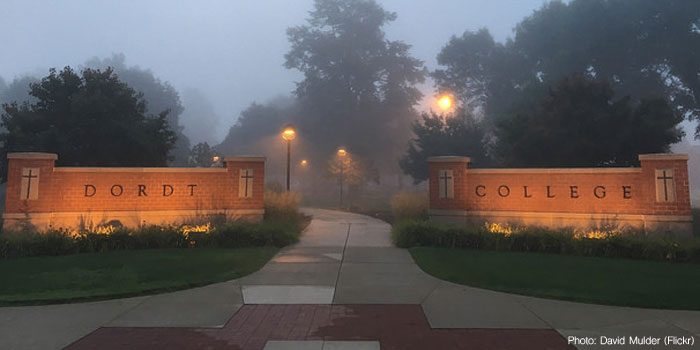 On Tuesday, June 12, 2018, a federal judge ruled in favor of two Christian colleges that were suing the government regarding the Obama-era contraceptive mandate that would force them to pay for the birth control and abortions of employees. This comes after six other Christian schools won their lawsuits over the past two months.

Under former President Barack Obama’s health care reform, employers who provide health care to employees were required to pay for abortion and birth control as well as other family planning services. There were no religious exemptions allowed and if organizations refused to cover abortions, they would be forced to pay fees.

Dordt College in Sioux Center, Iowa, and Cornerstone University in Grand Rapids, Michigan, sued in October of 2013 arguing that the mandate forcing them to pay for abortion-inducing drugs and potentially abortifacient “emergency contraception” violated their religious freedoms.

Cornerstone President Joseph Stowell wrote a letter stating, “Given our conviction that life begins at conception and our commitment to the sanctity of life, we find the mandate to provide our faculty, staff and students with insurance that provides access to abortion-inducing prescriptions unacceptable.”

In May, four private Oklahoma universities won their own lawsuit against the mandate, and a California university and Indiana seminary both won their case in early June. In each instance, the schools were represented by Alliance Defending Freedom.

In 2017, the Department of Health and Human Services abandoned the contraceptive mandate, adopting rules that allowed it to lapse, and the Justice Department soon followed. According to the Detroit Free Press:

After the U.S. Justice Department dropped its opposition to the lawsuit, U.S. District Court Judge Mark W. Bennett in Cedar Rapids, Iowa, ruled that the Department of Health and Human Services (HHS) no longer could enforce the mandate against Cornerstone University in Grand Rapids and Dordt College in Sioux Center, Iowa.

“These schools no longer have to fear being forced to pay fines for simply abiding by the Christian beliefs they teach and espouse, and they are no longer required to fill out forms authorizing coverage for abortion-inducing drugs,” said ADF Senior Counsel Gregory S. Baylor after the Indiana and California case was resolved. “The government has many other ways to ensure access to these drugs without forcing people of faith to violate their deepest convictions.”