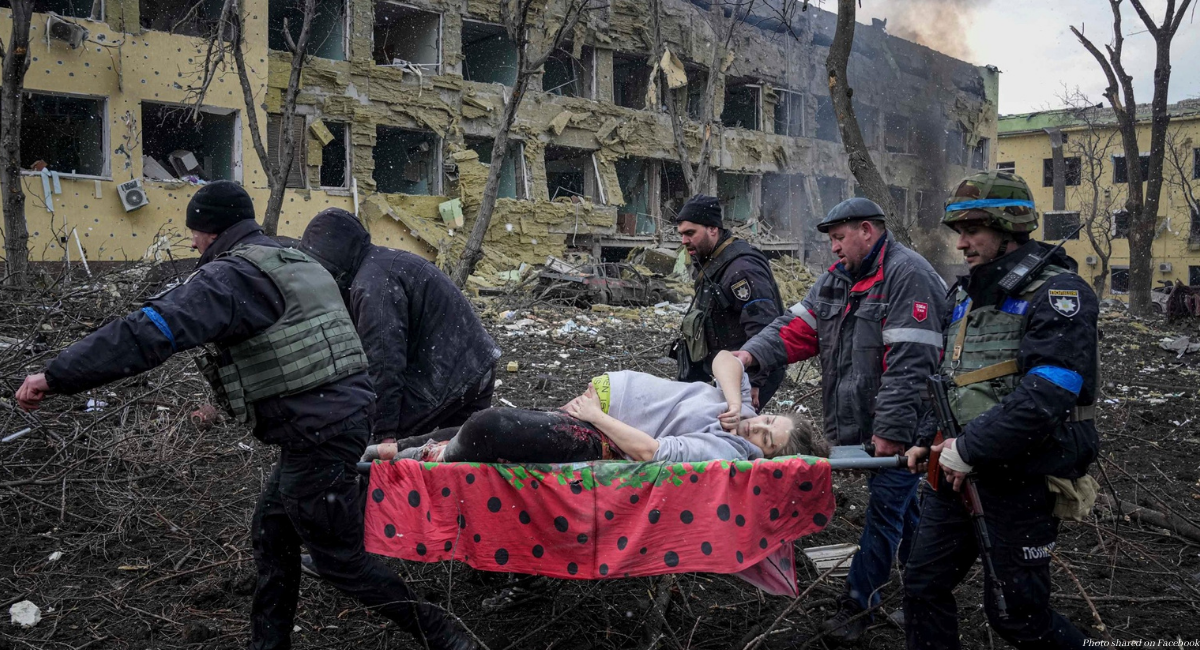 The Russian invasion of Ukraine continues to have tragic consequences, as the bombing of a hospital has led to the death of a pregnant woman and her preborn child.

Last week, Russian forces bombed a maternity hospital in Mariupol. The Associated Press shared a photo of the woman being carried out of the wreckage on a stretcher. In the photo, the woman has her arms wrapped around her stomach, with a pale, shocked look on her face. She was one of at least three pregnant women known to have been injured in the bombing, and she is the only one who passed away.

According to Al Jazeera, the woman died begging doctors to save the life of her preborn child. As medics worked to save her, they said she realized her baby was dying, and began shouting, “Kill me now!” It soon became clear that her pelvis had been crushed, and her hips detached. Unfortunately, doctors were not able to save either the mother or her child.

“While she was being resuscitated and the anti-shock measures were being taken, we performed a caesarean section and took a child with no signs of life,” surgeon Timur Marin told Ukrainian television. “The child’s resuscitation for more than half an hour did not work. Resuscitation of the mother for half an hour or more — without any results. They both died.”

Mariana Vishegirskaya was one of the other pregnant women injured in the bombing. She was taken to another hospital, and gave birth to a healthy baby girl. “It happened on March 9 in Hospital No. 3 in Mariupol. We were laying in wards when glasses, frames, windows and walls flew apart,” Vishegirskaya told the Associated Press. “We don’t know how it happened. We were in our wards and some had time to cover themselves, some didn’t.”

Al Jazeera reported that another woman, who has not been named, lost toes in the bombing, but her daughter, Alana, survived after doctors performed a c-section. Alana’s mother, as well as medical staff in the room, reportedly cried with joy when Alana began breathing and crying.

After the horrific attack, which has been called a war crime, the Russian embassy sent out a series of tweets, calling reports from the bombing staged. “The embassy posted side-by-side images of two Associated Press photos, one depicting Vishegirskaya and another of a woman being carried away on a stretcher, placing the word ‘FAKE’ over them in red text,” the Associated Press reported. “The caption claimed: ‘The maternity house was long non-operational’ at the time of the strike.” Twitter has since removed the tweets.

A Ukrainian presidential adviser told the BBC over 2,500 residents of Mariupol have been killed thus far in the Russian bombings.