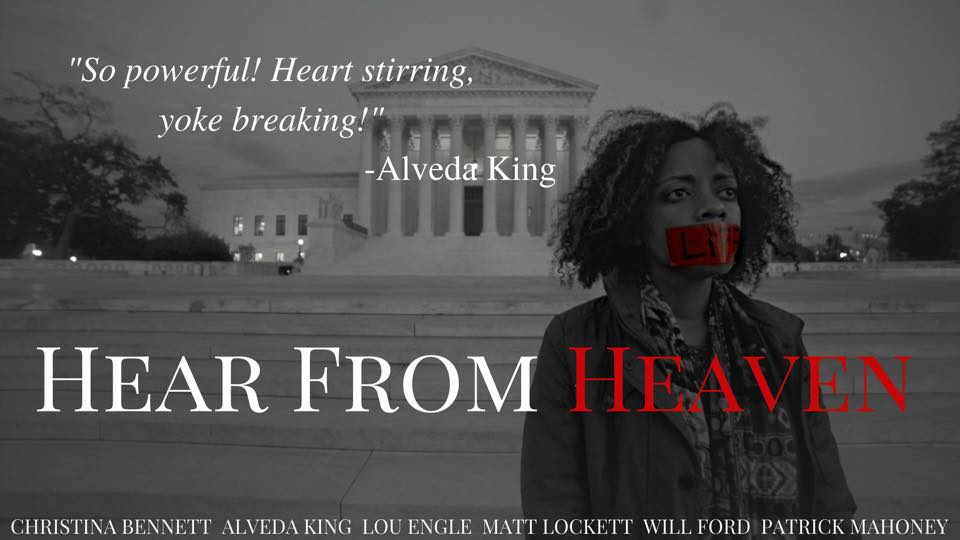 Hear From Heaven from Eyes of the Heart Films on Vimeo.

It was the summer of 2015 and I was preparing to travel to Selma, Alabama. My pro-life friend and leader of the Restoration Project, Catherine Davis, asked me to join her for a gathering called The Selma Project. Davis discovered that the Central Alabama Women’s Clinic in Selma was operating illegally as an abortion clinic, specifically endangering the city’s low-income, minority women. Davis has invested years working to expose the ways in which Planned Parenthood and the abortion industry target Black women. She’s publicly shared the dark history of the organization and the current reality that over 79% of their surgical facilities are in walking distance of lower income minority neighborhoods. Davis’s passion for protecting Black women from the abuses of the abortion industry lead her to blow a trumpet and call people to Selma. 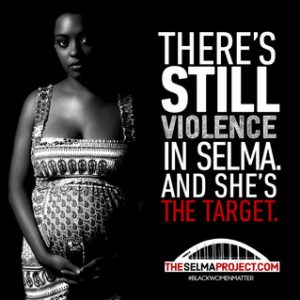 I answered that call along with Alveda King, Charamine Yoest, Will Ford, Dean Nelson and other pro-life leaders. A few weeks before the scheduled trip I got a message from my friends Cara and Matt Hunter. Matt and Cara are pro-life, Christian media missionaries who have an amazing film company called Eyes of the Heart Films. Unbeknownst to me, they’d been praying about sharing the story of how I was scheduled to be aborted, but my mother chose to walk out of the doctor’s office. When they found out I was traveling to Selma, they asked if they could jump on the bus and film the Selma Project gathering along with my story.

Their creative work has resulted in the new, powerful documentary, Hear from Heaven. The film is 35 minutes long and every minute is riveting. The Hunters originally planned to just tell my story but as they worked on the film they knew there was more that had to be shared. They sat down with African-American pro-life leader Alveda King to get her thoughts on the history of Planned Parenthood and its founder Margaret Sanger. They traveled to Washington, D.C and interviewed Matt Lockett, the director of a grassroots prayer movement to end abortion called Bound4Life.  They captured powerful interviews with pro-life leaders Pat Mahoney, Will Ford and others. Hear from Heaven became a testament to how the power of prayer can be used to influence a nation, change laws and end abortion.

The film begins with footage of the prayer ministry Bound4Life standing before the Supreme Court during the 2016 March for Life. The amazing history of Bound4Life and their eleven-year stand before the Supreme Court in prayer is weaved throughout Hear from Heaven. It’s moving to see the sacrifices young people are making to abolish abortion, regardless of the cost. In the opening scene, snow is falling hard, pro-abortion activists are screaming and a group of people is silently praying with red tape over their mouths.  It’s a clear picture that our nation is in a battle over abortion and the stakes are high. 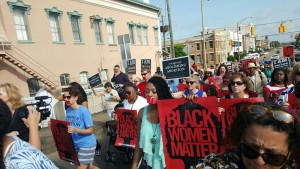 The dearest and central part of Hear from Heaven is my mother’s story. As you will see in the film it was truly a miraculous intervention that lead to my life being spared. The story beautifully reenacts my mother’s decision to walk out of the abortionist’s office. Throughout the film, I share more of my story and the calling I have to pray for the ending of abortion and draw people of color into the movement to abolish abortion.

Since the film’s release, I’ve received messages from people who’ve told me they cried throughout the film. One father told me that the day after he saw the film he went to the store and saw pro-choice protestors standing outside of Planned Parenthood rallying. The protestors were organized and there were only a few elderly pro-life people nearby. The father was so burdened from seeing the film that he went home, got his wife and kids and took them to stand outside of the Planned Parenthood. He made his own “life tape” and used it as a tool for silent prayer.

Hear from Heaven will awaken people to the destructive impact of abortion in our society and move them to become active in ending it. Even those who are not people of faith will still be compelled by the film’s exposure of the evils of the abortion industry. I’m grateful to the Hunters who sacrificed their time and resources to create this heart-stirring film. More than anything I am thankful to my mother who made a courageous choice to grant me the gift of life. Watch this film, share it with others and work and pray for abortion to be abolished.