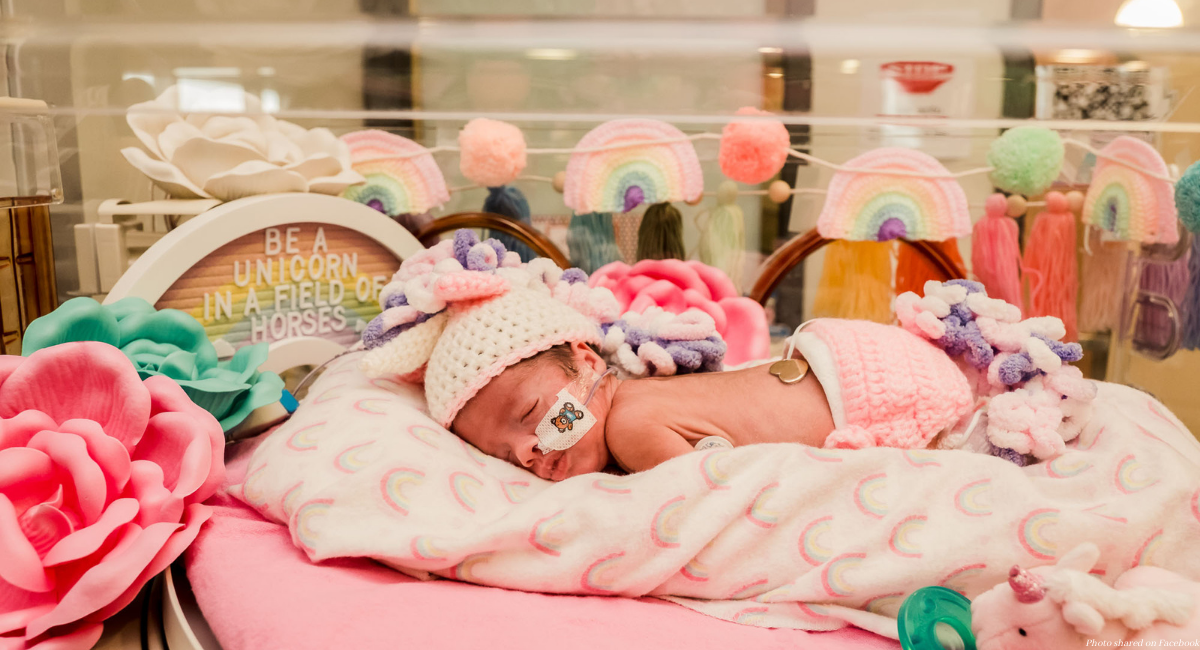 Dealing with a premature birth is stressful for any parent. Most preemies will need to spend time in the NICU, while their parents grapple with the fear, stress, and grief of watching their child try to survive. But NICU workers across the country do all they can to make sure the sorrow of spending the first months as a family in a hospital is lessened, including by celebrating holidays the best way they can. Some recently got into the Halloween spirit with tiny costumes for the precious preemies in their care.

The Henry Ford Hospital in Detroit, Michigan, special-made costumes for their preemies. According to a video posted on the hospital’s Facebook page, NICU nurse Cristen Braun made each costume individually with her mother’s help, and each family got to keep the costume as a keepsake. “Every Halloween our Neonatal ICU team at Henry Ford Hospital in Detroit dresses up our tiniest patients for their first Halloween,” Henry Ford Health said in a statement. “The costumes — which were custom-made for each little munchkin — were disinfected using our Xenex UV robot. We love helping these babies and their parents celebrate their first Halloween!”

Woman’s Hospital in Baton Rouge, Louisiana, said their babies were “too cute to spook,” with costumes like lions, pirates, flamingos, and even popcorn. “Woman’s tiniest patients got in the holiday spirit a little early in honor of the annual NICU Halloween Costume celebration!” the hospital wrote on Facebook.

In Dallas, Texas, Parkland Memorial Hospital got in on the fun, sharing the adorable photos on Facebook. “Boo! Parents of newborns in the Neonatal Intensive Care Unit (NICU) at Parkland created costumes for their little ‘trick-or-treaters’ to celebrate their very first Halloween in style.”

Helen DeVos Children’s Hospital turned their preemies into mermaids, superheroes, and even spaghetti! The costumes were made by Child and Family Life specialist Gay Sexton and her mother, and parents even got to pick their own. “This event is so much fun for parents,” Theresa Hartl, Child Life specialist, said in a press release. “The normalization is so important for bonding with their baby. This may seem just like a lot of fun, but it’s very purposeful as well.”

One baby, Grace Kueppers, is about to leave the NICU for hospice, and her mom pointed out that this could be the only holiday they get to celebrate with her. “We are hoping she will make it to Thanksgiving and Christmas, but this may be her only Halloween,” she said. “Her 2-year-old brother, Brayden, is really excited to meet her. We have already gotten more time than we had thought with her. Every day is a gift.”

Preemies in Jacksonville, Florida, got into the Halloween spirit at Wolfson Children’s Hospital. “CUTEST PUMPKINS IN THE PATCH,” they wrote on Facebook. “Our precious #NICU babies are celebrating their first Halloween & we’re excited to share the adorableness with you. From firefighters to flamingoes — these #WolfsonWarriors are ready to take on the world. Happy Halloween!”

Advocate Children’s Hospital in Chicago, Illinois, had a costume contest, with costumes ranging from burritos to Wayne’s World, as well as a special Chicago Bears category.

The babies in the NICU at Ascension St. Thomas in Nashville, Tennessee, were turned into famous figures like Colonel Sanders and Queen Elizabeth with fun handmade costumes. According to WKRN, nurses Kim Meek, Olivia Horne, and Julie Williams make the costumes by hand each year.

Babies in the NYU Langone Health NICU may not be able to go trick-or-treating, but they can still get in the holiday fun! WABC reported that two dozen preemies participated in the hospital’s annual Halloween tradition.

Aurora Health Care in Sheboygan, Wisconsin, got into the fun with tiny watermelon and cow costumes.

Babies in the UK HealthCare NICU in Kentucky dressed up like the Pillsbury Doughboy, a University of Kentucky basketball player, a fairy, Elvis, and more. “They aren’t old enough to trick-or-treat yet, but our NICU babies already know how to get in the Halloween spirit!” the hospital wrote.

For hospitals across the country, these Halloween celebrations have become a much-beloved tradition. Some, like St. Luke’s Hospital in Kansas City, Missouri, partner with the March of Dimes to give families a special moment among so much uncertainty. “Every day, a child in the NICU can be frightening and uncertain, but holidays are especially tough, as families miss the normal joys of celebrations at home,” Rebecca Keunen, March of Dimes and NICU family support coordinator for St. Luke’s Hospital in Kansas City, Missouri, said in a press release last year. “The idea is to be able to allow parents to have a sense of normalcy,”

Michelle Manual, St. Luke’s director of media relations, added. “In the NICU you might be there for weeks or months and this is to help spend that first Halloween and those special first moments together — make those special family memories with us.”