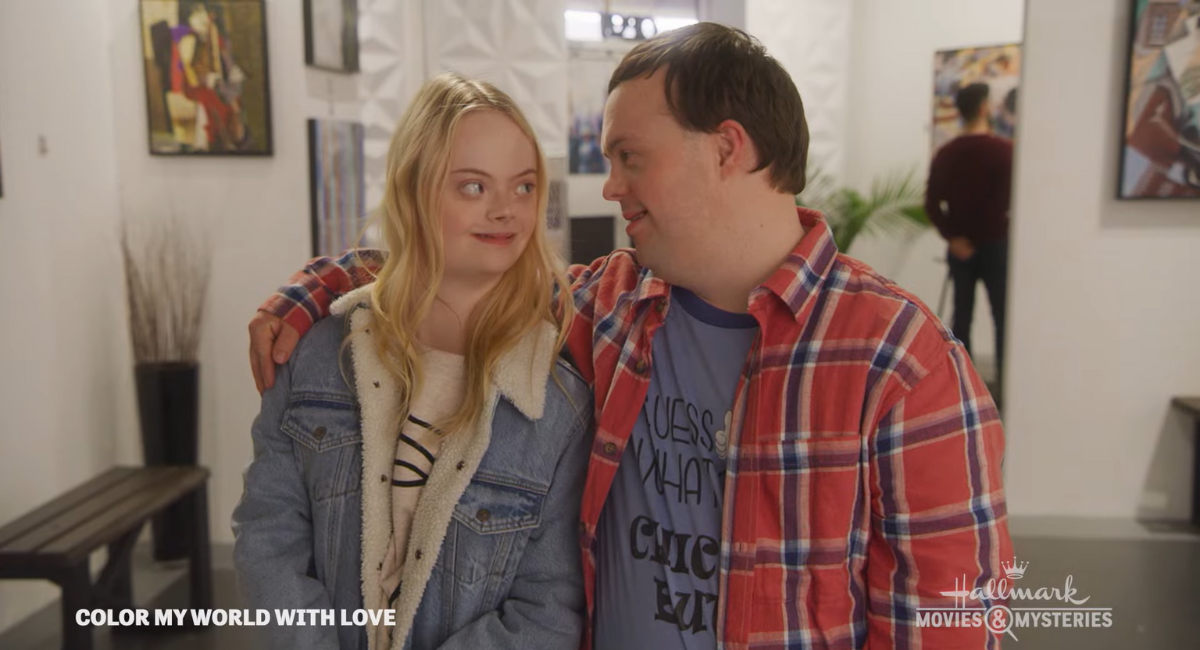 Actress Lily D. Moore, who has Down syndrome, recently made history with her starring role in an upcoming Hallmark movie. But for this rising star, it’s only the beginning — and her dreams are much bigger.

Moore is starring in “Color My World With Love,” in which she plays an impressionist painter named Kendall, who strikes up a romance with a character named Brad, who also has Down syndrome. At the time, Moore said she wanted the movie to show that people with Down syndrome have “endless possibilities.”

“Everyone has a dream to fall in love and get married one day, even people with disabilities,” she told Entertainment Tonight. “I hope viewers take away that ‘Color My World With Love’ is about painting your own story through your emotions and that we all have endless possibilities.”

But for Moore, the Hallmark movie is just the beginning. In an interview with PEOPLE, she said she has a much bigger goal: to be the first actress with Down syndrome to win an Oscar. Nineteen-year-old Moore said she’s been acting since she was six years old, and has always known it was what she wanted to do. “Color My World With Love” was the first step towards opening that door.

“It has always been one of my dreams,” she said. “I finally got that chance.”

Moore is going to be starting classes at Clemson University soon to study health care, saying her goal is to help people and save lives. But her Hollywood dreams haven’t been forgotten, either; she plans to continue acting. “I want to be the first Down syndrome actress to win an Oscar,” she said.

READ: Girl with Down syndrome almost kicked out of New Zealand until last-minute reprieve

“People with Down syndrome have hopes and dreams just like typical people,” she said. “We want friends, get a job, go to college, fall in love, live independently and also get married. We don’t need to have anyone to feel sorry for us.”