The most effective prison has no guards with guns, nor cells with bars. The enslavement of the mind in the prison of false narrative is so deceptive we submit to it willingly.@prayingmedic

Thirty-three years after America ended the horrific practice of enslaving Blacks, the Supreme Court restored the habit of treating people differently based on the color of their skin. Eugenicists and segregationists cheered the Plessy v. Ferguson decision as they continued terrorizing former slaves, using skin color to keep them divided from the community they once were forced to embrace.

The segregationist culture began to shift in the mid-1950s, when the Civil Rights movement exposed the horror and terror embedded in the Jim Crow laws. Most of America grew to reject discrimination based on skin color. Realizing the passage of the Civil Rights Acts would impede their agenda of controlling the Black birth rate, eugenicists like Planned Parenthood founder Margaret Sanger and Alan Guttmacher turned to the federal government to continue their population control maneuvers. With racist allies like President Richard Nixon, a devout population control enthusiast, Sanger and Guttmacher set the stage for abortion on demand. By 1973, their dogma won out when Roe v. Wade established the so-called right to abortion.

Abortion on demand also aided the government’s establishment of an office to administer family planning programs, specifically for the poor. On Christmas Eve 1970, the Democrat-controlled Congress rejoiced that Public Law 91-572, 84 Stat. was passed, ushering in the age of population control in America to be administered through the Office of Population Affairs (OPA). This office exists under the U.S. Department of Health and Human Services (HHS). Despite the law prohibiting organizations that “use abortion as a family planning method” from receiving Title X funds, the Office of Population Affairs has provided Title X funds to Planned Parenthood, the nation’s leading abortion provider, almost from the passage of Roe v. Wade.

READ: Were programs like Title X started to curb the population of certain people groups?

Today, Planned Parenthood commits more than 30 percent of all abortions carried out in this country and receives more than a half-billion taxpayer dollars while doing so. Camouflaging their eugenic intent in the rhetoric of providing “access to health care,” they have long targeted the Black population while collecting taxpayer dollars through Title X and Medicaid.

Every administration since 1970, whether Democrat or Republican, has ignored the violation of Title X and other federal laws that ban using federal dollars for abortion. Planned Parenthood has committed Medicaid fraud, has ignored laws regarding child sexual abuse, has enabled sex traffickers to maintain their “trade,” and has sold the body parts of babies they aborted, among other crimes. Despite all these egregious acts, they continue to freely dip into the taxpayer coffers because the United States Department of Health and Human Services refuses to enforce the laws related to family planning.

More than 60 million babies later, 20 million of whom are Black, it may be time to shift America’s culture yet again. President Trump’s HHS has not fulfilled its self-proclaimed mission of protecting the weakest among us. Instead it is choosing to follow the business as usual model that has allowed a genocide on America’s most vulnerable.

The time has come to end the genocide and to hold those committing the genocide accountable. It is time to strip away the false narrative that abortion is akin to a civil right. It is time to open the prison bars and liberate those who are enslaved to the false narrative that abortion is safe and rare. The time has come to “Speak up for those who cannot speak for themselves; ensure justice for those being crushed” (Proverbs 31:8) by dismantling the Office of Population affairs and pursue all avenues of prosecution against Planned Parenthood for its decades of atrocities.

Read more about the author, Catherine Davis,  founder and president of The Restoration Project, here. 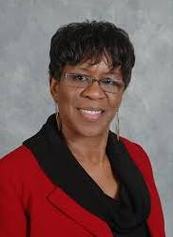 Editor’s Note: The opinions expressed are those of the author and not necessarily of Live Action News.