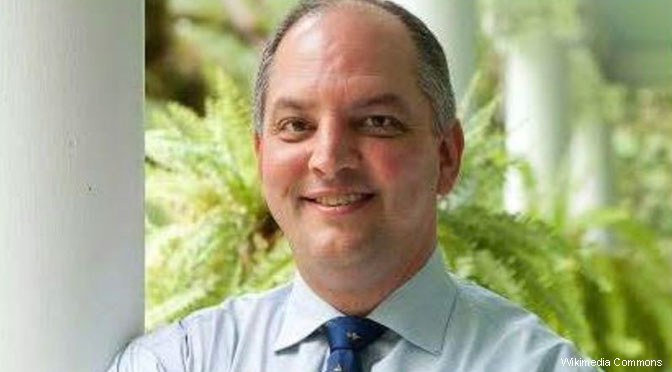 Earlier this month, Mississippi passed into law a bill that banned abortion after 15 weeks of pregnancy. When Governor Phil Bryant signed the bill, he stated, “As I have repeatedly said, I want Mississippi to be the safest place in America for an unborn child.”

John Bel Edwards, a Democrat, is the governor of Louisiana, which neighbors Mississippi, and he was asked by radio host Jim Engster about the new ban, and whether or not he would be willing to sign a similar ban. Edwards replied, “Well, as people know, or I guess should know or will know, I am very much a pro-life individual when it comes to matters of the unborn – not just the unborn, however. We were just talking about Medicaid expansion. The same Catholic Christian faith that informs my views on abortion also tell me that Medicaid expansion is the right thing to do.”

He went on to say, “It remains to be seen whether that bill will make its way through the process. I would be inclined to sign it if it hits my desk, but I have not yet had any conversations with senator Milkovich or any other legislators or any other interest groups about that bill.”

Senator John Milkovich, a Democrat, introduced SB181 in February, which would ban abortions in Louisiana after 15 weeks. The bill would penalize doctors who commit abortions past 15 weeks, not women who pursue them.

Between 13 and 24 weeks of pregnancy, the method typically used for abortion is called a D&E, dilation and evacuation, or dismemberment abortion:

Edwards has previously signed pro-life legislation into law, including a recent bill that banned dismemberment abortions, and he has a 100% pro-life voting record. He also has spoken frankly about the challenges of being a pro-life Democrat, which he says are larger than they should be. While he calls himself a proud Democrat, he also said that “it’s going to be increasingly difficult to navigate these waters if the party doesn’t moderate on this issue.” He also has called for other pro-life Democrats to speak up and be more vocal, saying, “[S]ometimes it’s easier for those folks who feel like we do on this issue to remain silent … but remaining silent isn’t going to get the job done.”