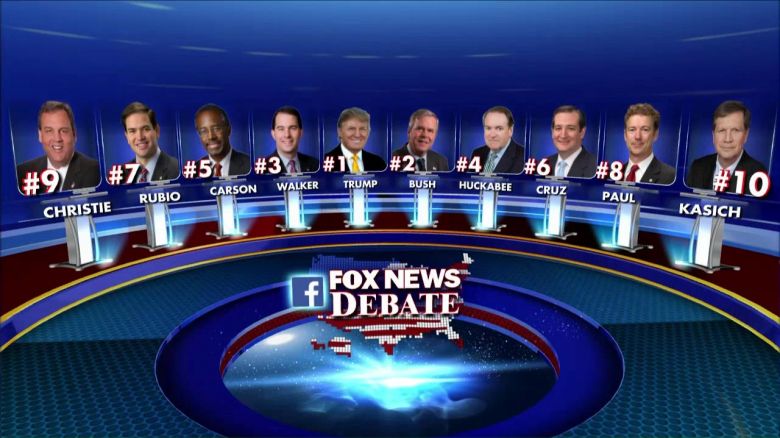 Though not the subject of the evening’s most tumultuous on-stage fights, abortion was a recurring theme for the top ten candidates for the Republican presidential nomination during Thursday night’s primetime debate (transcript).

The first moment came with Megyn Kelly charging Wisconsin Governor Scott Walker with opposing abortion even “to save the life of the mother,” asking if he was “too out of the mainstream on this issue to win the general election?” In response, he asserted his position was “in line with everyday America,” clarifying that “I’ve said many a time that that unborn child can be protected, and there are many other alternatives that can also protect the life of that mother. That’s been consistently proven.” Next, former Arkansas Governor Mike Huckabee declared that because a constitutional amendment banning abortion would be a “long and difficult process,” the next president should instead “invoke the Fifth, and Fourteenth Amendments to the constitution now that we clearly know that that baby inside the mother’s womb is a person at the moment of conception,” in order to “protect children instead of rip up their body parts and sell them like they’re parts to a Buick.”

Later on, Florida Senator Marco Rubio disputed an assertion that he favored a rape exception for abortion: “I have never said that. And I have never advocated that.” He went on to condemn the culture of abortion-on-demand:

Sen. Marco Rubio on abortion: “I think future generations will look back at this history of our country and call us barbarians for murdering millions of babies…” #GOPDebate

Over the course of the evening, Kelly pressed two candidates on apparent inconsistencies in their pro-life campaign stances.

Regarding former Florida Governor Jeb Bush’s board membership with the pro-abortion Bloomberg Foundation, she asked, “How could you not know about these well publicized donations?”

Bush answered that his interest in the board was education reform, that he neither knew about the charity’s donations to Planned Parenthood nor examined the foundation “item by item,” and that “it doesn’t matter,” because “my record is clear” in cultivating his state’s “culture of life.”

She also brought up businessman Donald Trump’s past support for abortion, including partial-birth abortion. In response, he claimed he is today “very, very proud to say that I am pro-life,” thanks to “friends of mine years ago [who] were going to have a child, and it was going to be aborted. And it wasn’t aborted. And that child today is a total superstar, a great, great child.”

Finally, New Jersey Governor Chris Christie deemed himself a “conservative, pro-life governor in a state where it is really tough to be both,” while Texas Senator Ted Cruz declared he was “proud to fight and stand for religious liberty, to stand against Planned Parenthood, to defend life for my entire career.” In his closing statement to the American people, Ted Cruz emphasized his commitment to stop the atrocities at Planned Parenthood, stating that one of his first acts as president would be to “instruct the Department of Justice to open an investigation into these videos and to prosecute Planned Parenthood for any criminal violations.”